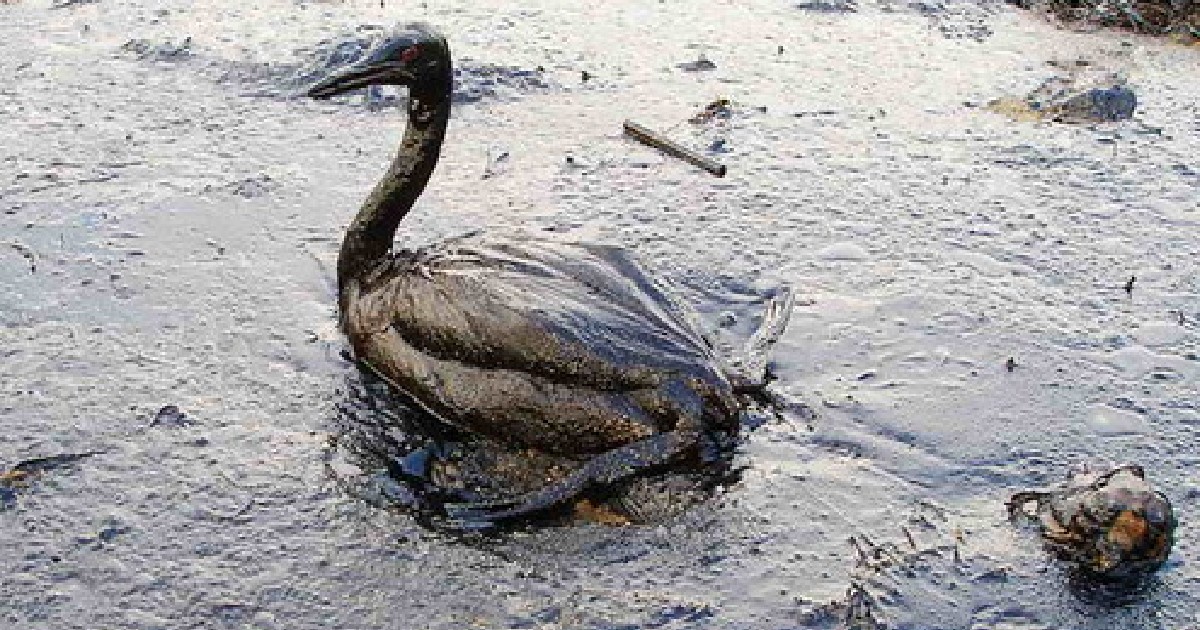 Image Description: a bird covered in oil from an oil spill.

The Oxford Climate Justice Campaign today disrupted an online careers fair hosted by the University Careers Service, calling for fossil fuel companies not to be allowed to attend the events.

The campaign disrupted the event by encouraging students to send messages to the companies via the online platform that the careers fair was hosted on. Over 70 companies attended the Science, Engineering and Technology fair, which is aimed at giving STEM students access to jobs in the science sector.

The campaign group states that its purpose is to pressure the University of Oxford to break its ties with the fossil fuel industry. In a tweet encouraging students to take part in the disruption, the campaign states: “We need fossil fuel companies @bp_plc and @Equinor to know that they can no longer pillage the talent and intelligence of our student body to further their own disruptive practices.”

“You have lied to us before. In 2001, BP promised to focus on renewables but ended almost all these investments after the Deepwater Horizon Spill. Your current promises (if delivered) would see clean energy investment only reach 13% by 2025. Why should we believe you when you have failed to act on the climate crisis for 40 years.”

The campaign commented on its demonstration, saying that they believed that previous actions taken by the group had led to changes to the virtual platform, meaning that they were unable to book interview slots with the companies in question.

“This year BP and Equinor came better prepared for our disruption than ever before. This is the first year we believe that fossil fuel companies such as Shell, Schlumberger and Glencore have not attended the Careers Fair and this year saw BP and Equinor less actively involved in the Careers Fairs than ever before. We believe this demonstrates conclusively that our actions are working.”

“To our surprise it was not possible to book interview slots today with BP and Equinor, despite the fact, you could book such slots with many other companies. We think it is likely these companies limited the number of slots available in preparation for our disruption. We are glad that the pressure the student body is putting on these companies is forcing them to gradually cut their ties with Oxford University. Nonetheless, we were still able to send lots of messages to these companies through the chat function calling on them to end their destructive practices.”

“Today, over a dozen of Oxford’s top climate scientists called on the UK to end new oil and gas development which companies such as BP continue to fund. We will continue to take bolder and bigger actions until Oxford University listens to its own climate scientists and stops supporting this destructive industry.”

This comes as over 70 climate scientists have today called for the Prime Minister to end further gas and oil development in the UK, including over a dozen Oxford scientists. In a letter reproduced in The Independent, the Prime Minister is warned about catastrophic impact of oil and gas production, and is asked to commit to stopping new development of oil and gas fields, alongside ending the policy of Maximising Economic Recovery from North Sea oil.

One signatory, Dr Friederike Otto, who is an Associate Director of the Environmental Change Institute told The Independent that:

“Every tonne of carbon matters. It means higher global temperatures, more and hotter heatwaves and more lives and livelihoods lost.”

“We are aware of a small number of chat comments about climate issues at an online Careers Service event yesterday.”

“The Careers Service offers an impartial service which allows students to make informed choices about their futures through access to employers and professional networks.”

“The Service is very concerned about the climate crisis and any employer wishing to advertise roles and opportunity on our systems must answer a set of questions to allow students to find out more about their sustainability credentials. Students are able to easily access an organisation’s stance on the climate crisis, its plan on how it will achieve Net-Zero by 2050 and remain profitable, and other relevant credentials in the area of sustainability.”

“The Careers Service recognises that working towards achieving net zero and making a real impact is high on the agenda of Oxford students and graduates when it comes to finding jobs. The Service is hosting a series of informative, virtual careers events in 4th Week of Michaelmas to help students explore a range of career paths in sustainability, coinciding with COP26. Working Towards a Sustainable Future: Building an Impactful Career welcomes small start-ups through to global employers to share tips on finding green internships, how to make it in corporate sustainability, environmental law careers, and more.”

This article was updated to include comment from Oxford University.