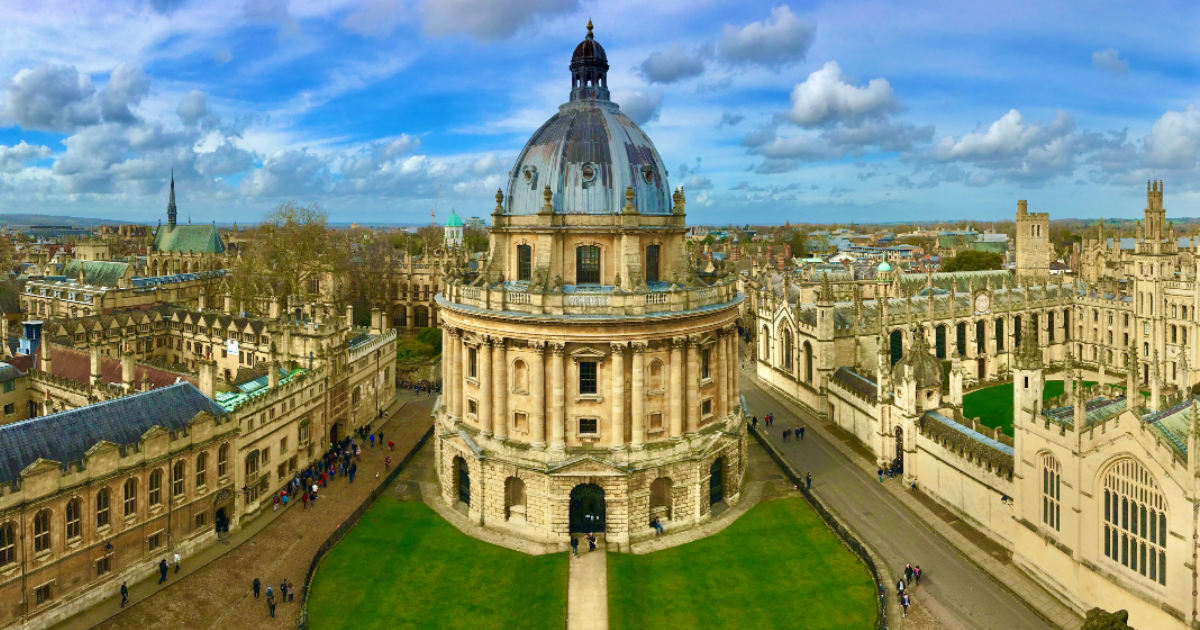 Never heard of St Benets? Neither had I

Image description: A view of the Radcliffe Camera from University Church of St Mary’s

Those fateful words that spark the most tedious conversations for those who attend one of Oxford’s Permanent Private Halls (halls founded by particular Christian denominations that are often smaller than colleges).

“The one with the monks” is my usual follow-up to informing people I go to St Benet’s Hall. Occasionally this is met with some knowing nod, with my opposite number having probably heard of some cultish rumours about the monks and students. Alternatively, they may have once had a chance encounter with one of the very, very few people that go here.

More commonly the utter verbal deficiency and awkward eye movements of the enquirer spell a clearer if unspoken response: “what the fuck is that?”.

Although attending St Benet’s Hall may be conversational suicide, it has its upsides: a close-knit community, a smashing formal dinner, and the ability to sit with fellows and tutors at a common dining table.

There are only around twenty to thirty undergraduates in each year at Benet’s. Consequentially, within weeks you’ll have gotten to know everyone and can make friends remarkably quickly. If coming to university seems a daunting experience, then somewhere with an environment as intimate as Benet’s may work extremely well for you.

The tightness of the community is reflected in the structure of the college. Communal eating forms a central part of the Benet’s experience and students often find themselves sharing food and drink with their tutors, or even the master of the college, at meals.

More so, with comparatively few undergraduates to cater for, the dining standard is often very high. The infamous Benet’s formal, desired by many but open to the few, includes: copious amounts of sherry beforehand, a delicious three-course meal accompanied by two glasses of wine, occasionally port afterwards and talks by academics. All of that for only a couple of quid too – not a bad deal.

There is, of course, a flip side to this: where there is closeness there is claustrophobia. Gossip is a given and it’s no secret that whatever events coloured nights out, be they private or public, will be common knowledge within weeks. There is a sense, too, that you come to university to meet a much larger number of people. With Oxford so predicated on the collegiate system, you have to wonder whether you pulled the short straw in ending up at a college with an enrolment smaller than that of most primary schools.

St Benet’s Hall is both physically and financially limited. The issues with this range from the inconsequential to the very problematic. An inconsequential problem, for example, would be the fact that we do not have a proper college ‘bar’. Despite the resounding praise from the Oxford College Bar Review, the Benet’s bar is quite simply a fridge in a cramped, underground room, from which we sell cheap cans of beer and spirits (it also only opens about twice a week for a few hours). Whilst novel, and occasionally good fun, its hardly the go-to place for a drink.

More significantly, the Hall’s lack of money means that all undergraduates have to pre-pay for all their meals – even when they are living out! Worse, the price of the food is extortionate, with Benet’s battels being some of the most expensive in the whole university. The reality is that expecting undergraduates to turn up for every meal is ridiculous. Even if you assiduously attended as many meals as possible, if you have any commitments that take-up time – evening sports training, for example – you’re automatically wasting money on a meal you simply won’t have the chance to eat. You can often ask a friend to plate a meal up for you if you cannot attend, so its not all doom and gloom. Yet, this is certainly an inconvenience that no other college in Oxford has to face.

A broader issue, that relates to all PPH’s, is the fact that we are excluded from the College Contribution Scheme (CCS). This scheme works with a view to pooling money from wealthier colleges (those that have taxable assets amounting to £45,000,000 or more) to poorer colleges through a system of grants.

to get access we need the colleges themselves to vote in favour of including us.

Benet’s itself is very poor, and according to its 2019 financial report “the present level of both free and restricted reserves is substantially less than required for the future sustainability of the hall”. The lack of access to the funding from the CCS means that the Hall has no way of mediating the problems caused by its stretched resources. Indeed, travel and book grants at Benet’s are harder to come by than elsewhere. We are very lucky, for example, that this year we have access to a £150 book grant for this year – not a given occurrence though, but the product of arduous fundraising. Indeed, last year the book grant was only £50.

The likelihood of us ever getting some of this CCS funding is unlikely. Even though the Student Union voted unanimously for PPH inclusion in the CCS, there has been no movement on this demand. The problem is that to get access we need the colleges themselves to vote in favour of including us. In effect, then, we’re asking the poorer colleges that already use the scheme to voluntarily dilute the funding they receive to prop us up. The chances of getting access, then, are obviously slim.

What really compounds the frustration of these inequalities is the fact that very few people actually apply to Benet’s (perhaps one to three a year), where most students are pooled at interview. Therefore, for a lot of students here, the feeling is that you have to deal with issues that others don’t due to a collegiate structure that you can have no impact on, in a college that you didn’t choose in the first place.

Overall, Benet’s is a sound place to be. The people are class, and you do have good fun. However, its time to stop glossing over the fact that life between colleges and PPH’s (particularly Benet’s, which is quite a bit smaller than Regent’s Park – the other PPH that admits a number of undergraduates) is different. It’s not to say necessarily life is worse, but you can’t escape problems like the glaring financial inequality that affects students here.