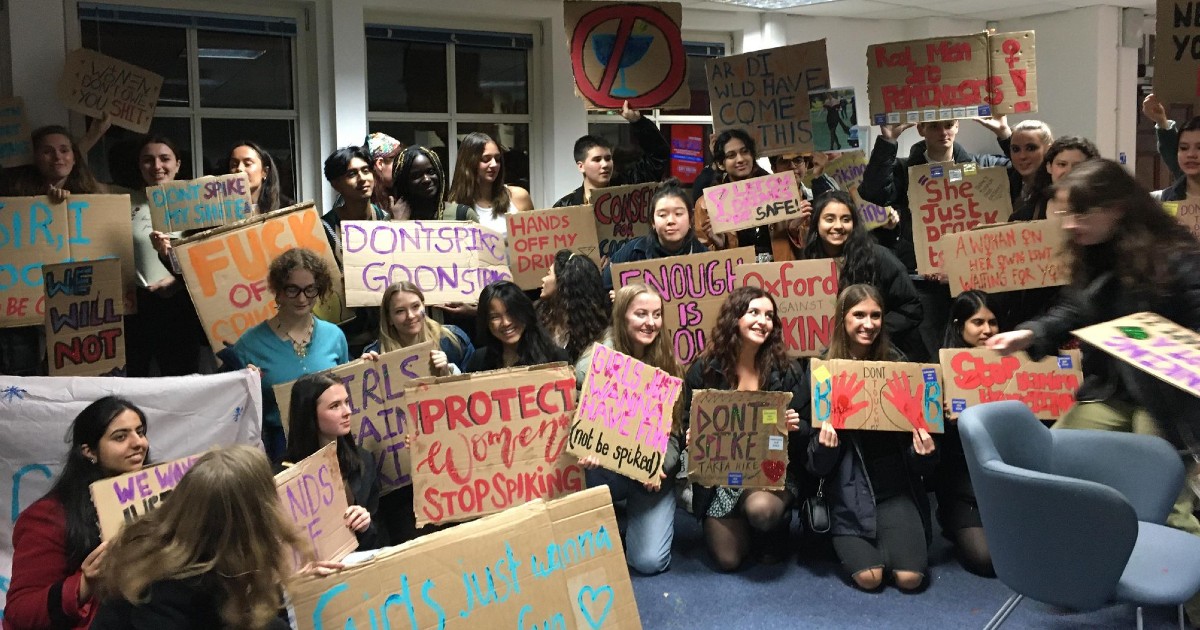 ‘It Happens Here’ led a protest at 10pm on Wednesday night calling for meaningful and lasting change in response to levels of spiking experienced in Oxford. The protest began at the Student Union where a large group of approximately 40 students of all genders gathered ot make signs before being led to Broad Street.

The leaders included Ellie Redpath, Rose Morley and Holly Housden as representatives of It Happens Here campaign, FemSoc and Wom*Cam.

Following the announcement of the nightclub boycott, in response to which ATIK announced it would be closing “in solidarity with the nightlife boycott.”, the protest met at the steps of the Bodleian Libraries on Broad Street with large crowds of up to 500 gathering throughout the evening. 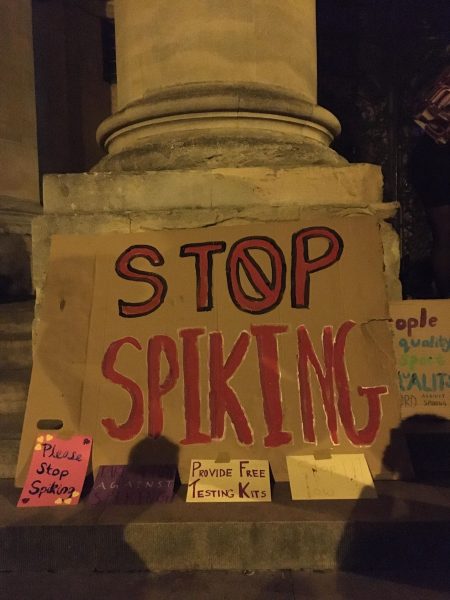 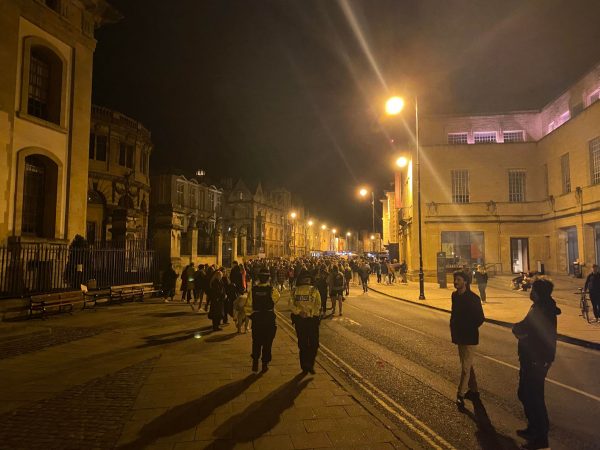 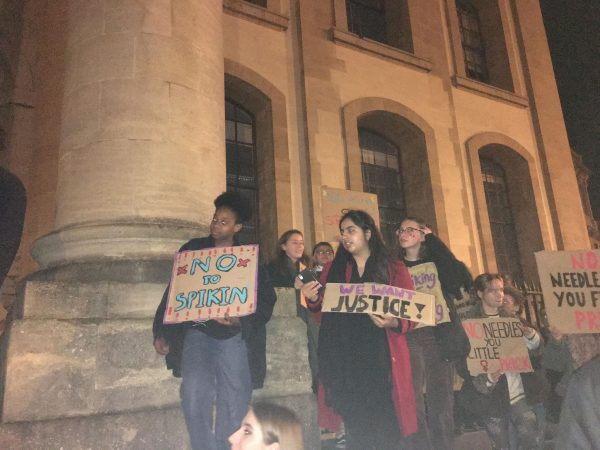 Ffion Samuels, the LGBTQ+ rep for ‘It Happens Here’ campaign spoke exclusively to the Oxford Student and said of the event “ we’re trying to change the way colleges and sports teams deal with this issue. We want to change their approach. We want to make lasting change [because] It’s frustrating when we continually raise awareness but our changes aren’t implemented.”

At the protest a variety of speakers took to the megaphone and thanked everyone for turning out, and with such vocal support. Organisers such as Rose Morley stated that the purpose of the march was so that those who identify as women can feel “happy and safe”. She continued “we’re doing something great. We’re raising awareness. We’re making real, tangible change. We’re doing something that’s really important here.”.

Her words were echoed by other speakers as well as the crowds who gathered, members of which included the SU President Anvee Bhutani who held a sign stating ‘We Want Justice!’ and stood at the front as the protest unfolded. Bhutani took to Twitter to say “It was so great to see over 500 people gather tonight against spiking but heartbreaking that we have to do something like this in the first place. Women deserve better and we are demanding better”.

Also in attendance was  English journalist, writer, stand-up comedian, Labour Party politician, and councillor for Rose Hill and Iffley in Oxford City Council, Shaista Aziz, who spoke out about the need for intersectionality within the movement and called for support for a motion she will present at Oxford City Council asking for greater support and protection for women and young girls. She ended her speech with the statement that “until we are all free, none of us are free”.

Following the end of the official speeches, the crowd marched down Broad Street towards ATIK and other nightclubs and gathered considerable support and momentum with crowds swelling to over 500.

‘It Happens Here’ and other campaigns reiterated their commitment to making Oxford nightlife safer for all and publicised their social media campaigns, calling for JCR motions, continued boycotting and demands for justice. As the movement took to the streets, safety reminders were issued including not to go home alone and stick to the groups that you came with.