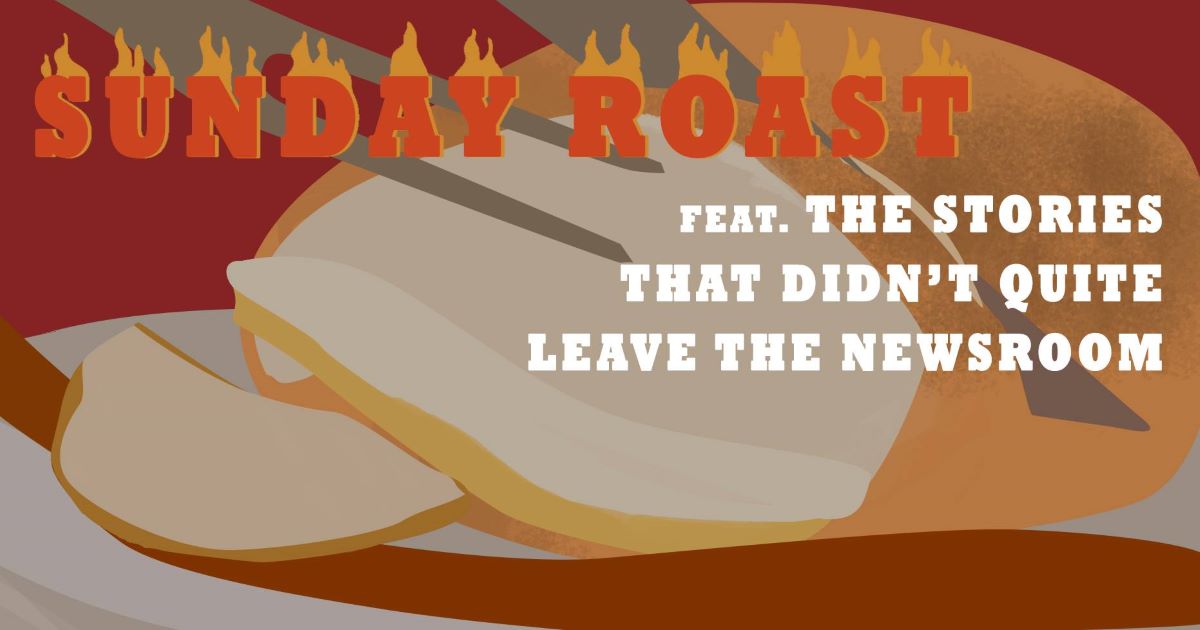 BREAKING: NOT ALL NEWS IS ‘BREAKING NEWS’

It’s Sunday [Editor’s note: sort of], which means that Rordon Gamsay, the OxStu’s reigning Snakes and Ladders champion, is back with some more news stories that other journalists of a lower calibre may have overlooked this week.

BREAKING: NOT ALL NEWS IS ‘BREAKING NEWS’

The student journalism world was shocked last week after it was warned it could not describe news as ‘breaking’ if other news organisations had already reported on the same event more than 24 hours earlier.

“‘Breaking news’ is by definition news which has happened recently, or a story which is currently developing,” senior philologist Ayn Erd told Gamsay. “You cannot label as ‘breaking’ a report of an event which has already terminated and been relayed to the public via other outlets days before you do.”

In connection with this revelation, the Oxford Blue has been contacted for comment.

INVESTIGATION: FOURTH YEARS ‘NOT IRRELEVANT YET’

Those whose courses extend beyond the typical three years, largely STEM or Classics students and therefore already saddled with a reputation for being losers, have often been dismissed by the wider student body as ‘old people’ and ‘unknowns’. However, exclusive investigations from Gamsay have revealed that, contrary to popular belief, fourth years are not actually irrelevant.

A Biochemistry fourth year told Gamsay that she knew at least one fresher and had been to a singular Bridge Thursday this term. “This proves my relevance,” she stated.

A final year Engineering student asserted that he was ‘not boring’ and ‘still got around loads, even if [he didn’t] understand the deeper meaning of ‘good soup’ TikToks’. This interview took place at 10pm on a Saturday, and the subject in question was drinking Riesling and shining his shoes whilst answering questions.

“I might go to bed after this,” he revealed when the interrogation was over.

To get into the festive spirit, Rordon Gamsay decided to penetrate the darker side of Oxford this week and deliver some Halloween-themed novelty scoops. Having already covered the graveyard that is the Clarendon Centre in last week’s Roast, to honour the season Gamsay dared to go where few have gone before: the very depths of the Gladstone Link.

However, what he found was not kitsch Halloween fun but genuine terror. The tunnels of the Gladstone Link remain largely unexplored, known only to the most depraved of students who enjoy studying in windowless pits with flat fluorescent lighting that makes everyone look hungover, even on the off chance they aren’t. Dwelling in the depths of the Link, Gamsay found such warped and twisted students, bands of evil librarians looming out of the shadowy gloom, and the most terrifying thing of all: the Bodleian Library’s collection of feminist literature.

Due to the fright incurred on this expedition, Gamsay has had to postpone his investigation of other cursed University landmarks, which had included the vaguely Harry Potter-themed gift shops no one visits, and the awful cookie man with arms that lurks opposite McDonald’s.

In what was undoubtedly an enormous blow to a certain Editor In Chief’s ego, the OxStu website was down for a entire day this week. In an even bigger blow, absolutely no one noticed.

Editors complained that they did not feel that their incredibly important student journalism was appreciated enough by the public, who did not notice that nothing had been uploaded to either Facebook or Twitter throughout the course of the day. When it was suggested that they might use the time that the website was down to “work on their degrees”, contributors and editors responded with outrage, unable to see what could be more important than breaking news about the Univ cat.

One EiC, who wished to remain anonymous but is likely to share this story all over their socials with a try-hard caption, commented:

“I didn’t know what to do with myself for the whole twelve hours that my baby was gone. I refreshed WordPress about 100 times and even learned what a DNS connection is. It felt like the biggest breakup I’d ever gone through; I’ve invested a lot of time and energy into that website.”

Happily, the website is now live again [Editor’s note: clearly, you’re reading this on it] and the editors have returned to their normal pastime of waiting for the computers in the SU to load.