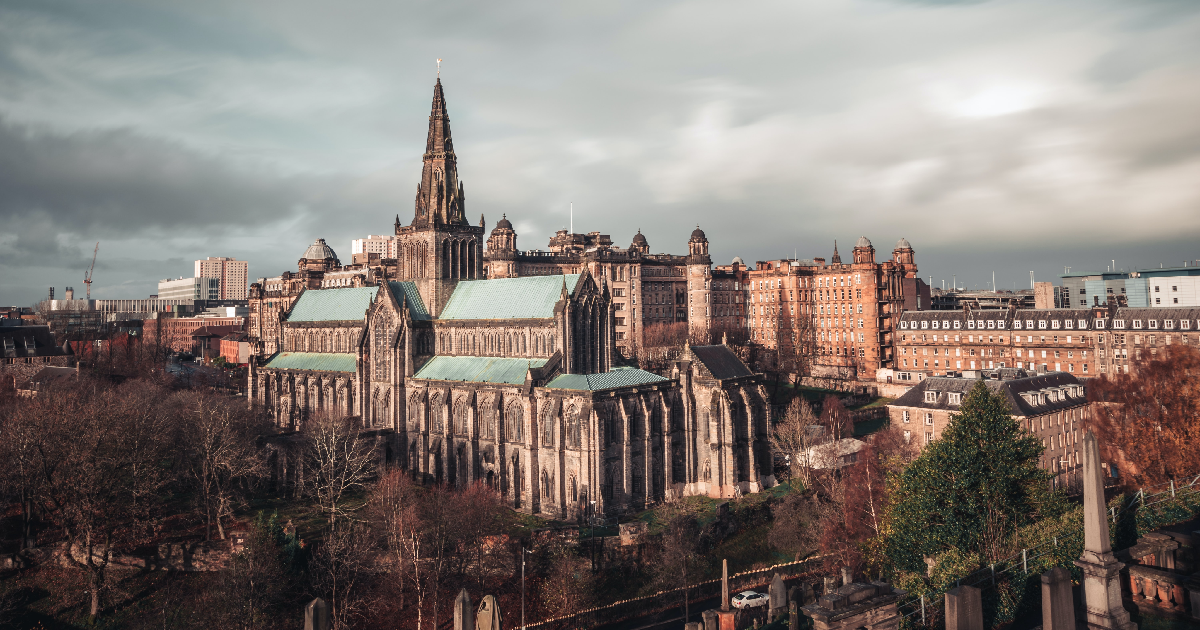 COP26: What is it and what will it achieve?

Image description: An aerial view of Glasgow, where the COP26 Summit is being held

Often described as Earth’s last best hope to limit the effects of global warming, pressure begins to mound as state leaders, climate experts and activists prepare for the 26th Conference of the Parties (COP26). The summit, already a year postponed, will commence in Glasgow on the 31st October and will be attended by 197 countries, with over 20,000 people estimated to arrive. As the world waits with bated breath, we look back at the journey thus far, taking apart the successes and failures of the climate talks and diving into buzzwords like ‘Ratchet mechanism’ and ‘Article 6’ to better understand what the likely outcomes of the talks will be and the gravity of the decisions that will be made.

COP26 is the 26th instalment of a yearly conference held by members of the United Nations Framework Convention on Climate Change (UNFCCC). It is here that we finally see each country’s action plans to tackle climate change following the targets set in the all important Paris agreement back in 2015. The 2015 talks, i.e. COP21, saw for the first time, nearly every country on Earth agree to reducing greenhouse gas emissions and limit global temperature rise to a maximum of 2 degrees celsius, with the ideal goal of 1.5 degrees celsius.

Notably, however, countries did not have to put forward any immediate action plan following the talks, allowing time for each agreeing member to draft their proposals; the culmination of these 6 years of planning will be laid bare as they present their Nationally Determined Contributions (NDC’s) at the summit. If the Paris agreement aimed to publish a rulebook for Earth’s battle against climate change, then the NDC’s at COP26 is the first edition draft. But as the world grasps with the economic and humanitarian fallout from the coronavirus epidemic, the name of the game, more so now than ever, is money.

The success of COP26 will be entirely predicated on the ambitiousness and binding power of each country’s plans, yet there is growing concern that some of the ‘big players’ will renege on their promises, instead opting for immediate financial and energy security.

Leaked documents revealed by Unearthed show wealthier countries, in particular Switzerland and Australia, expressing displeasure in providing financial aid to poorer nations despite agreeing to such measures in the 2009 Copenhagen conference. The world’s poorest countries had been promised at least £100bn a year to help cut their carbon dioxide emissions, yet to date only £80bn have been provided. For these nations, fossil fuel remains the cheapest, most efficient and reliable source of energy, and the transition to renewable energy takes cash, a lot of it. Without investment, developing countries simply cannot afford the change to renewables, prompting concerns that this will be reflected in the NDC’s they put forth.

The UK government, alongside Germany and Canada, are expected to propose a plan for climate finance to back developing countries, but in light of recent cuts to the UK’s overseas development aid this now seems uncertain.

One concern regarding the leaked documents has been the lobbying by governments and companies, putting pressure on the scientists on the Intergovernmental Panel on Climate Change (IPCC). Their assessment will determine the cuts that need to be made to fossil fuel/coal industries, carbon dioxide emission levels, agriculture expansion and more; thus the latest report will be crucial in the upcoming COP26 negotiations. The IPCC has since responded to the documents and reiterated their stance on objective reporting; leading climate scientist Professor Corinne le Quéré stressed in her interview with the BBC that “if the comments are lobbying, if they’re not justified by the science, they will not be integrated into the report”. Nonetheless, the criticisms levied against specific aspects of the report may serve as an indicator of their position at COP26, with countries like Norway and Saudi Arabia potentially less likely to support measures that will immediately phase out the use of fossil fuels, or countries like Australia and China less likely to support proposals to cut funding for coal industries.

Whilst this may not necessarily undermine the long term goals of the Paris Agreement it certainly puts us closer to seriously overshooting the 2 degree celsius limit. The ratchet mechanism, a non-official term coined from the Paris agreements, is perhaps the best outlook for countries sluggishly enacting environmentally friendly policies. This mechanism allows countries to push their goals incrementally every 5 years, creating a cycle of ambition in the hopes that nations will develop bolder targets over time.

The ‘final boss’ of the negotiations, so to speak, will be finding a way to cut 20-23 billion tonnes of carbon dioxide per year to avert dangerous warming. Article 6 of the Paris agreement was proposed as a way to incentivise countries to mitigate serious global warming. It outlines a way in which countries who are struggling to meet their targets can “purchase” emissions reductions from those that are meeting or exceeding their climate commitments. However, if done improperly, Article 6 could seriously undermine the effectiveness of the NDC’s.

Picture this, if country A builds a large scale wind farm offsetting their carbon dioxide emissions by x amount and country B purchases those credits from country A, country A can no longer claim it has reduced its carbon emissions by x amount. If that was confusing, you are certainly not alone, Article 6 was one of the most complex concepts set out in 2015 and wasn’t fully agreed upon until 3 years later. The Herculean task of unifying everyone to a single consensus has been the major cause of delays in hitting checkpoints and with very few countries on schedule it is perhaps unsurprising that with current policy in place, Earth is on track to reach a whopping 2.7 degrees celsius by 2100.

Boris Johnson has said the outcome of the conference will be a “turning point for humanity” and as the summit fast approaches, experts and activists alike have been pleading with governments to take serious action towards curbing the effects of climate change. Many have expressed frustration at the lack of tangible policy decisions and have felt discouraged by years of inaction. With the world waiting for the few to determine the future of the many it is now more crucial than ever for the public to maintain pressure on their governments in upholding the agreements set out in the Paris accords.

Ahead of COP26, a recent YouGov polling has observed how most people across Europe worried about climate change, with 65% of Britons surveyed saying they were “very worried”. With the population more and more engaged each day, pressure on governments to take action has never been higher. COP26 looks set to either usher in a leap forwards in global green politics or to be a disappointment that we can ill afford.