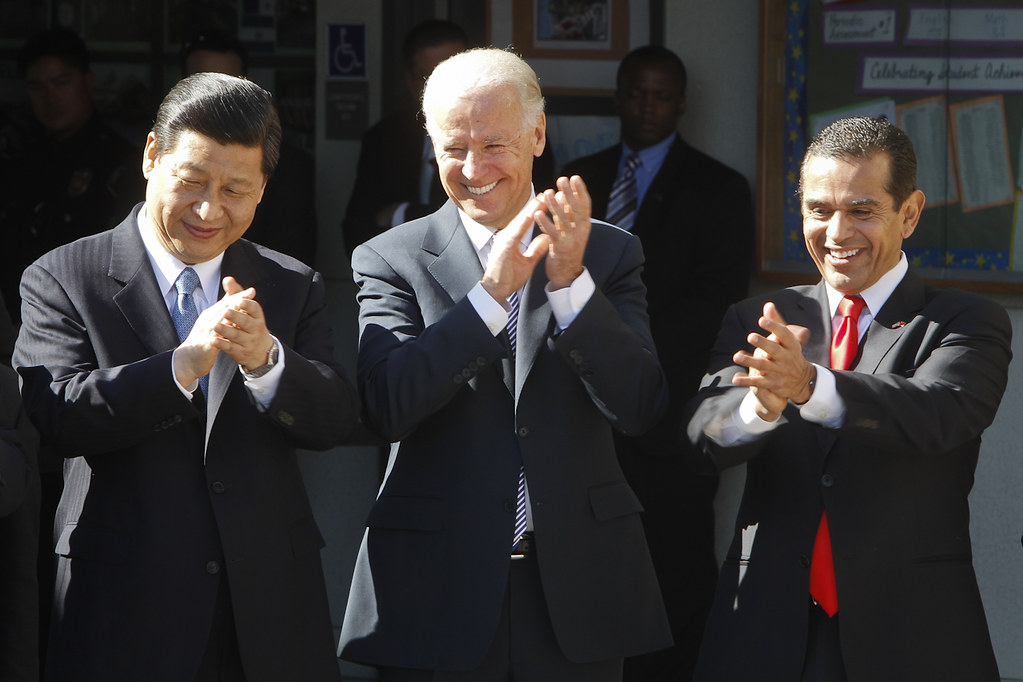 ‘There is no room for compromise’: The Coming War Between the US and China

‘The Thucydides’ Trap refers to the natural, inevitable discombobulation that occurs when a rising power threatens to displace a ruling power… the resulting structural stress makes a violent clash the rule, not the exception’, was American political scientist Graham T. Allison’s definition of his influential theory about the forthcoming conflict between the People’s Republic of China (PRC) and the United States. The ‘Thucydides Trap’ was a reference to the writings of ancient Athenian general and historian Thucydides about the conflict between Athens and Sparta based on Athenian growth and Spartan decline, with the same logic being applied to modern day. Whilst conventional or nuclear warfare between China and America seems improbable, there are several tangible signs of potential conflict between them: President Xi Jinping’s ‘Wolf Warrior Diplomacy’, the potential hotspot of Taiwan, and the emerging arms race between the nations in hypersonic weaponry.

The most blatant step toward conflict was the recent Chinese testing of hypersonic glider weapons. The Financial Times recently reported that the Chinese People’s Liberation Army had successfully tested the nuclear-capable hypersonic missiles in July and August this summer, a development that left American military officials ‘stunned’ and caught completely unaware. This crisis of American military intelligence was heightened by the news last week that the US attempt at testing its own hypersonic missile rocket was a failure. The success of PRC testing points to increasing worries that China is much further ahead with technology than previously understood. The particular fears about this technology is both that it is more manoeuvrable than traditional intercontinental ballistic missiles (ICBMs) and that it also would provide the Chinese with the ability to launch an attack from the South Pole, a strategic position that the US lacks systems to prevent. The development of this new technology marks the new focus of this Cold War, not just economic clout but technological advantage, and in both respects the US is falling behind.

Anxieties about China’s rise extend beyond just the development of new weapons, with President Xi Jinping heralding a new diplomatic era labelled ‘wolf-warrior diplomacy’: such a comforting phrase! This new jingoistic spirit, coined after two popular Chinese films Wolf Warrior and Wolf Warrior II, is embodied with the imprisonment of one million Muslims in ‘re-education camps’, the cover-up of the extent of the COVID-19 pandemic at the end of 2020, and the repression of pro-democracy activists in Hong Kong. Gone are the days of former leader Hu Jianto’s policy: ‘China’s peaceful rise’, a description so pitifully inaccurate to be almost comic at this point. This was embodied with China’s ‘panda diplomacy’, chucking out pandas like sweets on Halloween. Polices like this were  seemingly peaceful efforts to placate the international community that China’s economic boom and growing military power was not a threat to the global order. Under Xi Jinping’s leadership, the Communist Party in China is increasingly keen to assert itself and to ensure that the Century of humiliation will never be revisited. This assertive China is ever-gaining in economic clout. The UK-based Centre for Economic and Business Research (CEBR) predicted that in only six years the China will overtake the US to become the world’s largest economy. The factors that Graham T.  Allison predicted are falling into place, the US is on a steady decline and China is ascending; something must give.

The potential hotspot for conflict on the horizon is undeniably Taiwan. The Republic of China, which was defeated by Mao Zedong’s Communist Party during the Civil War and fled to the island in 1949, maintains a democratically elected government, a population of twenty-three million, a distinct national identity, and close relations to the United States. However, U.S. officials fear that China will take Taiwan by force in the next four to six years. These fears are based on escalating aggressive activity, with the PLA flying 145 warplanes near Taiwan this month, and Taiwan’s defence minister stating that China is evidently preparing for a ‘full-scale’ invasion in four years. American defence officials have walked a diplomatic tight-rope regarding Taiwan though fears are increasing. A recent joint military assessment conducted by the Pentagon and the RAND corporation concluded that if the US was drawn into conflict to defend Taiwan, China would prove victorious. The recently formed nuclear AUKUS pact between the US, UK, and Australia has reaffirmed these lines, with former UK Prime Minister Theresa May asking in Parliament ‘what are the implications of this pact… should China attempt to invade Taiwan?’ The response was a confused silence. Alternatively, China’s Foreign Minister Wang Yi stated that regarding Taiwan there is ‘no room for compromise’.  Conflict between China and Taiwan is on the horizon, how the West will respond nobody knows.

This strategic paralysis has only been strengthened with President Biden in the White House. Despite campaigning as a foreign policy expert, Joe Biden has made repeated devastating diplomatic blunders. This is most obvious with Afghanistan where Biden’s brazen pull-out has caused untold misery and shattered American global standing. Biden’s wavering on Taiwan and toward China broadly has the potential to cause equally disastrous diplomatic consequences. As a Senator and the leading Democrat in the Foreign Relations Committee, Biden wrote a damning piece on President Bush’s reversal of committing the US to defend Taiwan. Twenty years later, Biden is exactly repeating Bush’s errors. In August, Biden stated ‘we made a sacred commitment to…. Our NATO allies. Same with Japan, same with South Korea, same with Taiwan’. Similarly, when asked in a recent downhill debate if the US would come to Taiwan’s defence, he responded: ‘Yes, we have a commitment to do that’. Biden’s advisers have stated that Biden has ‘accidentally revealed his true views’. Biden’s pronouncements are less slip of the tongue and more homage to Doctor Strangelove. The relationship between China and the US requires diplomatic tact and subtly, the current incumbent to the White House has proved to have all the diplomacy of Mr. Blobby. The sensitive leadership from the US is invisible, with Trump and Biden both escalating the potential for conflict. Napoleon famously said that ‘Let China sleep, for when she wakes, she will shake the world’. That awakening has arrived, conflict is on the horizon; how the United States will respond is anyone’s guess.