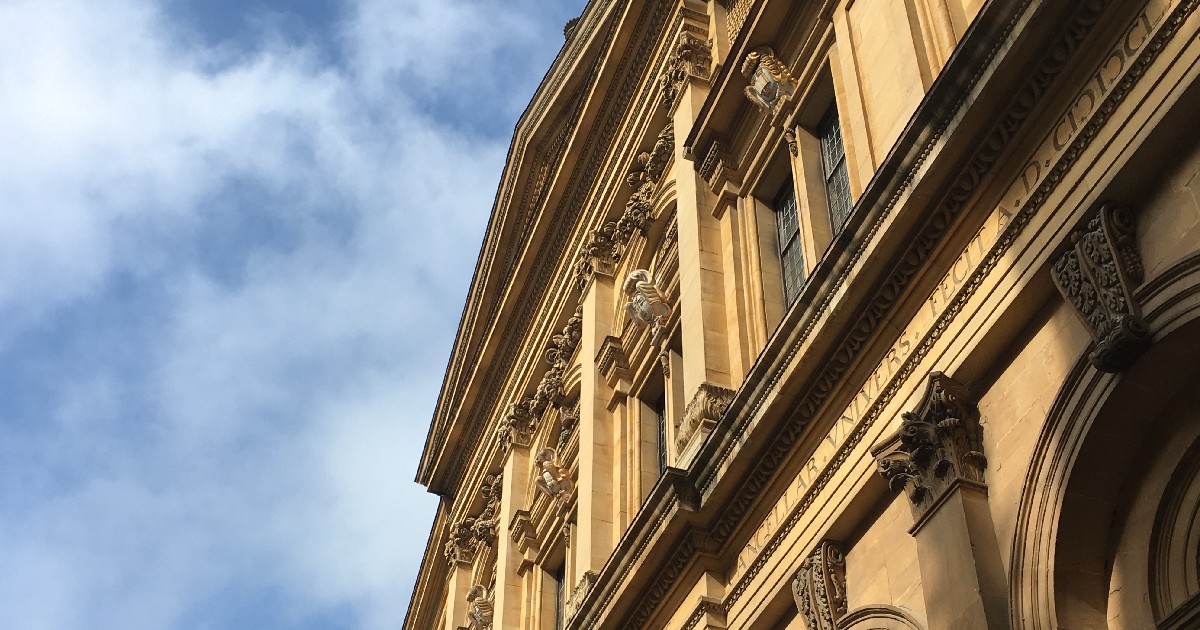 Image description: A view of the Bodleian

As part of the Balliol Community for Safety movement, Oxford University Labour Club  has condemned the handling of the sexual abuse claims at Balliol College. This comes after a report by Al-Jazeera which investigated “degrees of assault” and revealed misconduct of a sexual and drunk nature by university staff, alongside highlighting the alleged mishandling of student complaints by staff.

In a statement made on the Facebook page the Oxford University for Labour Club said:

“The committee of the Oxford University Labour Club express their disappointment and outrage with how claims of sexual abuse have been dealt with at Balliol College, and how this is microcosmic of a wider culture at the university. The college’s mishandling of reports, and general apathy to the situation, is a stark reminder that sexual abuse and rape culture is permitted thrive at our university, with few obstacles. OULC commits itself to standing firmly with Balliol Community for Safety, and endorses its demands. We encourage all of our members to read and sign the open letter, and to note that we as a committee have signed it jointly”

The open letter, written by the founders of the Balliol Community for Safety, Emilia Bedingfield, Clara Holcroft and Fiónn McFadden,  which they encouraged their members and the wider community to sign, condemned college staff who “prioritised the reputation of the college above the safety and wellbeing of the student.”

The letter continues to point out the “incompetence” of the former Praefectus of the MCR and current Master who has “urged students to come forward with ideas, placing the onus on students to reach out, rather than college taking an active role.”

The letter ends by stating that “As current students, we do not feel safe with the systems as they currently are.”

In the case centering on Balliol College, staff members prioritised the reputation of the college above the safety and wellbeing of the student. Our current Welfare and Wellbeing Officer perpetuated a culture of victim blaming, compounding the trauma of sexual abuse with an inadequate and harmful response. In their handling of the case, the former Praefectus of the MCR and current Master demonstrated incompetence and a consistent willingness to protect the colleges reputation at the expense of serious allegations.

Additionally, following the investigation, the college has not taken responsibility

While student representation is vital to aid understanding of the issues and facilitate transparency, the burden of responsibility and impetus for change should be placed upon the college administration. The systems at fault lay within the college, thus it is from the college that action must stem. Moreover, placing an onus on students avoids college taking due responsibility, perpetuates a culture of victim blaming and is harmful to the wellbeing of the student body.

The college has promised a review into the structure of their complaints procedure. While we welcome this as a first step, it is not enough. This review has only come after the publishing of the Al-Jazeera investigation, implying that the college’s actions are determined by reputation,  rather than student wellbeing. It begs the questions who these systems are built for. As current students, we do not feel safe with the systems as they currently are. We believe that as an institution of higher education, the college has breached their duty of care. We hope that by bringing this discussion out of closed doors, we can create a culture  of transparency and accountability, and build student trust.

This story is not unique to Balliol. Sexual abuse exists in every Oxford college and in every university. This is symptomatic of a wider culture which fails to keep women and marginalised communities safe.

Balliol now has an opportunity to show its current and prospective students that it does not tolerate violence against women and adhere to its motto of “academic excellence and social responsibility”. If Balliol had honoured its previous commitments regarding the handling of allegations of sexual abuse, we would not have to write this letter. We hope that the college will choose to take care of its students.

We believe Balliol can and must do better. We look forward to receiving your response.”

The demands set forward include an admission of failure by the college, that staff are held accountable and receive training for the future and a commitment to a comprehensive review.

The students who organised the letter, intend to present it to Dame Helen Ghosh, Master of Balliol on Monday of Week 5. They told The Oxford Student:

“We felt compelled to act because as current students we do not feel safe with the systems as they currently are. It is clear that the system is failing survivors, raising the question of who these systems are built for in the first place.”

“In light of the video, the college has failed to even name the investigation, let alone take due responsibility or lead change. This echoes their prioritization of their reputation over student wellbeing, in particular students from marginalised communities. This is symptomatic of the broader culture of violence against women.”

“If action is not taken, the trauma of sexual abuse will be compounded by an inadequate and harmful process of investigation. We stand with survivors and call for action. We are planning a protest to garner further attention to this issue, follow our Instagram @balliolforsafety to receive further details.”

Other students and organisations have also come forward in support of the letter. Anvee Bhutani, SU President, said on Facebook that:

“Balliol Community for Safety are doing some great work around campaigning for women’s safety in light of the disturbing sexual abuse allegations raised by Al Jazeera. I’ve signed their open letter and will be raising their demands in relevant University and college meetings alongside my fellow sabbatical officers and I’d encourage you all to sign as well.”

The SU campaign, It Happens Here, also expressed support for the letter.

“It Happens Here would like to express our complete support for the students at Balliol fighting for their safety and the safety of students across Oxford. We’d urge everyone to sign their open letter, which can be found at the link below and find them on Instagram.”

The open letter has over 350 signatures and a protest is being held on Sunday at 1pm until 3pm, outside Balliol College, and, whilst everyone is encouraged, those who do attend are required to abide by College COVID-19 regulations.

On the date of submission the open letter had 990 signatures.

This article was updated 9/11/21 at 3.05pm to update the number of signatures on the open letter.