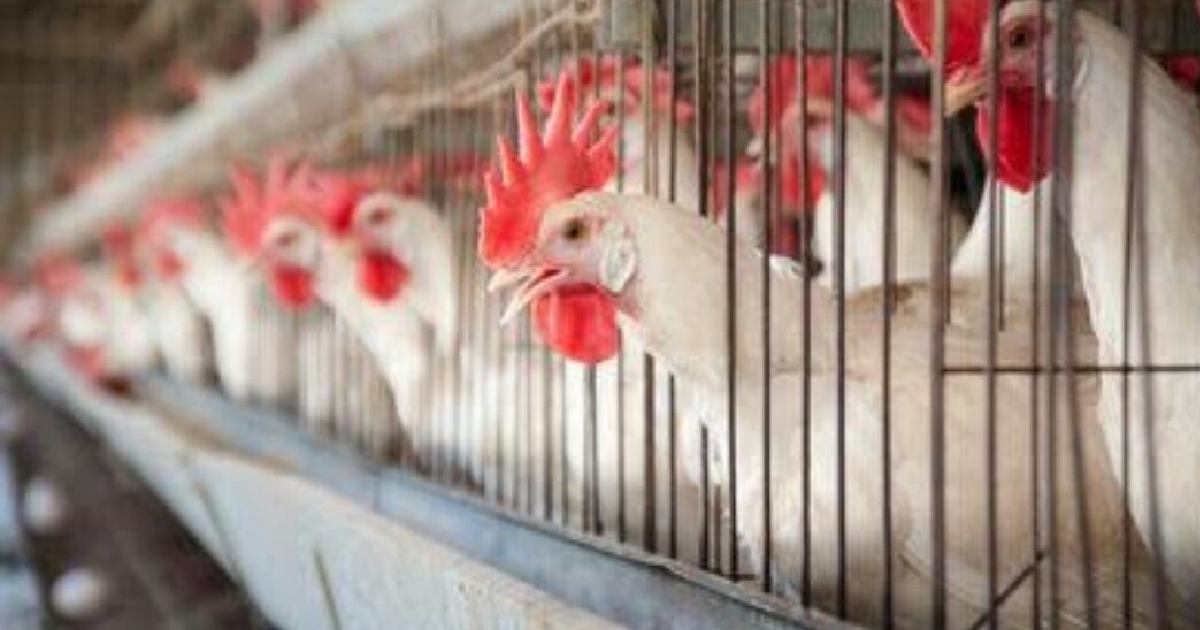 Could the next pandemic arise from industrial farming?

Last December a new strain of avian flu caused concerns at a Russian factory farm. Chickens started to collapse and die, and over the course of a few days 900,000 birds were quickly killed to prevent the spread of this strain known as H5N8. While avian flu has been an ongoing concern in the animal agriculture industry and various strains have been spreading among chicken, duck and turkey farms in almost 50 countries, this was the first time that humans were found to have the disease.

Given that this was at the height of the Covid 19 pandemic it’s unsurprising that the WHO and media outlets paid little attention to this incident, but various professionals are raising concerns that it is just a matter of time until human to human transmission becomes possible.

There are now at least eight variants of avian flu which can both infect and kill humans and have the potential to do even more damage than Covid-19. This is ultimately unsurprising. The 2009 swine flu pandemic was traced to a virus spread between intensively farmed pigs. Q Fever in Europe and Australia began spreading to humans after initial transmission in goat farms. BSE, SARS and different variants of bird flu can also all be traced back to factory farming. Beyond the obvious suffering caused to the farmed animals kept in these conditions, keeping animals in stressful, cramped environments facilitates the spread of infectious diseases and endangers human health.

The reality is that 73% of the meat produced in this country is factory farmed.

Most consumers of animals in this country seem convinced that UK welfare standards are incredibly high and farms here are unlikely to breed disease. The reality is that 73% of the meat produced in this country is factory farmed. The typical chicken raised and slaughtered in the UK will have more space in the oven when dead than when alive. Even the so called ‘free-range’ chickens raised here will often live out their short lives without ever having been outside.

These animals have been selectively bred to the point where they put on weight so fast, they end up being unable to walk and spend their lives sitting in their own feces. Sick, injured and dead animals are routinely left on the floors of these factory farms for far too long, which no doubt further facilitates the spread of disease. Antibiotics are routinely given not just to sick farmed animals but to all the animals living in these inhumane conditions.

The overuse of antibiotics in farmed animals means that the illnesses they develop tend to be resistant to conventional cures, and this leads to increasing ‘superbugs’ which are incredibly difficult to treat. Factory farmed animals are kept on a low-level supply of antibiotics for much of their lives, meaning that any diseases that spread among them will be resistant to many conventional cures. Globally, 73% of antibiotics are used in farmed animals rather than people, to try to make up for the conditions they are kept in which are highly conducive to the spread of diseases. This overuse constitutes a legitimate threat to future human health as it contributes to higher levels of antibiotic resistance in some human infections. A ‘post-antibiotic era’ in which common infections and illnesses can lead to death is a real concern for our future given that various antibiotics are already failing.

Another outbreak of a different strain in China raised concerns in recent weeks as more than half the people infected, most of whom were working with farmed birds, died as a result of their exposure to the strain. Human to human transmission has not yet occurred, but  WHO and Chinese virologists are concerned and have called for greater vigilance from governments to prevent these diseases impacting humans.

Loss of wild areas to animal agriculture is currently the leading cause of mass extinction of wildlife.

We are running out of time to set things right. The research done on the health, environmental, and animal welfare impact of the animal agriculture industry paints a very clear picture of the damage that is being done. Animal agriculture is the single largest contributor to greenhouse gas emissions after climate change and eliminating animals and animal products from your diet continues to be the single biggest way to reduce your environmental impact on the planet. Loss of wild areas to animal agriculture is currently the leading cause of mass extinction of wildlife. Even the most environmentally friendly meat and dairy products cause much more environmental damage than the worst plant-based options.

Animal farming is wasteful of water and land, and human and animal lives are cut short because of a lack of environmental and welfare legislation. Waiting for governments to step in and improve conditions or for the industry itself to prioritise welfare, human health, and the health of our planet is a naïve and reckless approach to the issue, given that animal agriculture is an incredibly profitable industry which relies on consumers being unaware of or unconcerned with the negative impacts their consumption of meat has on humans and other animals.

Refusing to fund these industries completely and sharing information about the comprehensive damage animal agriculture does to our health, our planet and the animals we share it with is the least we can do to protect our future and to attempt to remedy centuries of mistreatment, mismanagement and unnecessary violence done to hundreds of billions of animals.