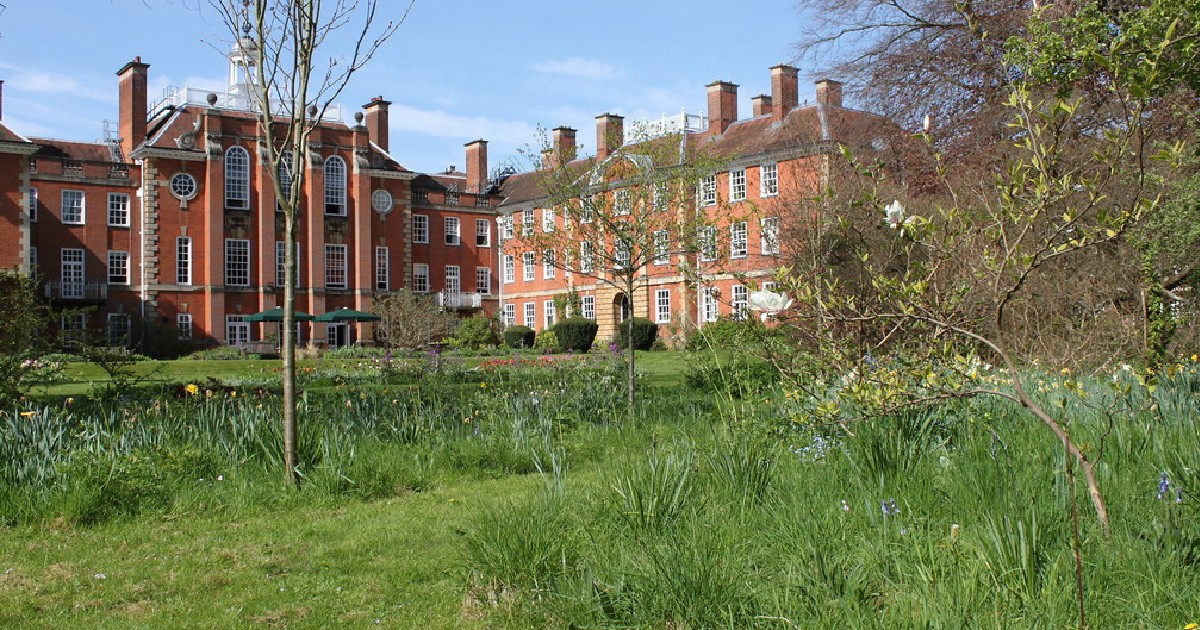 Image Description: Lady Margaret Hall, with some greenery in the foreground.

The Oxford Jewish Society and Union of Jewish Students have expressed their disappointment after the Telegraph reported that the University, alongside both St Peter’s College and Lady Margaret Hall, had accepted donations from the Mosley family.

The Telegraph reported yesterday that the University was given £6 million from a charitable trust set up by Max Mosley. The trust was reportedly set up with money that Max Mosley inherited from his father, Oswald Mosley, who infamously led the British Union of Fascists, and who was portrayed by Sam Clafin in the latest series of Peaky Blinders.

The University told the Telegraph:

St Peter’s College also defended the donation, stating that it was given in the name of a student who had died tragically young, and would mean that future St Peter’s students would not have to pay external expensive Oxford rents.

“In 2019, St Peter’s College received a gift of £5m from the Alexander Mosley Charitable Trust, a regulated charity that was set up in memory of a former student of St Peter’s who died tragically young. The money was given to fund a student accommodation building that will be built in the latter half of 2022 and early part of 2023. The building is due to open in Spring 2023.”

“Governing Body has discussed the naming of the building with student representatives and with the Alexander Mosley Charitable Trust. To ensure that the gift can do the maximum good for the College without complication or distraction, the Trust has foregone naming rights for the new building. Instead it has invited the College to choose a name. This is an imaginative and welcome offer which the College has accepted. The Governing Body of the College looks forward to embarking on a collaborative process with current students in 2022. Since the building does not yet exist, there is time in hand to develop the process and run these College conversations in thoughtful and exploratory ways that will have a lasting legacy. Student representatives have welcomed the naming project.”

“The processes of independent University review and scrutiny that the gift underwent before being accepted were thorough; the money is being put to good use in helping to bring more students off the expensive private rental market in Oxford; the former St Peter’s student for whom the charitable trust is named is remembered with warmth in College.”

Lady Margaret Hall also told the Telegraph that the donation had it made it possible for them to offer a number of places on their foundation year programme.

The JCR President of St Peters told The Oxford Student: “The JCR welcomes the exceedingly rare opportunity for students to have a say in the naming of a building in college. We hope that the building will be named in a way that reflects and represents the diverse and inclusive community at St Peter’s today.”

“In terms of the origin of the donation, the independent review committee of the University has approved the funding. This money will allow more socioeconomically disadvantaged students to make use of cheaper college accommodation rather than entering the expensive rental market, which will also serve to encourage students from those backgrounds to apply to St Peter’s. We are glad therefore that the name of the building can now also be chosen to show that St Peter’s is a college that is open to all.”

The JCR President at LMH highlighted that the LMH community was processing the news, and that the JCR committee were in communication with the college.

However, Jewish Society put out a statement tonight criticizing the acceptance of donations from the Mosley family, and calling for the University and colleges involved to reconsider their position.

“Oxford JSoc and UJS are distressed by the news that Oxford University and some of its constituent colleges have accepted donations from The Alexander Mosley Trust. The Mosley Family name is synonymous with Fascism and Antisemitism in Britain. The University’s decision to dedicate a professorship to this name serves to commemorate and revere the Mosley legacy. Furthermore, the absence of any communication and consultation with Oxford’s Jewish students is inconsiderate and inappropriate. We encourage Oxford University, and the benefiting colleges, to reflect on the impact these donations will have on its Jewish students and the wider student body.”

“As an institution that seeks to promote an inclusive environment for all, we hope that Oxford University and the colleges involved will reconsider their positions.”