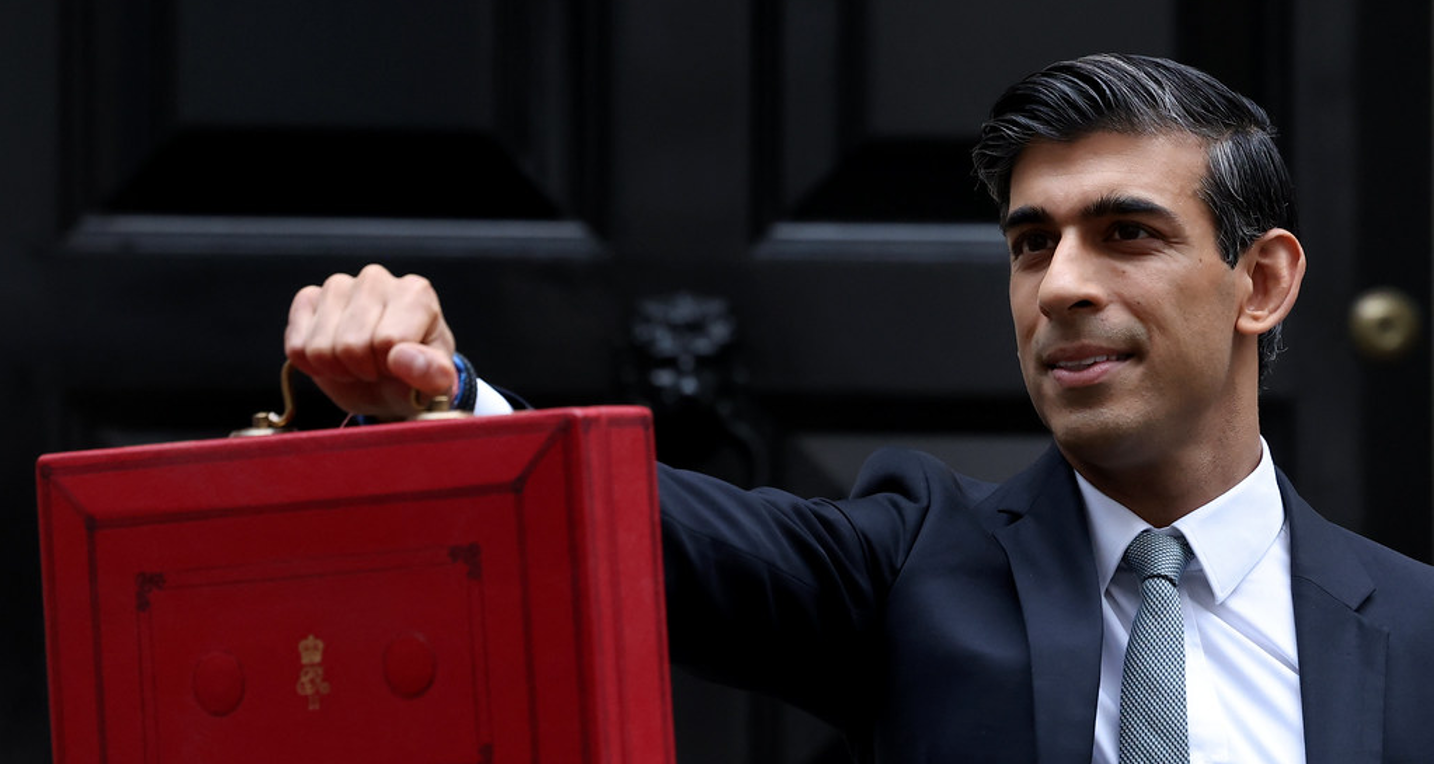 Image Description: Rishi Sunak holds up the Budget in the air

The budget that Rishi Sunak delivered was unsurprising in one sense. It fitted neatly into the government’s pattern of thought, which is to think non-conservative thoughts and to act in a non-conservative way. Critics of the government often argue that Johnson’s administration has no strategy, no vision—but perhaps this is a mistaken assumption, which muddles our thinking. Perhaps the strategy is to transform the Conservative Party, so that it no longer resembles the party of privatisation and a small state. Instead, Rishi Sunak’s budget has confirmed the party’s support for a larger state and greater public spending.

This Conservative Party is borrowing, spending and taxing more, which some may say is a result of pressures on the public finances induced by the pandemic. Undoubtedly, COVID has dramatically altered the government’s budget position for the worse. In 2020, the UK’s GDP contracted by 9.8%, by far the largest annual decline in GDP during the postwar period. Lower economic growth is bad news for the labour market, as it means fewer jobs created and, in some cases, jobs lost. It is bad news for companies because it usually means lower profits and for the government, lower tax revenues. Therefore, the budget deficit was 14.9% of GDP in 2020/2021: a peacetime record.

All of this means that the government is grappling with a financial situation that is unprecedented in the post-1945 era. Surely, then, a new approach would be required from any government, given the parlous state of the public finances? However, there was clear evidence before COVID of a philosophical shift in the Conservative Party towards a larger state. During the 2019 General Election campaign, the party pledged a spending splurge on more police officers, nurses and gleaming new hospitals, as they sought to win over voters in the Midlands and the North, many of whom are left leaning when it comes to the role of the state in the economy.

A critical question is to think about whether this latest mutant strain of Conservatism, given further life by the budget, has any origins in traditional conservative thought? The party of Sunak and Johnson has little in common with Disraeli’s anxiety about two nations, ‘the rich and the poor.’ This government certainly does not share the desire for deflationary measures that inter-war Conservative governments were so fond of and neither does the government possess the same yearning for economic liberalism as the Thatcher government did. It is tempting then to see this budget and this government as a riddle, an insoluble puzzle. This is because today’s Conservative Party acts in a way that previous Conservative governments would not have dreamed or dared of.

Admittedly, the budget included some more traditional Conservative policies, such as a 50% reduction in business rates for companies in the retail, leisure and hospitality sectors for one year, as well as freezing fuel duty. This was announced alongside a 50% reduction in air passenger duty on domestic flights and a simplification of the alcohol duties system. Yet these tax cuts are miniscule when compared to the planned rises in NI and corporation tax. It used to be thought that Conservative governments pledged to increase spending on public services as a sop to the anxieties of the professional classes. But now the government uses small, one-off tax reductions to reassure its band of backbench Thatcherite that they still belong to a party that once was led by Margaret Thatcher.

Overall, the budget was a more generous one than many had forecast, especially in relation to the higher levels of spending promised for public services. The £5.9 billion to tackle the NHS backlog, along with a reduction in the taper rate of Universal Credit so that workers get to keep more of their benefits when they earn more, is welcome. However, Rishi Sunak’s budget raises uneasy questions for Conservative supporters, as it fundamentally challenges traditional Conservative thinking and his budget also poses awkward questions for progressives. If the Conservative Party is committed to higher taxation and a larger, more active state, than where does that leave the Labour Party? Is the Labour Party different because it will borrow, tax and spend more? If so, our politics will just become an auction, where the political parties bid for electoral support and money becomes more important than good ideas.