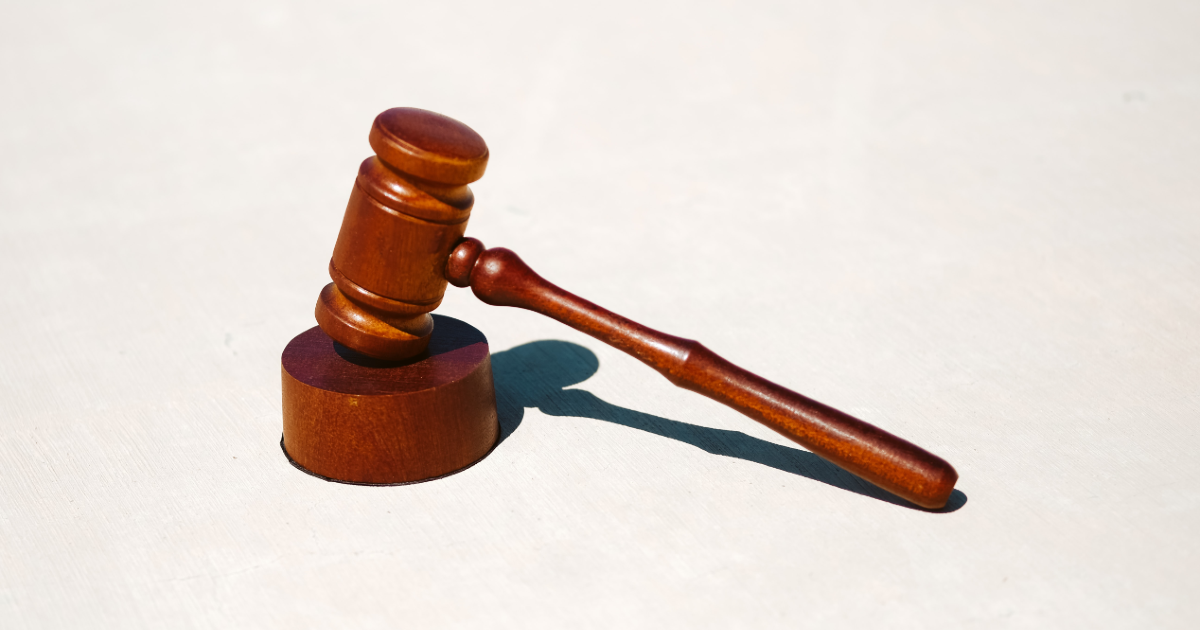 Image Description: a brown gavel with a shadow against a white backdrop

It’s been a while since the papers were flooded with images of camps in Greece, proclaiming there was a “refugee crisis” which was to define the European political landscape of 2015 and shape immigration policy decisions for years to come. But what is commonly referred to as the “refugee crisis” has very little to do with refugees and asylum seekers themselves, and much more to do with Europe’s handling of the events leading up to that year. What European media all too readily portrayed as a threatening, external issue was not a crisis generated by people fleeing persecution. If we want to talk about a “crisis,” we might talk about the Syrian civil war (and Western military involvement in it), or the other life-threatening situations which force people to flee to Europe. We might talk about the woefully inadequate provision of food and shelter once these people arrived in Europe. We might talk about a crisis of compassion that came to shape European border policy in the ensuing months and years.

What we can certainly talk about is a legal crisis: legal aid is dramatically underfunded in Greece, where the situation is most acute, as well as all across Europe, meaning that many asylum seekers are not able to meet with a lawyer before their asylum interview. Given the complexity of asylum law and the importance of the interview in determining people’s futures (whether or not they are granted asylum and leave to remain), it is unsettling to think that huge amounts of people going into these interviews have absolutely no legal preparation whatsoever. A lot of people don’t realise that the asylum interview is a purely legal proceeding, just like a divorce case, and the burden of proof is on the asylum seeker to demonstrate that they have fled a well-founded fear of persecution in order to be recognised as a refugee. Evidence is required to prove not just that they are in danger in their home country, such as in the case of a civil war, for example, but that they are facing specifically personalised persecution.

We might talk about a crisis of compassion that came to shape European border policy in the ensuing months and years.

Just five minutes with a lawyer can equip an asylum seeker with a basic understanding of the procedure, so that they know what it is they have to put across. It can also serve to identify things like memory loss or trauma, which have significant impacts on the applicant’s ability to relate what has happened to them. Legal assistance can also support appeal claims, and correct mistakes in transcripts. In the short term, legal aid minimises the risk of an individual who has a legitimate claim to asylum being deported unjustly and brings family members who are scattered across Europe back together again. This aid allows refugees to begin prosperous lives beyond camps and gain rights to education, accommodation and healthcare. In the longer term, legal aid also reduces the pressure on asylum services, preventing unnecessary appeals and reducing the pressure on services inside refugee camps.

This is where SolidariTee comes in, an international student-led charity that seeks to raise awareness and further sustainable support for those affected by the refugee crisis in the Mediterranean. We believe that legal aid is a long-term, sustainable solution to the European “refugee crisis,” and to struggles with displacement globally. This is why we offer grants to NGOs (non-governmental organisations) which provide legal aid and other long-term, empowering forms of support to asylum seekers. Our NGOs are carefully selected to maximise the impact that our grants will have. We also work to raise awareness and inform the international community about the injustices perpetrated against refugees and asylum seekers worldwide, and about how we can create positive, lasting change to uphold the rights of all those affected by forced displacement. You can read more about the organisations SolidariTee supports here.

Legal aid is a long-term, sustainable solution to the European “refugee crisis,” and to struggles with displacement globally.

Both our fundraising and our awareness-raising are carried out on university campuses across the world, especially in the UK. Our dedicated reps sell our iconic, organic SolidariTees, featuring artwork by refugees and asylum seekers. We also host events and activities in Oxford throughout the year, which you can stay tuned with via our Facebook page. If you are interested in joining the SolidariTee Oxford team or you’d like to buy a t-shirt, get in touch with Beth Molyneux (bethany.molyne[email protected]), or apply directly here. ​