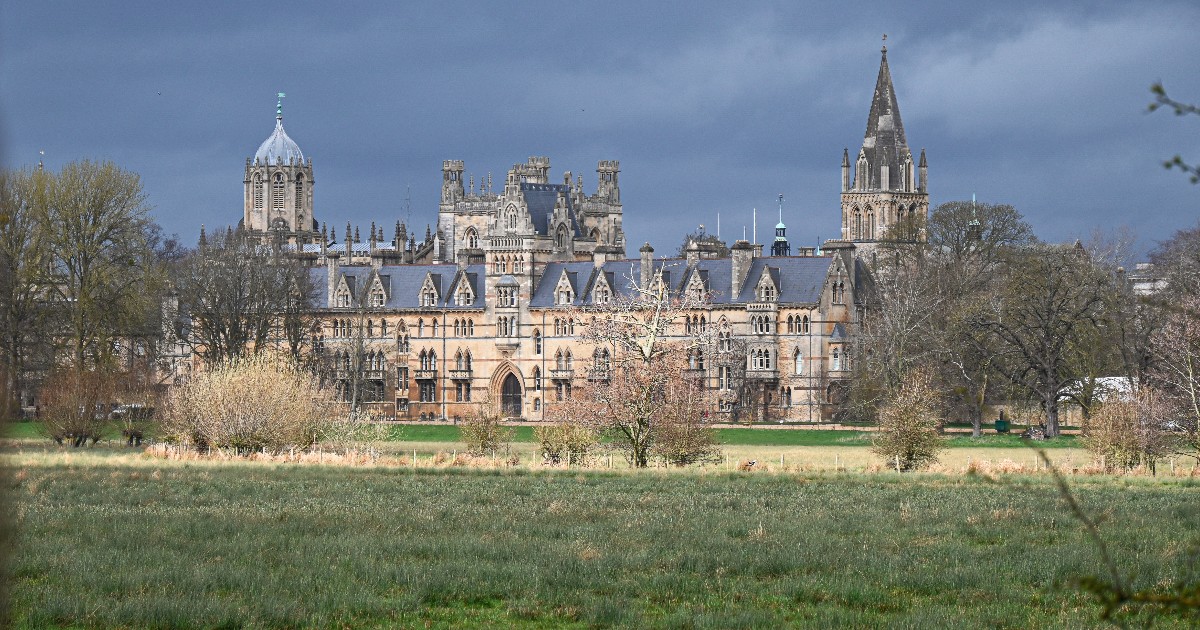 Image description: A view of Christ Church in winter

The Oxford Student has exclusively obtained a copy of an essay written by the Dean, the Very Reverend Martyn Percy, and uploaded to a website, in which he compares his experiences during the investigations of welfare mishandling and sexual harassment to the treatment of victims of Nazi persecution. The essay has now been taken down.

The Very Rev Martyn Percy was suspended on full pay as Dean of Christ Church in November of 2018, a position he had held since 2014 following a protracted conflict with the college and Church of England over his pay. The Dean requested an increase in his salary which prompted internal complaints and an extended investigation. An independently chaired internal tribunal was founded and in 2019 the Cathedral Chapter and Christ Church Governing Body dismissed all claims. The investigation was presided over by Sir Andrew Smith, a High Court judge and is estimated to have cost the college over £500,000.

In March of 2020 Percy was investigated by the Church of England’s National Safeguarding team (NST) over alleged failures to report safeguarding cases from 2017. However, an investigation by the NST cleared him of any wrongdoing.

In October of 2020 a young woman alleged that the Very Rev Martyn Percy had stroked her hair after a service in the cathedral and Christ Church commissioned a report from an independent investigator despite Thames Valley Police not pressing charges. According to the Dean’s website, he firmly denies having touched the victim’s hair. However, Christ Church appointed a former police officer, Kate Wood to lead an internal investigation and concluded that the complainant was “credible”.  Following the investigation, the Dean announced his voluntary withdrawal from the Dean’s duties at Christ Church. He has not formally resigned and continues to hold a position within college.

In his essay titled ‘The Red Triangle’, which has now been removed from the website, the Very Rev Martyn Percy included images of Nazi concentration camp uniforms before going on to say that: “Over the course of this three years, I have been subjected to public impugning of my reputation, and personal attacks resulting in severe trauma and life-changing injury”.

The Very Rev Percy goes on to claim that as a result of the continued investigations by various bodies he has been: “expected to live and act as though I am a convicted sex-offender, and subjected to draconian restrictions that would have raised eyebrows had I been a paedophile on bail.”

In the six-page essay, he also compares his experiences with those “forced to wear the red triangle that the Nazis made political prisoners wear on the streets, and later in the camps. Pink for ‘sexual deviants’; yellow ‘star triangles’ for Jews; black for the social deviants; purple for the Jehovah’s Witnesses”, continuing to say that his “experience of the last three years has given me a tiny taste of what it may have been like” for those in concentration camps.

He goes on to claim that the Church of England “declines to abide by the 1998 Human Rights Act, but expects others to live by it.” and is deeply corrupt: “The Church of England knows its own corruption too; yet embraces this with silence, indifference and amnesia”.

The Christ Church JCR and GCR released a statement on Wednesday evening. It stated that they are:

“both adamant defenders of the natural rights of freedom of thought and speech, and these impart the right to condemn actions which we find to be offensive. As a JCR and GCR, we find this rhetoric abhorrent. Attempting to draw a parallel between the Holocaust and the investigation regarding the Dean trivialises the suffering of victims of Nazi persecution. Martyn Percy’s essay is deeply offensive to all groups targeted by Nazi persecution, including the Jewish community, the Polish community, people with disabilities, people of colour, and the LGBTQ+ community, groups to which the Dean refers in his essay.”

They go on to explicitly condemn the rhetoric used in the Dean’s essay and “any other language on the Dean’s website which marginalises minority groups on the basis of characteristics.”

The joint letter ends with a call for those members affected by Mr Percy’s essay to reach out for welfare support as they continue to “build a community where people of all identities are safe and supported”.

When approached for a comment a spokesman for the Diocese of Oxford said:
“The article posted on Martyn Percy’s personal website is a misappropriation of the Holocaust and is unacceptable. Whatever his complaints about an investigation of a sexual harassment complaint made against him, the Dean should not compare it to genocide. We fully acknowledge the complexity and pain of the present situation for the Dean and the complainant also. Despite his claims otherwise, significant support continues to be provided for all of those involved. Meanwhile, the ongoing legal processes must be allowed to take their course, and Dean Percy remains suspended from cathedral and college duties. We are glad to see the link to the article has now been removed from his website.”
A spokesperson for Christ Church commented:

“Martyn Percy is currently not carrying out his duties as Dean of Christ Church. Christ Church cannot comment on ongoing disciplinary processes but is keen that they are dealt with as speedily as possible, in fairness to the accused and to the complainant.”

“We have been made aware of comments made by the Dean in a recent article, and the subsequent reaction to them, including amongst our student community, whose open letter captures the essence of the problem with Martyn Percy’s text. While Christ Church supports free speech, it strongly condemns any potential breach of the Equality Act, especially where it creates a hostile, alienating or offensive environment for other members of Christ Church, or in the wider University.”

This article was updated to include new information and statements.