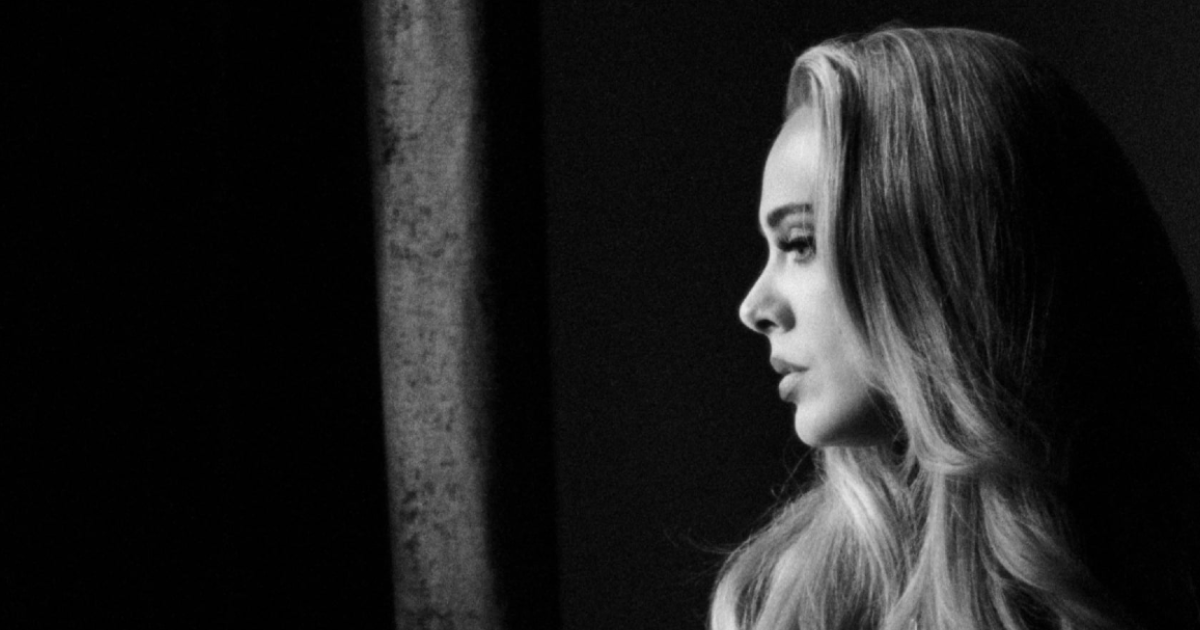 Image Description: Black and white close up of Adele’s side profile looking to the left.

On Thursday night, Adele Adkins released her first single in six years, an insight into her upcoming album, 30. There are countless other articles out there speculating about exactly what her reasons for writing Easy On Me were, and about the perspective the song takes. As well as joining in with the speculation, I want to talk about why I think Adele’s latest song will resonate so well with her audience.

Let me start by saying I am a long time Adele fan, and I could ramble on forever about the beauty of her music and the way in which she shares herself with the world, but I’ll try to keep it somewhat concise. When Easy On Me was released, the first thing I did was watch the music video, and though I thought it was a fantastic video, I had to listen again, having searched for the lyrics. I’ve seen many ideas about whose perspective she is adopting in the song, but I don’t think there’s any real hidden meaning. Adele told Vogue, “I really want people to hear my side of the story this time.” Easy On Me does just that. She explained that she feels “like this album is self-destruction, then self-reflection and then sort of self-redemption” and the song encapsulates all of this perfectly.

The first verse is her self-destruction, but not in a manner as aggressive as that might sound. “I know there is hope in these waters, but I can’t bring myself to swim.” Often regarding failing marriages, we hear one or both spouses talking about ‘putting the work in’, and they do it because they love each other, but this is Adele saying she didn’t have the fight in her anymore, and that she was no longer in love. Her self-reflection is the second verse – “You can’t deny how hard I have tried, I changed who I was to put you both first, but now I give up.” I can only imagine how hard it is to try and keep a failing marriage together, and that can only be made harder when a child is in the picture, not to mention being in the public eye.

she feels “like this album is self-destruction, then self-reflection and then sort of self-redemption” and the song encapsulates all of this perfectly.

To Vogue, Adele said, “I want my son to see me really love, and be loved. It’s really important to me.” I sympathise with this hugely. She did not want her son to grow up with a mum who had to spend all of her energy maintaining a relationship she no longer wanted, but the self-reflection comes here in that she acknowledges it. She recognises why she tried so hard, and she stops blaming herself for it. I think she’s asking her son to do the same, as well as us, and possibly her ex. Self-redemption comes with the bridge – “I had good intentions and the highest hopes” – as well as the chorus:

Go easy on me, baby

I was still a child

Didn’t get the chance to

Feel the world around me

Had no time to choose what I chose to do

So go easy on me

Though I don’t think she’s trying to open a debate on the morality of divorce, I think that through Easy On Me, Adele is exposing her humanity to us, and showing us how hard the divorce was, even though she was the one who made the decision to separate. Divorce is agreeing to end a promise – for many, a promise which is supposed to be kept above all else. Adele uses this song to reach self-redemption, and I think the lyrics allow us to do the same.

Adele has always had a wide audience, but the lyrics to Easy On Me are perhaps the most relatable of any of her songs to date. This is because the song doesn’t rely on heartbreak; it relies on growth. At its core, Easy On Me is a reflection of the journey to saying no, after a lifetime of being rushed and saying yes. The line that sticks with me the most is I was still a child, because Adele made some huge life decisions at a very young age, and as she’s grown and matured, she realised that the decision was not good for her. Does she regret it? Who’s to say, but what’s clear is she forgives herself for making it.

through Easy On Me, Adele is exposing her humanity to us

We live in a world where we are expected to make serious decisions from a very young age, regarding our education, our identities, and our careers, not to mention the social pressure (particularly on women and girls) to ‘settle down and have children.’ Adele is not criticising the systems that made her make major life decisions when she was still a child, but she is forgiving her younger self for making the choice when she wasn’t ready to. This is what I think makes Easy On Me so relatable. Adele’s latest single empowers the listener to go easy on themselves first, before asking everyone else to.

The truth is, I believe the pandemic has allowed many of us to spend time on some much-needed introspection, and to realign ourselves with goals to make ourselves happy.

The past 18 months have been bizarre, to say the least, and much internet culture told us to spend those few months, ‘maximising productivity’ and taking on new projects. It’s because of this that I feel the lyrics are particularly poignant – we live in a digital age, where people present the best parts of their lives on social media, and generally filter out any negativity, setting an unrealistic standard for everyone to be happy and achieving things all the time. Particularly at the height of the pandemic, so many social media influencers posted about their new small business, their new weight loss regime, their pregnancy, and a host of other incredible achievements.

But for those of us who the pandemic took a real toll on, we didn’t have anything of the sort to post – many people have come to realise they were on the wrong path before the pandemic, and have taken steps to change their direction in life, but their critics say that they’re doing this out of boredom, or a lack of commitment. The truth is, I believe the pandemic has allowed many of us to spend time on some much-needed introspection, and to realign ourselves with goals to make ourselves happy, even if they are entirely different from the goals we’d previously had, based on pleasing other people or proving ourselves in some way.

It is through the story of her divorce that Adele is teaching her son, as well as the rest of us, the importance of understanding the mistakes we make by taking serious decisions at too young an age. We feel a sense of obligation to stick to the path we’ve planned for ourselves, but with Easy On Me, Adele is letting us know that it’s okay to stray from that path. That we can say no, we can put ourselves first. Most of all, that taking time to ourselves will not only heal us, but benefits those around us too.

So, even though marriage has been on the decline for some time in the UK (and a lot of ‘Western’ countries) and Adele’s audience spans a wide age-range, I don’t think you need to have experienced anything in particular to relate to Easy On Me. Each of us can take those lyrics and relate them to our own stories of growth, whether we’re at the stage of self-destruction, self-reflection, or self-redemption.