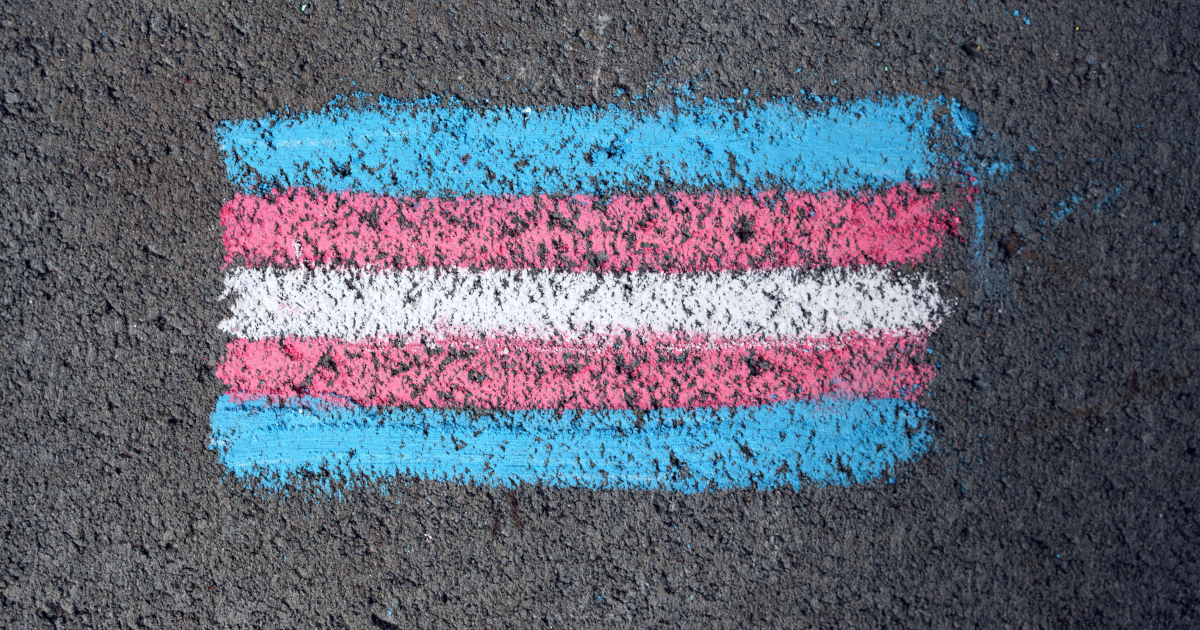 My parodic performance of gender

Image Description: the trans flag drawn in chalk on concrete

There’s a sense in which I love that I am transitioning. I see my own development into who I want to be as a kind of art form. After a difficult, tumultuous childhood I have come to realise what the end is; that is to say, what I want the expression of my being to be. My contemplation regarding who I was, which involved uprooting some basic assumptions about what-it-is to be male or female – really, what it is to be at all – and my subsequent choice to be who I was, has made me that much happier.

And having really, truly exercised my own capacities in deciding who I am was not only quite the test of autonomy, but also became an opportunity for artistic, creative (literally creative) endeavour. In her ground-breaking work, Gender Trouble, Judith Butler likens gender and our embodiment of our gender identities to a theatrical performance. Gender is an active verb – we are who we are insofar as we ascribe and act according to certain gendered, societal norms that determine the boundaries of male-female. But, coming to know that there are such gendered societal norms constructed across an artificial binary frees up the scope of one’s performance of gender.

Personally, then, I’ve construed my own male gender performance as something of a pastiche, and a parodic one, of the conventional gender binary surrounding what I sometimes call “Guyland,” after Michael Kimmel’s famous book about the culture of young, college aged men. After all, what is that makes guys, guys? If we take our cue from Kimmel in that aforementioned book, the cardinal rules of masculinity include such things as “No Sissy Stuff!”

Presumably, such a vague rule involves not being effeminate whatsoever. But, actually, what was viewed as paradigmatically effeminate, particularly in fashion, has drastically altered throughout the centuries. Herein is my parodic gendered performance: I strut about in my little high-heeled shoes with white stockings, in a nice pastel pink color outfit. Very manly for the 1760s, certainly. What these little performances engender is ultimately: that the gendered societal norms which we adhere change radically throughout the years, and that we really should pick and choose what it is that makes us happy, and expresses most authentically who we are. For me, that happens to be wearing heeled shoes and pretending to be a little gentleman from the mid-18th century. Experiment with your theatrical performance!
But, while this process of becoming – of determining who I am, trying different manifestations of being which in turn influence the end in question I am trying to achieve in a kind of backwards-turning process – has been endlessly amusing, it is not always easy. Mostly, it is made difficult because while I might perceive myself a certain way, other people absolutely do not. To some extent, it is very easy to feel trapped in other people’s perception of who I am, particularly when I find it to be discordant with my very essence.

As I’ve said in a previous article for Pink, human beings are social creatures. We understand who we are through our interactions with other people, as these interactions are sort of like mirrors into ourselves. We are not always transparent to ourselves. Quite often, we need other people to tell us who we are, either directly or indirectly, to come to a better understanding of ourselves. Gender as a performance implies the necessity of an audience to consume and critique our performance; without an audience, it’s not clear that our performance could really even be understood as such. Obviously, we are our own audiences, and it should be clear that the performance of gender is primarily for that individual, as it is your happiness which is decisively impacted by your gender identity.

It is very easy to feel trapped in other people’s perception of who I am, particularly when I find it to be discordant with my very essence.

But you’re bound to interact with other people, and as a marker of identity, gender is still a pretty prevalent marker. It is people’s comments on my gender identity that make me dislike my transition qua transition. I don’t like being a being-in-process to other people. It is fine for me, as the artist, to consider myself as such. I’m the one who is undertaking this whole venture to begin with. Besides, I don’t think that I’m incomplete insofar as I conceive of myself as somehow “not-male-yet.” It’s more like I’m aligning the material components of myself with an already existing psychological and conceptual reality. There’s no ‘yet;’ I am male, and have always been male. The rest is refinement, on my terms, to make myself feel comfortable.

But people don’t get that. I tell people: “I started testosterone” and they hear, “I am going to be male.” Insofar as the ‘full’ effects of testosterone haven’t yet kicked in, I’m something of a misshapen, Schrödinger’s gender. Not quite female, not quite male. It’s never said in such words, but it is obvious. It is obvious in people’s repeated use of the wrong pronouns for me, despite having known that I’m trans for over a year. And when I repeatedly correct them, their excuse is that it will get easier once my voice totally drops, or my beard grows in.

You’re essentially telling me that you can’t take me seriously and that you still see me as a girl. I’ve just told you that I went through a difficult process of self-discovery to arrive at who I am. Altering my pronouns and my name was an autonomous choice, and not one I took lightly. The fact that you refuse to acknowledge the change of my gender identity means that you are rejecting my capacity to come to know myself, and my capacity to make autonomous choices regarding the path of my life. Making autonomous choices based on self-knowledge is the hallmark of rationality and humanity. Deny me this, and you treat me like an object.

The fact that you refuse to acknowledge the change of my gender identity means that you are rejecting my capacity to come to know myself.

The fundamental assumption here is that transitioning is a process of medically altering yourself to ‘become’ a gender, officially. Aside from the fact that this assumption is pretty firmly “transmedicalist,” and problematic for a number of reasons, it also leads to some downright rude interactions because people tend to not take trans people seriously unless they ‘meet’ certain conditions.

I’ll never forget when I was working in the archives of my home institution, and a professor came down with the explicit purpose of asking my pronouns (unprompted) and when I answered, he proceeded to say: “I’ll try my best. Well, actually, I won’t say that, because I won’t.” Insofar as I was not meeting the conventional gendered rules of masculinity for him, then he didn’t see a need to respect my decision. I love who I am. I don’t love the way other people are in response. And in a perfect world, people would think before they proceeded to say things like that.
So what I recommend to everyone: you should think very carefully about the assumptions you have concerning gender and gender norms. We live in a cis heteronormative society; we have all internalised transphobic norms. But we have a responsibility to improve as human beings who interact with each other to try and be better, and that involves respecting other’s identities.