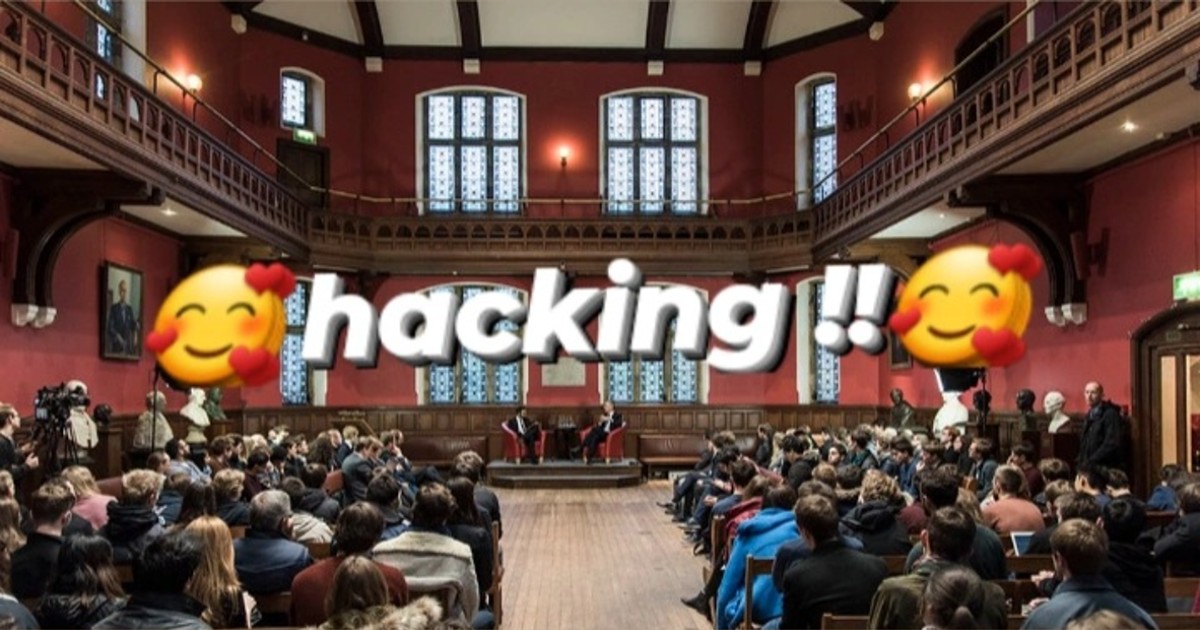 How to win a student election

Image Description: A room of hacks

I am now in my third year. The grey hairs are appearing one by one in my curly locks and the sum of my wisdom has grown so vast that I have backache from carrying it about in my enormous head. The Greeks believed that the greatest wisdom came from suffering. And I know this too.

How? Because I have known, witnessed, and moved within the murky world of student politics*. In Dante’s original schema for hell, the student politicians, or “hacks”, so called because they hack everyone off, were second only to the student journalists in the terrible fate awaiting them.

Despite the grave ethical peril of a descent into the dark pits of the Union and the political societies, the world of student elections, of binning and sinning, continues to appeal to many a naïve and youthful fresher. Once that was yours truly, but where once was naivete and hope, now is only cynicism and scheming. Like Machiavelli, I awake at the early hour of 2pm with plots and stratagems on my mind.

But you want to win a student election, my young friend? You want the thrill of the fight and the adulation of all seven friends you’ll have left by the end of the contest? You want to be known as “oh, I know that guy, aren’t they something in the Union?” for approximately two terms before everyone forgets you exist? Well, listen up. Take the advice I have gleaned from various cursed individuals, and you could receive the glory and self-hatred that comes with victory. Just as Virgil guided Dante through the Underworld, I will guide you through the steps to total moral dereliction.

For most, this part should not be hard. However, if you are considering student elections, you are probably the kind of person who will find it tricky. Don’t worry. Try pretending you are a normal human being for a few minutes.

If you possibly can, do not mention that you are involved with the Union, OUCA or, heaven forbid, the SU.

If you can pretend to just be an all-round nice person, you will go far.

These people will be your role models, which is a personal tragedy for both you and them. These are the figures who sold their souls to their prospective organisations approximately a year before you and are known to their friends and associates as BNOCs, and to everyone else as “that weirdo who messaged me randomly yesterday”. They will teach you the dark arts first-hand.

As time goes by, you will spend more time with these people in their usual haunts (the Union bar, the political drinking events, dark shadowy corners and underground lairs) and less time with the friends you made in Step 1. Don’t worry though – those friends will hear more than enough from you come election time.

By now, the term will have entered its second half, and the thrilling season of hackery is approaching. You should have been chosen by someone older or more successful than you to run for a lowly position by now – Secretary’s committee, General committee, some random committee. And so it’s high time you stabbed some people in the back. Consider:

You can’t be friends with everyone. But choose your enemies wisely – i.e., choose the ones who are going to lose.

Step 4: The practice of evil

I’m not prescribing mafia tactics or anything, but with the election in two days, you have to decide: how much do you really want to win this thing? Because at the end of the contest, it’s a question of sheer will. What rumours will you spread to your friend at an  unscrupulous student newspaper (obviously, not the OxStu)? Whose votes will you steal? In life, there are good people, there are bad people, and there are people who will make up salacious stories about you and a rugby player at Brookes / a fellow hack / a cat.

If you think you are too nice to truly be at home with sabotage, you could always hire somebody from Christ Church to be your political advisor.

You did it! You have officially plumbed those depths and boy, does it feel good. True, you’re on academic probation and your rival is threatening to sue over that cat story, but their dad probably isn’t as rich as they claim. Enjoy your victory party – just you, a few close chums and all the suck-ups in your college.

Beware, however, for as the alcohol wears off and the sun rises on another morning, you will realise with horror: fuck, I now have to do the bloody job…