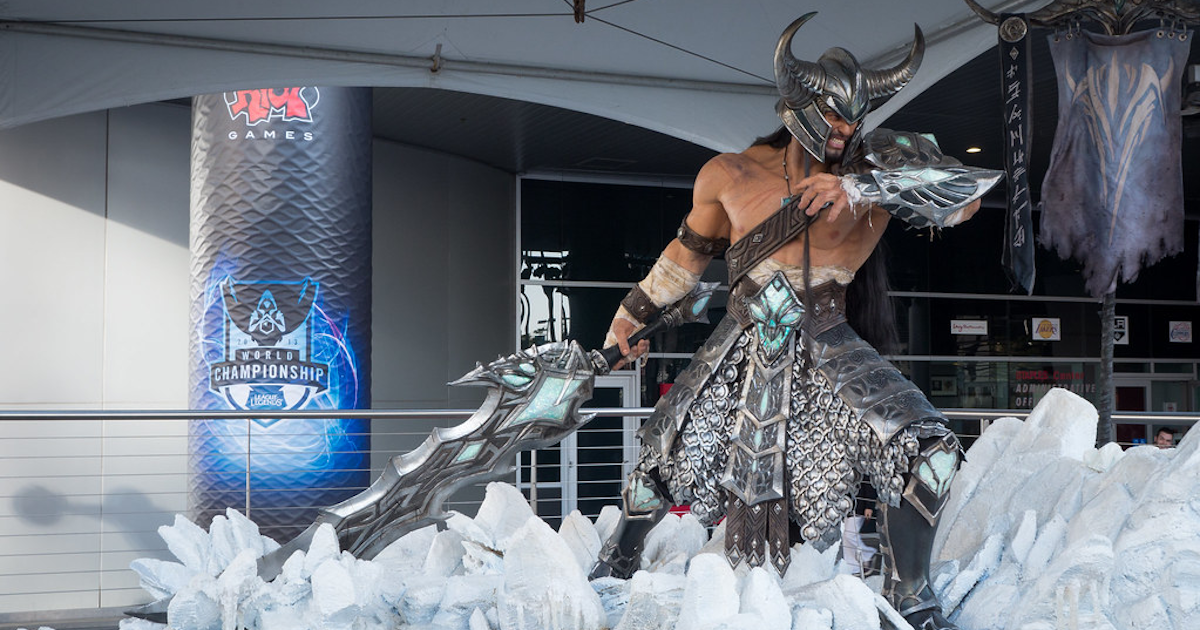 League of Legends: Why I don’t care if Europe never wins worlds

Since the first world championships in 2011, the question of which server is the most competitive has been hotly debated amongst fans and professionals alike. Generally, there is a division between the largest eastern leagues (China’s LPL and South Korea’s LCK) and the two largest western leagues (Europe’s LEC and North America’s LCS), but EU Vs NA banter can be seen in all corners of the internet. Historically, the west has won only the very first world championship in 2011, and with all LEC and LCS teams eliminated this year, the supremacy of the eastern leagues is uncontested. The question that I often get asked is “if the teams you follow never win, why do you always have hope that this year is the year?”

It’s true, international success has been limited for the west. The closest taste we got to victory was in 2019 when Europe’s G2 won the Mid-Season Invitational (the second biggest event in the League of Legends calendar) and came second in the World Championships, losing to China’s FunPlus Pheonix in quite a brutal fashion. Despite this, every year European and North American fans turn up to tournaments in droves, bursting with ‘copium’ and ‘hopium’, and leading the charge on twitter with unrelenting boldness in their predictions and claims.

The closest taste we got to victory was in 2019 when Europe’s G2 won the Mid-Season Invitational.

One such reason for this level of enthusiasm comes from the players themselves. European and North American GOAT (greatest of all time) players like Luka “Perkz” Perković, Matyáš “Carzzy” Orság, and, Nicolaj “Jensen” Jensen, tend to fan the flames on social media with grandiose claims and international banter that fans adore. When our players are happily tweeting about “gigastomping” on reigning world champions at 3am on a Tuesday morning, the fan base can’t help but get excited.

Another reason western fans adore the game is the high quality of the production and broadcast crews who present the local and international events to us. Be it the monologues, caster curses and parody songs of the LEC, or the big personalities that co-stream over in NA – the analysts, casters, and hosts make the game what it is. They aren’t shy to give their opinions, they scream and cry with the fans, and they meme about the rumours. Without them the chaos and precision we see at the highest level of the game makes no sense to the layman and the inevitable technical difficulties would be one long music or ad break.

One of the biggest names in esports hosting is Eefje “Sjokz” Depoortere, for over a decade she has led the way as a premier esports journalist, and she has hosted LEC since its inception. She is known for her compassionate interview style, her spectacular (although jinxing) monologues, and her general shenanigans on set (she’s on TikTok now). She is the first face that many think of when you mention the LEC and she does a fantastic job of easing in newbies, be them fans or players. The other side of esports journalism comes in the form of investigative journalists like Jacob Wolf (plus his evil variant who leaks team drama) and Travis Gafford. Many publications have grown from the contributions of freelance journalists who publish content which varies from internal team comms to heartfelt interviews. They often become friends with the players themselves and offer a unique perspective into the lives of the players or amplify their thoughts on the state of the game and the professional culture.

The joys of a game such as League really comes from how interactive the talent we see on our screens and the fanbase can be with each other.

The joys of a game such as League really comes from how interactive the talent we see on our screens and the fanbase can be with each other. Through streaming on twitch, hosting podcasts, and vlogging behind-the-scenes content, fans really get to know the people they tune in for. Through skilful interviewing, in-depth analysis, and masterful storytelling, the dedication and the struggle of the players shine through the screen, and you feel like you know them just a little bit better.

One such example of this was the tragedy that came over Fnatic, one of the European juggernauts, during this world’s season. After losing their franchise player to their biggest opponent at the start of the season many people wrote off the roster that was built by the organisation in the wake of this loss. After suffering through covid issues, technical difficulties, and growing pains it was a shock to many that they came through a lower bracket gauntlet run, playing more games in 2 weeks than they had in the whole split prior, and qualified for worlds as Europe’s second seed. Fans and players alike were confident that the team could make a mark at the tournament after being bolstered by a few weeks of success, but all that changed when disaster struck. One of their biggest talents and personalities, Elias “Upset” Lipp, had to return home to Germany on the first day of the tournament. The substitute player Louis “Bean” Schmitz was brought in only a few hours before the first match and fans rallied behind the team.

Unfortunately, the team failed to qualify beyond the group stage losing 5 of their 6 matches. After such a performance, and little explanation from the organisation as to why the team fell apart, twitter analysts, reddit speculators, and concerned fans were left feeling confused and in the dark. But in times like this, esports really come into their own – the team’s video editor, Pete, pulled together a masterpiece of a documentary in no time at all. He managed to capture the raw emotion that the team felt behind the scenes while respecting the privacy of those involved. He showed fans the team-building and support for Bean as the players and coaching staff navigated the evolving personal situations which manifested themselves so direly on the rift. The videos featured candid footage of hiking trips, interviews before and after the games, and tender moments between teammates which revitalised the fan base. Although the future of the team is uncertain, the fans are more vocal and positive than ever.

The electricity of watching with other fans is contagious and the camaraderie that comes from supporting a team that goes through chaos every offseason is something I wouldn’t change for anything.

Many teams run similar content programs to this. For years, Max Olivio has produced TSM legends, which follows the players in their weekly lives with behind-the-scenes footage of their training and reactions to current events in the esports world. The leagues themselves produce content with the players – notably the EUphoria podcast from the LEC brings on a different pro-player or commentator each week to discuss professional leagues, changes to the game, and current drama. Finally, due to the massive commercialisation of the teams we now see lots of sponsored content. Fans tend to react poorly to traditional adverts so teams produce YouTube series such as the BMW driving school (where pro-players are put into cars they can’t drive and given lessons by members of the BMW racing team), which allow the personalities of the players to be the selling point of the content.

Some of the bigger personalities stream on twitch, one notorious example is G2’s Marcin “Jankos” Jankowski. He is quite comfortably the loudest man in League of Legends, but it is his sweet humour and interaction with the fans means he is beloved amongst the whole fanbase, no matter what team they support.

The final word to all this is the simple fact that I don’t care if my team wins worlds or not, I love the players, the community, and the culture of the game. The electricity of watching with other fans is contagious and the camaraderie that comes from supporting a team that goes through chaos every offseason is something I wouldn’t change for anything. It may not be a “real” sport, but it feels as real as any traditional sport does when you are in an arena screaming with hundreds of other people for a man named Bean.

Image credit: “League of Legends Season 3 Finals” by artubr is licensed under CC BY 2.0