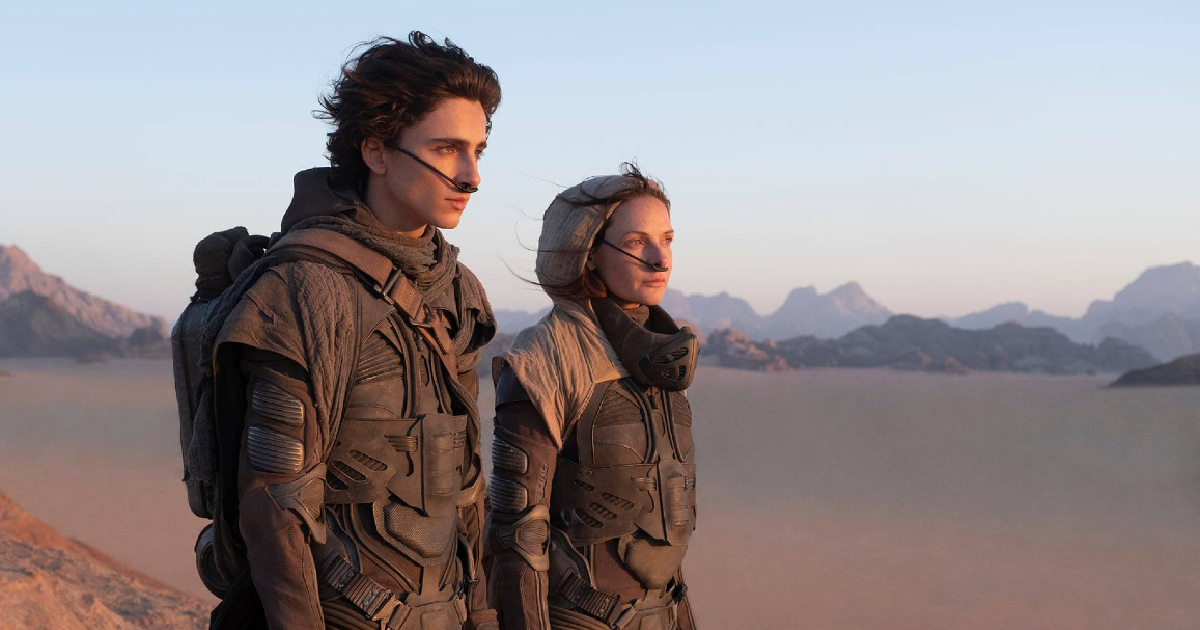 Dune Review: A disappointment for a fan favourite

Image description: Timothee Chamalet and Rebecca Ferguson staring into the dusty distance in the film Dune

I must admit that I was really excited for the new Dune film. Stellar cast, excellent source material, and a range of settings that lends itself to expansive cinematography, taking full advantage of recent developments in CGI. Having read the book recently, devouring the 700+ page tome on a single train ride – in fact, I was so enraptured by the rich narrative that I had to be asked by the ticket inspector three times for my railcard – I wanted the nearly 2.5-hour long film to take me to the same place.

I love the cinema. I love its ability to help me relax, to take me to an entirely different place. Any pretty good film will do this to me: the recent James Bond and ‘Free Guy’ managed this easily, and I left the cinema on both occasions with lots to say about what I had just seen. Even the lesser Marvel films have done this for me (let no one say that my taste is high-brow), but Dune failed to reach this bar.

Maybe it was because I was watching with knowledge of the book, and waiting for my favourite parts, but the whole thing left me feeling a bit cold. The performances were all just not quite right – for example, Lady Jessica in the book is a badass bitch, and Rebecca Ferguson spending the first half of the film shaking and sobbing isn’t what I had in my head. Timothee Chamalet gives a good performance, but if I am honest, I never really connected with the Paul Atreides of the book either. The random shots of Zendaya prancing around like she’s in a perfume advert just got annoying. This really undermined what could have been a great ensemble cast; with the exception of Jason Momoa, none of the big names really hit their stride.

The scenery, which should be impressive, bored me, mainly because every setting was introduced with endless shots before any of the action happens. In a book this is necessary exposition, but in a film, when you can see the scenery and don’t need so much description, it feels unnecessary and leaves the viewer impatiently waiting for the next action scene, which were undoubtedly the best bit of the film.

Maybe it was because I was watching with knowledge of the book, and waiting for my favourite parts, but the whole thing left me feeling a bit cold.

Having left the film and thought about it for a bit, I think I have put my finger on what didn’t work about this adaptation of Dune. A good example of how to turn a book into a film is the Harry Potter films; yes, they have been criticised for leaving some things out, but the scripts always managed to maintain the key concepts of the box, and included enough of the context in the scenery and set-up to remain engaging. Dune, by contrast, sticks too much to the exact plot of the book (with some notable – and confusing – exceptions), which is one of the reasons that this film only makes it to the halfway point of the first book.

It also doesn’t represent the narrative voices of the book well. Yes, Paul Atreides is the main character of the novel, but the first half of the book focuses far more on Leto, his father, than the film manages to. In fact, the scene in which Leto chooses men over spice is one of the best bits of exposition in the whole film, but more needs to be done to explore his character before he is bumped off. In the book, Leto’s death is devastating – the film doesn’t give a good enough account of what is actually lost when he dies.

This could have been such a good film, if it had been more tightly edited. Cutting out some needless exposition, not trying to introduce the intergalactic political aspect in the first ten minutes, and focusing more on Leto might have captured the book far better. This would have given more space for performances; it seems odd, that for a story with such a strong plot, that so much attention was given to peripheral elements.

I was disappointed by a film I was excited to see, and I am not sure whether the Part Two that was announced by Timothee Chamalet a few days ago will be able to make up for it. I’ll probably go and see it though, even if it’s just for his cheekbones.