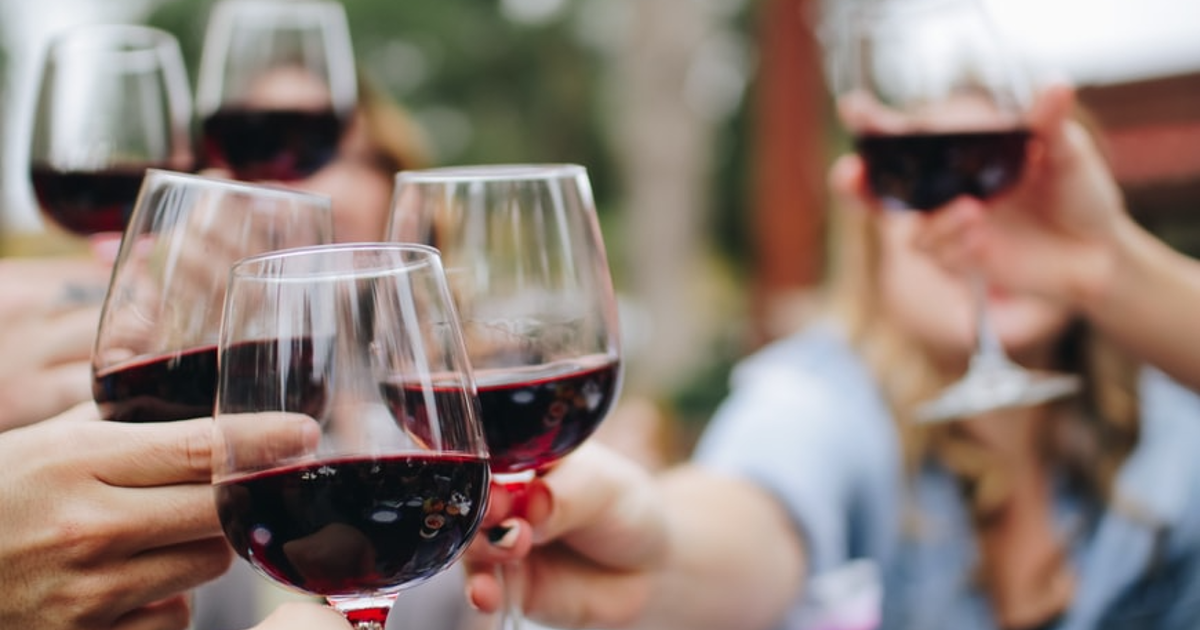 Is it weird to go wine tasting on a random Thursday halfway through term? Yes. But as someone who likes drinking wine and had little else to do on a Thursday except get started on next week’s reading, I decided to try it. Disclaimer: I’d never done a wine tasting before, and I was in for a journey of discovery.

The wine tasting was held at Oxford Wine Company in Jericho, whose upstairs room had tables laid out with canapés and several empty glasses ready for us. The central table was laden with bottles upon bottles of red wine from the Bordeaux Médoc area, from the £17.50 Donjon de Lamarque Haut-Medoc 2015 to the £160 Chateau Branaire Ducru Saint-Julien 2000. All seven wines were from the Médoc in France, which is apparently a very good region for grapes. If there’s anything I learned, it’s that not all grapes are equal; some are much, much more equal than others. This was certainly reflected in the price, but was it reflected in the taste?

I decided that I’d rate each wine out of 10 (although in retrospect, since none scored below a 6 I should’ve probably gone for a 1-5 scale). I decided that a bottle rated between 6 and 7 would be one I’d drink at a crewdate – easily drinkable, nicely paired with a curry and pitta bread to line the stomach. 7 to 8, I’d pick if I was really trying to impress someone. 8 and above I reserved for a wine that smelled, tasted, and felt more impressive than I’d ever had before. Full disclosure – seeing as I’m usually quite a cheapskate with wine, those higher categories weren’t going to be too hard to reach. Also, I have to say that as the night went on and I tasted (read: gulped down) more wine, I got more and more complimentary.

If there’s anything I learned, it’s that not all grapes are equal; some are much, much more equal than others.

The first wine, the Donjon de Lamarque Haut-Medoc 2015, was really quite nice and was the wine owner’s favourite. I could really taste the ‘deep berry flavours’ once I was told they were there. I rated it a 6.5 – excellent for a crewdate, and although I don’t much understand how wine and food ‘pair nicely’, it tasted very nice with the mushroom paté cracker I wolfed down with it. Overall, a solid start.

Wine number two was a Moulin de Citran Haut-Medoc 2010. I have to say if I had to buy any of the wines I tried at the tasting, it would be this one. It felt much lighter and fruitier than the first, and we were told this was due to the malolactic, secondary fermentation the wine had gone through. This seemed to be a complicated way to say that this wine was very, very easily drinkable – I’d gulp down an entire bottle of this without a need for any sconces. A good 7/10.

Next was the Chateau La Tour de By Medoc 2015. This one wasn’t as fruity as the last one and was described as ‘dusty’, with a classic, restrained touch. I agreed. 6/10 – my least favourite.

I rated the fourth wine, Chateau la Fortune, Cru Bourgeois Margaux 2019, a 10/10 for the smell before I’d even got a taste. Apparently, this smell is the ‘classic perfume’ expected of Margaux, which must be an excellently fragrant place. The intensity of the fruit character and high alcohol combined to produce a smell reminiscent of the deeply intense and sweet – from liquorice to cocoa and cinnamon. The taste was oaky (from its maturity in oak barrels) but also quite sweet and tangy – 8.5.

Next was the Domains Barons de Rothschild Légende Pauillac 2016. Rothschild is a big name in wine, and 2016 was known for a long, dry September which extends the ripening season for grapes. All this made for what I could tell was a very good wine, but there was an extra something in the taste – we were told this was a toasty, vanilla taste generated by French-sourced oak used for the barrels in which the wine matured. Very nice, but not as nice as the previous, so I gave it a 7.5.

The Chateau les Ormes de Pez Saint Estephe 2010 was next. This chateau is known for the age-worthiness of its wine and at 14%, this had the highest alcohol percentage of the lot. It was described as ‘indulgent, seductive, and hedonistic’ – I wouldn’t have gone that far personally, but I agreed that it was velvety smooth. A solid 8.

I was quite excited about the last one – the £160 Chateau Branaire Ducru Saint-Julien 2000. It was very difficult not to be influenced by the price tag, but all I can say is that it smelled, tasted, and felt different to all the rest. Apparently, as wine ages, it loses its primary qualities and gains tertiary characteristics. I’m not sure what exactly this wine lost and what exactly it gained when aging, but whatever it gained, I loved. I rated this one a 9, but it’s definitely out of any reasonable crewdate wine price-range, which is something to keep in mind.