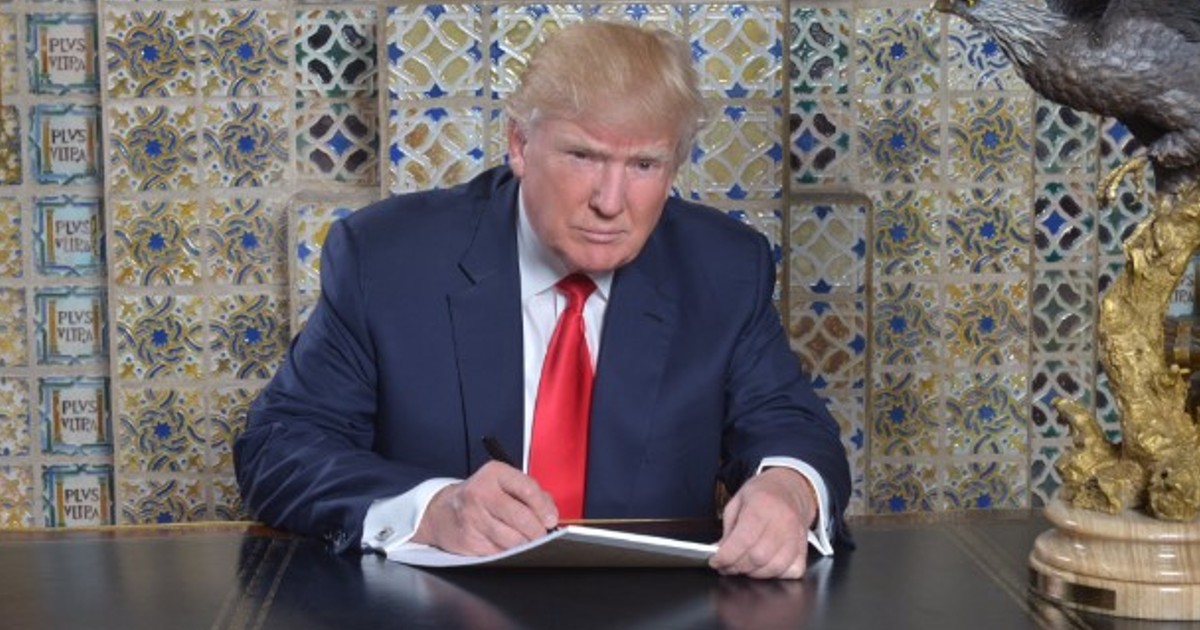 Donald Trump has hurled himself back into the international news ring by announcing the launch of his brand new social media platform, subtly titled TRUTH or ‘Truth Social.’ This unprecedented new social network is set to launch for private beta in November this year, and will then open to the public in 2022. The network was ‘founded with a mission to give a voice to all’ and to combat the supposed suppression of conservative voices online.

The founding of Truth Social follows the former president’s banning from mainstream social networks sites like Facebook and Twitter following his role in the 2021 January United States Capitol Attack. Prior to his ban, Trump had a powerful presence on social media. Trump’s idiosyncratic contrarian tweets attracted an army of loyal supporters and a profile that neared 90 million followers at the time of his ban. With the swipe of his stubby little thumbs, Donald could cause the stocks of major companies to crash, bring countries to the brink of nuclear war, and provide a global platform for far-right ultranationalists, like Britain First. Social media was Trump’s blunt tool to enforce his agenda. Trump’s banning has made him a preacher without a megaphone – through Truth Social, the former President seeks to fix that.

Throughout his presidency, Trump often warned of the dangers of letting companies like Twitter and Facebook police online political discourse, supposedly censoring right-wing views and homogenising political discussions on their platforms. Trump has presented the founding of Truth Social as a response to this de-platforming, with a website that would firmly ‘stand up to the tyranny of big tech’.

Social media was Trump’s blunt tool to enforce his agenda. Trump’s banning has made him a preacher without a megaphone

TRUTH’s stance on free speech is clear, and the platform unapologetically takes no responsibility for the ‘content, accuracy, offensiveness, opinions [or] reliability’ of anything users might post on the site, setting the stage for a gruesome free-for-all of opinions with a complete lack of accountability for the real-world impact of the information that TRUTH feeds its consumers.

Despite this blatant and proud lack of fact-checking or verification, the design of the platform suggests that we are only receiving the ‘truth’, and threatens to throw global political discourse further into the post-truth territory. The platform is being painstakingly crafted in the image of a new age Republican’s wet dream of what Twitter could be: with ‘tweeting’ being ‘truthing’, and ‘retweeting’… Yes, you guessed it, ‘retruthing’ – this way users can wake up and learn the truth in a matter of seconds. It’s never been easier to be so enlightened! Nevertheless, despite presenting itself as the last bastion of free speech, the website prohibits users from saying anything to ‘disparage, tarnish, or otherwise harm, in our opinion, us and/or the site’ – so not precisely what it says on the tin then.

But perhaps this is the perfect timing for Trump. Despite the expectation of critics that Trump’s social media project would collapse like many of his other ventures, the reality on the markets has been different. Shares in Truth Social skyrocketed by 900%. This enthusiasm was backed by a poll in Politico which suggested that 63% of Trump 2020 voters would visit Truth Social ‘a lot’ or ‘some’. There is undeniably a market amongst Trumpists, the question is whether Trump and his team are capable of tapping into it.

This enthusiasm for an anti-traditional social media platform can be seen online more broadly. Public trust in Facebook has never been lower following whistle-blower leaks that revealed the company’s awareness of the negative effects Instagram has on teenage girls’ mental health. Similarly, the tide is seemingly changing on recent trends regarding free speech. Despite outrage over comments Dave Chapelle made regarding transgender people in his most recent Netflix special ‘The Closer’, the streaming company has taken a stance on the issue and continued to advertise and stream Chapelle’s material. The online zeitgeist is seemingly blowing in Trump’s direction. Nonetheless the zeitgeist has to be captured, and based on the fact that hackers were able to find an unreleased version of the website and upload ‘a picture of a defecating pig’ on the President’s account – this is more than questionable.

The electoral potential of Truth Social in America is significant: if the launch next year is successful (admittedly a big if) this would undeniably galvanise the already rising support for a Trump 2024 campaign. But even sooner could be the immediate impacts in the midterms. The Democrats’ positions in both the House and Senate are under threat, with President Biden’s support on a steady decline. Truth Social could be exactly what the Republicans need to secure victory and rip the Democrat’s position in Congress from them.

The online zeitgeist is seemingly blowing in Trump’s direction. Nonetheless the zeitgeist has to be captured

Beyond political and cultural concerns, there is the greater existential threat that Truth Social provides. Much has been written about online ‘bubbles’ or ‘ideological frames’ that have emerged through personalised algorithms in recent years. In America, partisan walls have been erected around political temperaments with Conservatives leaning to Fox News and Liberals to CNN, and any sense of middle ground being abandoned. Truth Social seeks to profoundly accelerate this process, closing off any communication between those of different political leanings and literally presenting different truths.

We live in an era of hyper-partisanship, exemplified by recent polling that suggests that almost one in three Republicans believe that violence may be necessary to ‘save’ America. Those of a different political persuasion are no longer opponents with different but respectable beliefs but enemies. If Truth Social is a success, the partisan divide will be radicalised like never before and the political swamp will be deepened.