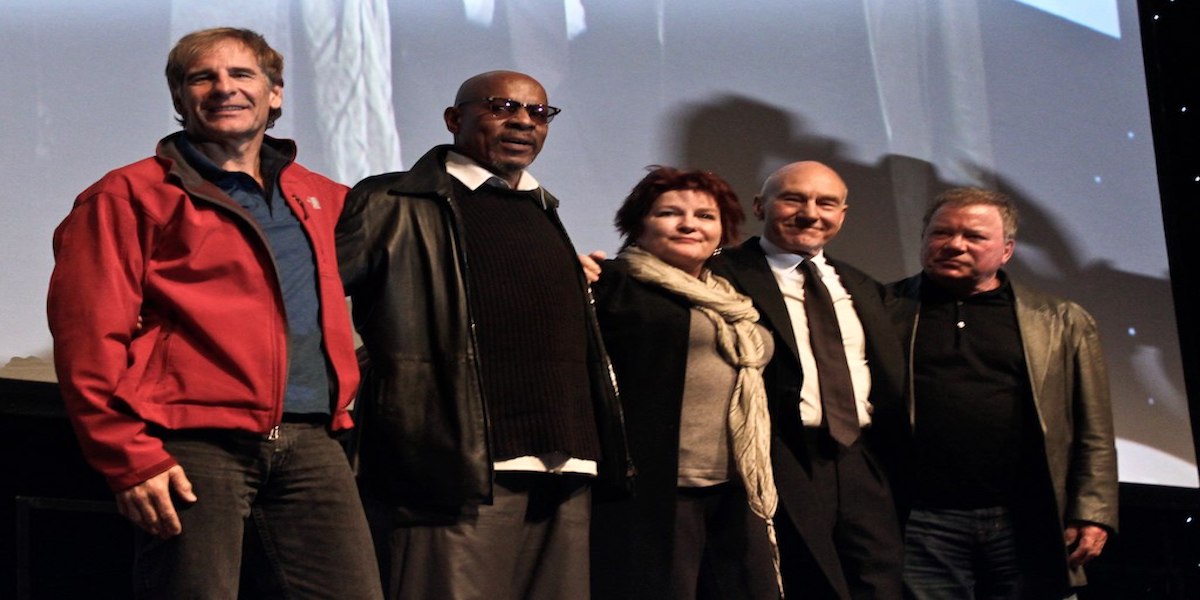 Diversity in media: are we gracious or gratuitous?

Last weekend I took a slight foray into watching Star Trek: Deep Space Nine. Aside from failing to develop any lasting interest  beyond the first episode, what I did briefly notice was almost depressing. DS9 at first glance captured what altruistic diversity in casting and plot should really look like, in a far more authentic way than I have seen in a majority of  contemporary productions for a while now. One had a sense that Avery Brooks’ casting as the lead character in the early nineties had nothing to do with his race, and everything to do with his theatrical capabilities and the needs of the plot and character themselves. In this way, I saw an example of something which many called “ahead of its time”. I’d propose that in many cases in literature and film, it is still ahead of our time.

Whilst I appreciate the attempts that popular media has made to open the door to people of colour, I cannot help but feel that in some places this has been done most gratuitously to appeal to audiences who wish to see a “revolutionary” balancing of representations in the media, without truly benefitting from the substance of what such characters can bring to the table. In this way, characters are celebrated for what they represent, much to the neglect of what they are. This whole process can appear condescending and hollow. What results is work that at times demands diversity for its own sake and superficially commodifies diverse cultural representation, without sharing with its audiences any true understanding of it.

This can be seen in  films such as Black Panther, in many ways an astute celebration of black culture and a much needed beacon of representation for many who yearn to see African cultures and people of colour at the centre of their own narrative.  On the other hand, it arguably uses and subverts specific traditional African tribal settings and garments as backdrops and props to appeal to a sense of representational revolution amongst its viewers.

We belong in popular media, we should be represented, and we should not for a minute entertain otherwise notions by characterising ourselves as poster boys and girls for our heritage.

Such is the curse bestowed upon works which represent non-white protagonists; they aren’t simply measured as pieces of entertainment or art, but have the added weight of expected “progression” and “statement-making” to contend with, which in many cases denies its own purpose. Wouldn’t it be far more genuine, balanced and progressive if Black Panther, or the new female 007 in No Time To Die were celebrated for their performances instead of the demographics they both enthusiastically and dutifully represent? I suspect Lashana Lynch, despite feeling pride at having broken “new ground” might crave an interview in which she is celebrated for her portrayal of Nomi, instead of specifically or  even exclusively the black and female perspective the character represents. It might be more constructive to break this new ground by simply stepping onto it, as naturally as anyone else- gracefully ignoring the ignorance of those not ready to accept it, empowered with the support of ever-growing numbers who are. To do so would in no way understate the importance of such representation- I believe it might naturalise it. We belong in popular media, we should be represented, and we should not for a minute entertain otherwise notions by characterising ourselves as poster boys and girls for our heritage. For us not to shout “diversity” and “inclusivity” from the rooftops, and simply be authentically diverse and inclusive might be the most progressive step of all.

What results is work that at times demands diversity for its own sake and superficially commodifies diverse cultural representation, without sharing with its audiences any true understanding of it.

Many productions, before and after DS9 represented powerful and diverse casts, without the supporting and at times disingenuously commercialised  banner of being “revolutionary”; one only has to think of the 1998 Marvel film Blade.  During the production of what is now a cult classic, the question arose: “can Blade be white?”, to the response of “absolutely f—ing not. Like, that is just terrible. You cannot do that.” This wasn’t because of championing black actors in the media, or making a statement about representation to appeal to the cultural climate. This was because screenwriter David Goyer ardently believed firstly that Wesley Snipes was the best person to play this character, and secondly that the character was and should be black.

Diversity shouldn’t be the point of a production and I don’t feel that many people of colour truly feel it should be. I believe we should want to see a balanced array of characters who represent the diversity of people in life- who don’t feel the burden of representing their entire race, or culture but in representing themselves and their characters contribute to an overall and balanced picture of our worlds.