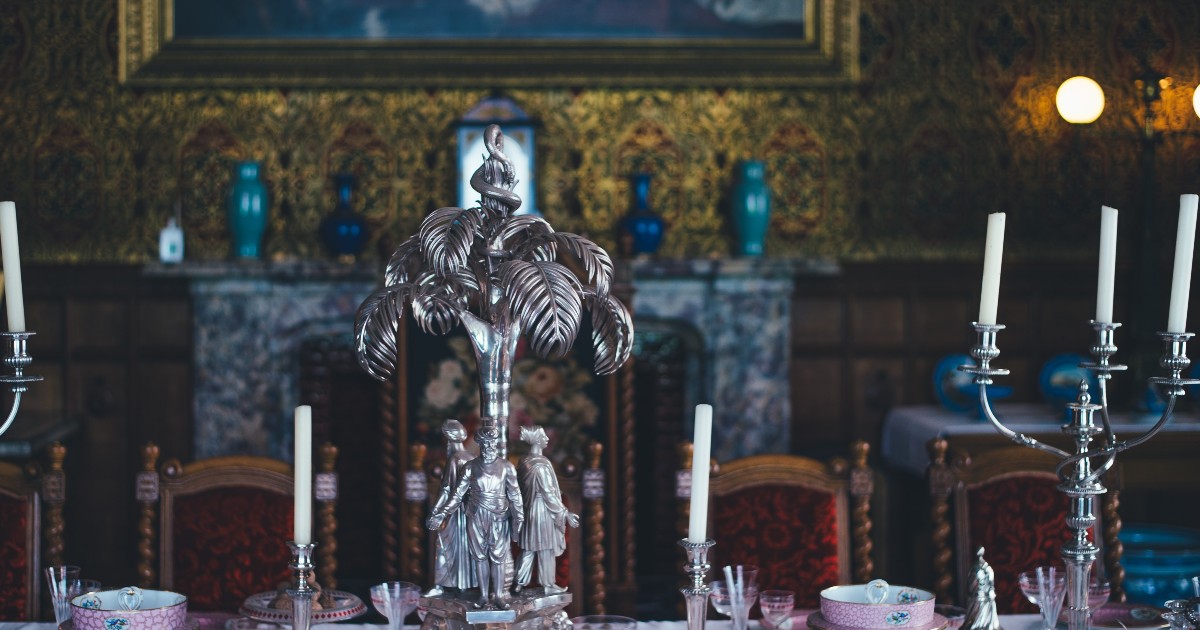 Ivy Getty’s wedding and other moments from our favorite heiresses

Artist, model, and oil heiress Ivy Getty made headlines last week for an extravagant and beautiful wedding ceremony, as media outlets from Vogue to CNN raved over her dress made out of broken mirrors. Critics, however, have pointed out that the media outlets glossed over the fact that the wedding was attended by some of the most powerful people in American politics. However, why should we sully our celebration of these artists with the concerning implications of hyperwealthy families profiting off our collective suffering and sacrifices? Ivy Getty is not the only artist to come from old money and old power–from the heiress Joss Sackler of the Sackler pharmaceutical fortune to the Queen herself, these figures are truly artists and celebrities in their own right. And, besides the fact that they were born with all the money and status they could desire, their fame and fortunes are entirely their own achievements of individual talent and refined taste, deserving of our glorification and praise.

In case anyone isn’t convinced, we’ve compiled a list of the best moments from some of our favorite heiresses from the last couple of years.

Ivy Getty received abundant praise for her collaboration with Maison Margiela on the mirror dress that we’ve all seen and loved. While Maison Margiela creative director John Galliano designed and made the dress, Ivy provided a stunning artistic vision consisting of no “preconceived ideas or expectation about what the end result should look like,” according to Vogue. In the internet era, celebrity status has been made much more equitable, and thus it’s been much more difficult for Getty to achieve her current status as an artist–after all, it’s not like money can buy views and likes. Whether it’s telling graphic designers to design her logo or telling clothing designers to design her clothes, Getty truly had to build her own empire from the ground up.

In addition to an absolutely breathtaking dress, Ivy Getty’s wedding is also notable for the high-profile guests who attended, from California governor Gavin Newsom to Speaker of the House Nancy Pelosi. The close connection between Getty (who, as a reminder, belongs to a family of billionaires whose fortune was amassed from the petroleum industry) to some of the most powerful people in the US Government is only further proof of her charm. It appears that a fortune is not the only thing Getty inherited from her oil oligarch family–she inherited a penchant for charming politicians as well. And with the opulent wedding her talents brought us, I can’t imagine anyone could possibly complain about the intimate ties between government and oil magnates (other than Ecuador and a certain Steven Donziger, but they must have developed bad taste from all the pollutants).

Joss Sackler is the founder of the LBV brand of clothing and accessories. Joss is a member of the Sackler family, which recently faced some bad press due to their pharmaceuticals company Purdue Pharma’s role in the opioid epidemic. As such,  Joss has had to struggle against all odds to keep her brand afloat amidst the distancing and boycotts from the ungrateful, performative high-fashion industry. It’s undeniable that Sackler’s clothing, designed by creative director Elizabeth Kennedy, is proof of Sackler’s hard work and dedication to her lofty goal of “inspiring female community” through a “central focus on the interconnectedness of wine, culture, design, and the arts.” Clarity of vision aside, Sackler has endured great hardship, as even her smallest misstep has set off a cascade of negative reactions stronger than an OxyContin overdose.

Case in point, Sackler faced extreme backlash simply for featuring a model lying down on promotional flyers for LBV’s Spring 2020 Collection. Critics noted that the model looked like a passed-out man, and drew comparisons between the image on the flyer and the imagery of the opioid epidemic created in large part by the Sackler family’s Purdue Pharma products. Yet as much as the image of the passed-out model resembles the image of watching my friend overdose on opioids that is seared into my mind, the level of sensitivity critics demanded from Joss Sackler was simply absurd. After all, what did she have to do with the half a million excess deaths caused by her family business’ consciously predatory marketing practices? It’s not her fault since she wasn’t on the Board, so I’m sure my friend would be happy that she’s putting the profits her family made off of her passing to good use.

Queen Elizabeth II is not only Queen of the United Kingdom and 15 other Commonwealth realms, but also the queen of elegance and extravagance, reaching a level the previous two entries could never even imagine. Moreover, many of the Queen’s accomplishments are truly self-made. For example, she has raised an estimated 1 billion for charity by allowing her image and name to be put on stamps and the like so charities can accredit their contributions to her. Not many of us could claim the same level of philanthropy.

As much as designers and fashionistas may try, no one will ever be able to surpass the beauty and splendor of the crown, with its diamonds cut from the Star of Africa. In fact, extraordinary is her sense of style that one is inclined to forget the irony of the British monarch wielding the star of Africa, or the UK’s history of brutal colonialism, some of which has happened under the Queen’s rule. In any case, the destruction and subjugation of entire countries, many of which have never recovered, may just have been worth it for the Queen to show us all what real elegance is.

Whether they continue to profit off the wholesale destruction of our climate, the forcing of a million additional people into deadly opioid addictions, or the ravaging of much of the non-Western world, these heirs and heiresses to immense wealth and power are more than the utterly inhuman brats they seem. As the media coverage around Getty’s wedding shows, we need to recognize that these figures are truly celebrities, and thus celebrate their talent for gracing us with incredible images of elegance and extravagance.