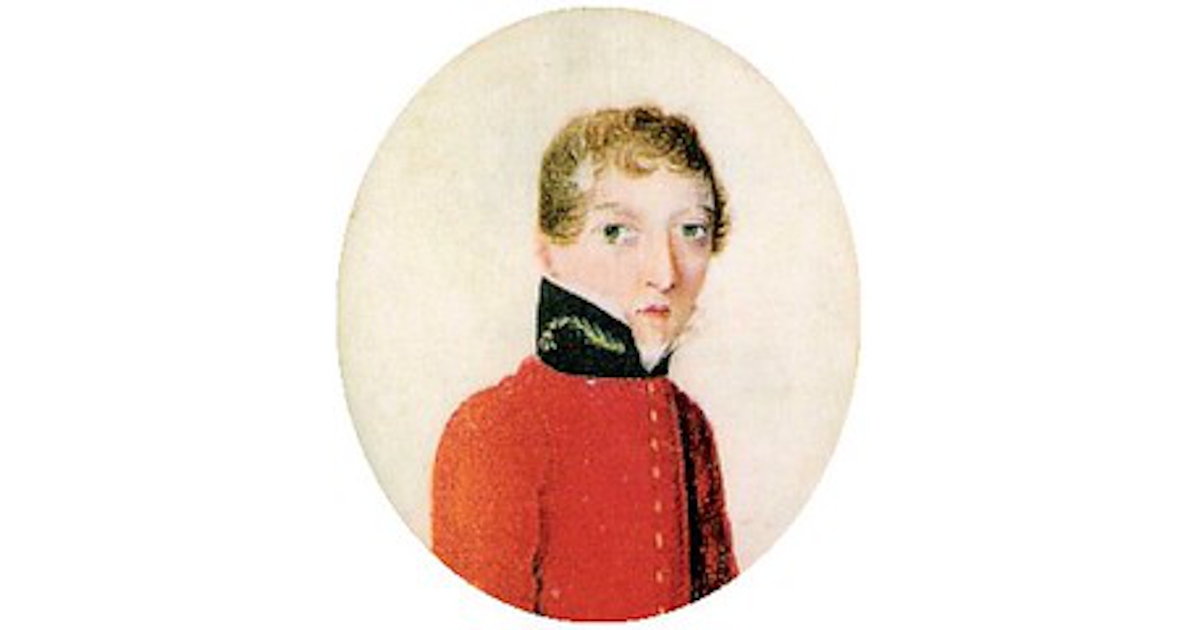 Image description: a miniature portrait of James Barry by an unknown artist, c. 1813-16

Transgender Awareness Week occurs annually between November 13th-19th. This week is meant to celebrate the achievements of the trans community, as well as memorialise the victims of transphobic violence. This is done in the hopes of bringing attention to the necessity of continued liberatory struggle and the history of the same such struggles.

There is a common misconception that trans people have not existed up until recently.  In fact; however, this misconception can be attributed to the fact that, until very recently, trans voices were often censured (and even now, members of the trans community still face harsh social, economic, and political repercussions for being ‘out’ and outspoken about trans-inclusivity issues). Despite the difficulties associated with living authentically, there were nevertheless several figures in history who achieved a good deal of happiness and success in history.

As part of Transgender Awareness Week, we have a responsibility to inform ourselves about the lives of such remarkable individuals who, in their resilience and resolve to be in a world which was actively hostile to their existence, are both sources of inspiration and comfort to future trans generations. We have a duty to them to not let their names be forgotten with the cruel march of time.

As part of Transgender Awareness Week, we have a responsibility to inform ourselves about the lives of such remarkable individuals.

There is another reason, further, for exploring the lives of individuals who defied the strict gender binary of their time. Such an examination will prove to us that the concept of being ‘transgender’ was not a concept which was readily available to everyone everywhere. Even now, what it is to be transgender, and, broadly, gender-nonconforming, is something which is still a point of conversation.

What strikes as common in our exploration of these remarkable individuals in history who did defy strict gender binaries was precisely their defiance of expected social norms in a persistent, lived way. This pattern of living would establish them as a figure to be respected by the trans community of today regardless of whether they had the terminology to define themselves as trans, non-binary, or gender non-conforming as such.

It is this point which has frequently been missed by some individuals, who have a tendency to anachronistically seek for a person’s defining themselves as transgender, non-binary, or gender non-conforming, despite the fact that, again, these identity-categories and this linguistic rhetoric are quite new as conceptual categories.

What strikes as common in our exploration of these remarkable individuals in history who did defy strict gender binaries was precisely their defiance of expected social norms in a persistent, lived way.

Bearing this in mind, let us examine the life of Dr. James Barry. In the early nineteenth century, Barry enrolled in medical school in Edinburgh, where he was living with his mother and uncle following the death of his father. After graduating from the Royal College of Surgeons, Barry joined the army on July 6th, 1813, wherein he launched a medical career that lasted 50 years. During his 50 years, Barry travelled to various outposts throughout the British Empire, including to South Africa, the Caribbean, and Canada.

Barry was a pioneer in the medical field. In 1826, he carried out the first successful caesarean section – this procedure usually ended with the death of the mother. Furthermore, Barry was also a fierce advocate for improving hygiene in medical care, the humane treatment of lepers in leper colonies, improved water systems, and improved living conditions of soldiers.

After a long career, Barry’s health began to fail in 1859. Barry was 70 years old when he was forced to retire, despite objections, by the medical board. He had achieved the rank of Inspector General in military hospitals in 1857 – equivalent to the rank of Brigadier General. In this position, he had continued to advocate for the aforementioned causes which he had championed throughout his 50-year long military career.

Barry proceeded to live as a man and, clearly, as indicated from his last wishes, he wanted to be remembered as he had lived.

On July 25th, 1865, Dr. James Barry died. Before he had died, he had left specific instructions concerning how his body should be dealt with. He wanted to be buried in the clothes that he had died with. That is to say, he did not want his body to be examined by any doctors whatsoever– no washing or undressing should be done in preparation for a burial. His wishes, of course, were ignored, and a scandal ensued.

Dr. Barry’s death was reported in the Manchester Guardian with a kind perverse glee, for the nurse that had begun preparations for Barry’s burial had discovered that in fact Barry was assigned female at birth. Barry had adopted his uncle’s name after his death, and enrolled in medical school at a time when women were simply not allowed into the profession. From then on, Barry proceeded to live as a man and, clearly, as indicated from his last wishes, he wanted to be remembered as he had lived.

It is not clear that we could describe Barry as a transgender man; certainly the term was not around for Barry to self-identity as such. But, it is clear that, however Barry personally identified, his lived experience indicates something which members of the trans community today can resonate with: a desire to be authentically ourselves in spite of a hostile environment. We should respect Barry’s wish to be remembered as he lived.