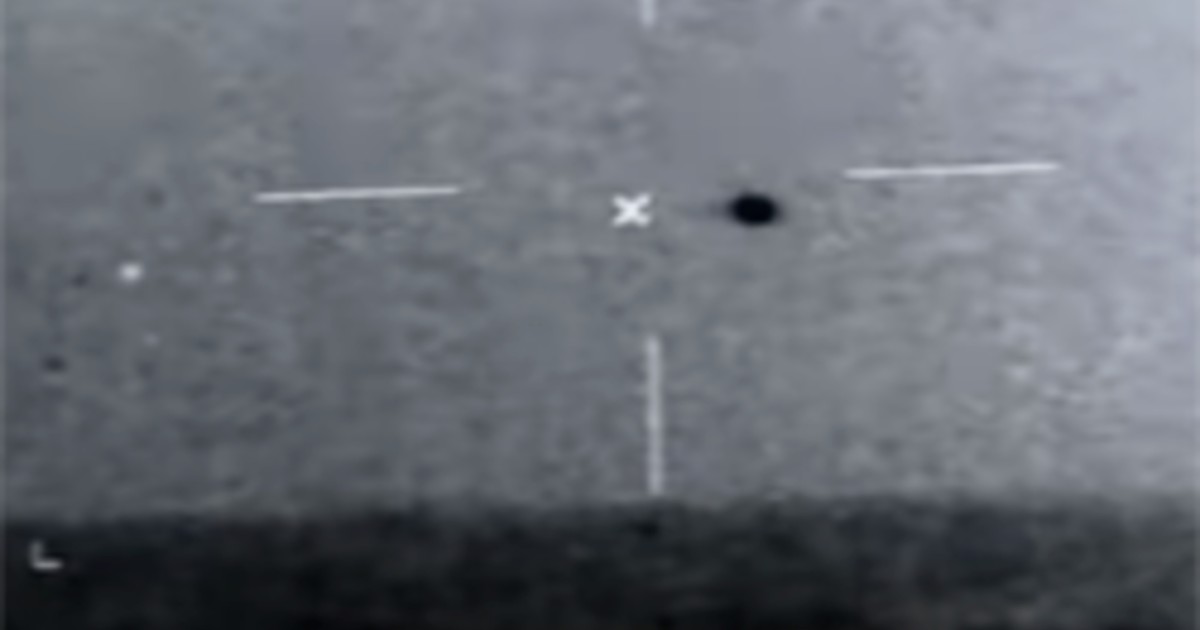 What happened to those UFOs?

November 14, 2004 was no ordinary day for Commander David Fravor. During a routine training mission off the coast of California, he was sent to investigate the most unusual of radar contacts. For two weeks, the US Navy cruiser USS Princeton had been detecting unknown aircraft zapping erratically between 80000 and 20000 feet of altitude. As his fighter jet closed in on the target’s coordinates, Fravour couldn’t notice anything unusual. Then, he looked at the ocean below. The water was churning. Above the disturbance was something that fellow pilot Chad Underwood could only describe as a 12-metres long, white Tic Tac. Fravor dived down on the object, only for it to ascend towards his plane and then accelerate out of view at fantastic speed. As his carrier, the USS Nimitz, launched a second swarm of fighters to track the UFO – this time with advanced infrared cameras – Fravor was welcomed back onboard by the merry mockery of his crewmates. Little did he know that his story was to be taken very seriously.

In June 2021, the Nimitz incident made its way to an unclassified Pentagon report on UFO encounters with US military personnel. The document itself left much to the imagination, and of 144 unidentified flying objects – 21 of which displayed “unusual movement patterns or flight characteristics” – it left 143 as such. The Internet went abuzz simultaneously with both excited speculation and condescending sarcasm. Then, after a few news cycles, the mystery objects peeled away from the public eye faster than Fravor’s Tic Tac.

Given the short-lived media frenzy, casual observers may be forgiven for thinking that UFOs suddenly became all the rage last summer, perhaps as the psychological effects of lockdown purgatory made the surreal seem more plausible. This couldn’t be further from the truth. The immediate lead-up to the Pentagon report can be traced back to at least 2017, when a puzzling trio of videos recorded by US Navy personnel made a splash on the New York Times. Among them was a 2004 infrared clip of the Tic Tac.

What’s more, the phenomenon goes back decades. The conclusions of the June 2021 report are eerily similar to those of a 1947 US Air Force memo stating that “the phenomenon reported is something real and not visionary or fictitious” while offering technological breakthroughs by foreign adversaries as a potential explanation. A 1999 report by a team of French scientists and retired generals – the COMETA group – ventured much further. Based on radar and photographic evidence of UFO sightings, it singled out the “extra-terrestrial hypothesis” as the least implausible. Contrary to popular clichés, serious concern for UFOs is thus neither a recent novelty nor a uniquely American obsession. If anything, the sense of déjà vu triggered by the June report raises the question of why, after at least seven decades of encounters, we still have no idea of what “the phenomenon” is all about.

Given such an inconclusive history of investigations, perhaps it’s no surprise that UFOs faded away from the news so quickly last summer. Not only do we lack conclusive data to get to the bottom of the question: it is by no means clear that we know how to tackle it in principle. The very nature of UFO sightings – unrepeatable, unpredictable, and anecdotal – makes them impervious to scientific investigation. This has done little to dispel the stigma surrounding the topic in academic circles.

Moreover, the erratic flight paths and apparent lack of purpose displayed by most UFOs, seem to defy rationality altogether. As sceptics may reasonably put it, why go all the trouble to transverse the interstellar vacuum and then merely to harass a couple of pilots in antiquated, fossil-fuelled flying machines? It may be tempting to dismiss the phenomenon entirely on this basis. However, what if apparent irrationality is precisely what we should expect from intelligences vastly more advanced than ours? Given a sufficient technological or cognitive gap, their motives could seem more alien to us than any of their craft. To paraphrase Frans de Waal, are we smart enough to know how smart extra-terrestrials are? Unwavering agnosticism, and a healthy dose of intellectual humility, remain the best weapons in our arsenal.

Finding out that they have extra-terrestrial origins would be as close as it gets to being thrown back into the mid-Pliocene food chain.

Perhaps though, the collective escape from conversation that followed the Pentagon report transcends our intellectual shortfalls. The UFO drama speaks to something deeper and more primal. Having banished angels and demons from respectable conversation, we are no longer accustomed to higher intelligences intruding into human affairs. The possibility of technologically advanced aliens on Earth blows a Tic-Tac shaped hole in our mastery of the planet, evoking uncanny echoes of H.G. Wells’ description of “intellects vast and cool and unsympathetic”. Perhaps this is why we are so open-minded about alien life as an aseptic concept, far removed from us in spacetime as they are, and yet simultaneously so quick to ostracize alien UFOs to the realm of conspiracy theories. Finding out that they have extra-terrestrial origins would be as close as it gets to being thrown back into the mid-Pliocene food chain.

From Roswell to the Phoenix Lights to the USS Nimitz incident, UFOs have never failed to spark our imaginations each time they reappear in the news cycles. Yet just as quickly as they appear, the excitement and speculation fizzles out again from the mainstream imagination. Unlike Roswell, we forget about UFOs so quickly not because the sources are incredible or because investigation revealed more plausible explanations–indeed we are more aware than ever of just how bizarre these phenomena are. Rather, as fervently as we may wish not to be alone in this universe, our collective imagination has no room for advanced minds so different from our own.  No matter how slim the probabilities, this makes our collective forgetfulness much more understandable.