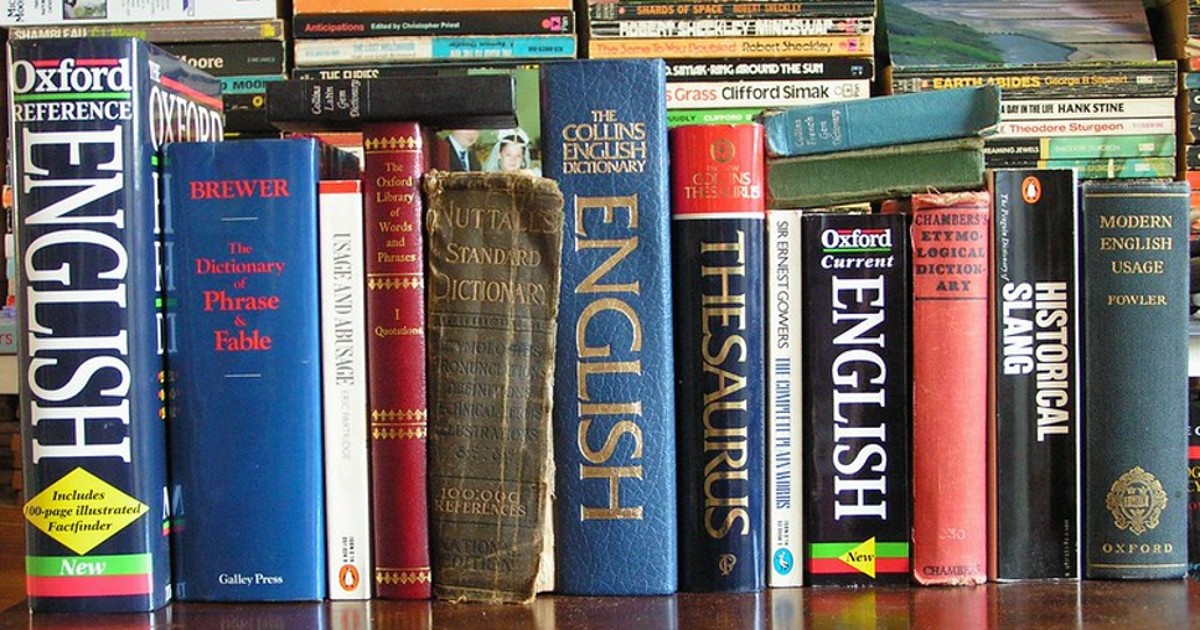 Image Description: a number of dictionaries on a book shelf.

Brookes: the ones you swipe left on on dating apps.

Crewdate: only if a courageous ally orchestrates a highly targeted ABC will the prospective romantic walk away with an actual date from this; the majority will leave the cheap curry house of choice £15 out of pocket and with nothing to show for it except extreme inebriation. (see also: ‘daylight robbery’)

Facebook: sadly the app to which all Oxford students must resign their souls if they want to actually get involved with university events. Jamie’s proposed evacuation to Discord will only happen if the gaming community becomes more prominent within the student body; the existence of a dedicated ‘Gaming section’ within this very paper is misleading in this regard.

G&D’s: a conspiracy invented by the University to get students addicted to ice cream in Freshers’ Week.

I: the nominative singular pronoun, used by a speaker in referring to himself or herself.

JCR: democratic representatives of the undergraduate student body; a committee of harmonious concord where no drama ever happens and everyone definitely does their jobs.

Newspaper (student): a respected extra-curricular university activity, provided you’re working for the OxStu; its writers are known as ‘journalists’ to themselves, and ‘try-hards’ by others.

Oxford Union, the: you already know what this is.

“Did you vote in the Union elections this week?”

“What, you mean the Student Union? The SU?”

Q: you try and think of something that’s both Oxford-related and mildly amusing that starts with Q. I’ll wait.

Student political society, any: Something to avoid, unless betrayal, intrigue, and incurring the general hostility of the University at large interests you. (see also: ‘Christ Church’)

Tescalator: a fun novelty, until it isn’t.

“Oh God, I had the most awkward encounter today. I saw my Tinder match on the Tescalator.”

University of Oxford, the: the best university in the world, according The Guardian, although looking around at the caliber of some of your peers this is often difficult to believe.

Varsity Club, the: can’t fill the nightlife hole left by Fever Fridays, no matter how hard it tries.

oxYou: despite the stupid name, still the University’s best, by virtue of being its only, newspaper satire section.

“Which section of the OxStu do you write for?”

“Wow! You must be really fit and funny…”

Zzzzz: something Oxford students could always use more of; the sound of a lecture hall the morning after Bridge Thursdays.