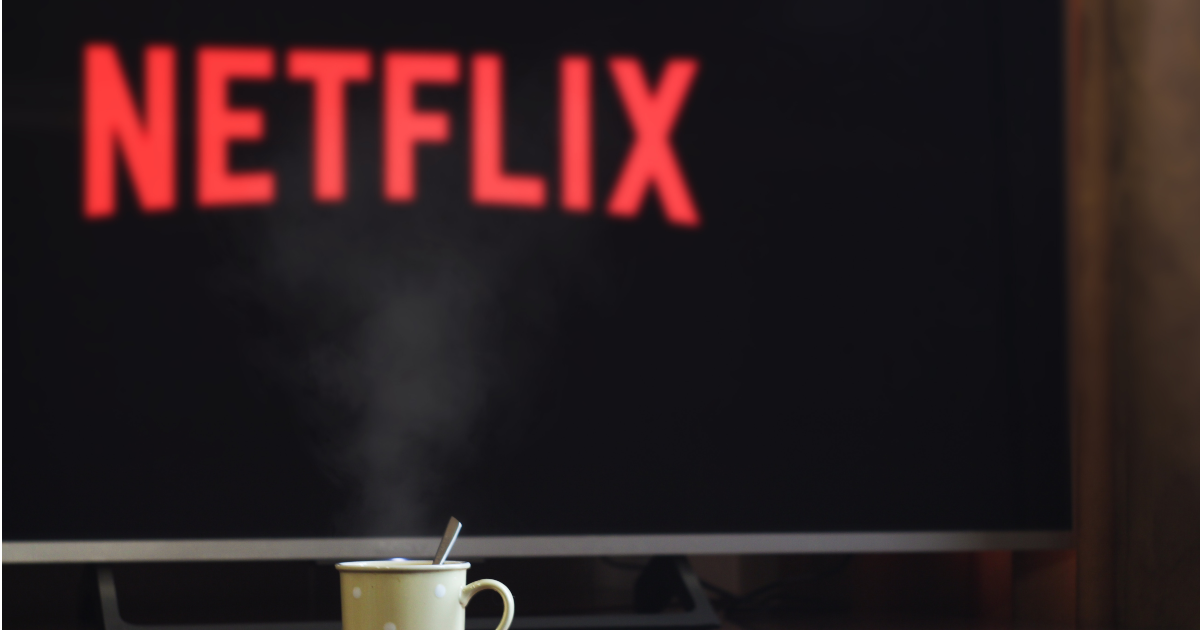 Image description: Netflix logo on a TV with a mug in the foreground

Six hours, to any Oxford student, sounds like a massive amount of time. In six hours you can do a decent amount of pre-reading, draft an essay or complete a couple of questions on your problem sheets. Six hours of sleep on a night sounds like heaven, and a six hour extension on any deadline would be a blessing. However, if you are anything like me, you probably also spend close to six hours mindlessly scrolling through social media, watching YouTube videos and generally avoiding any and all responsibilities and deadlines marked in your diary. Nearly two weeks ago now, in the midst of two impending essay deadlines, an entire weekend away from work and while attempting to maintain a semblance of a social life, a break felt well deserved. Despite having no real time to take one, I decided against my usual scrolling, and finally watched something from my Netflix list. I thought I might watch a film or another couple of episodes of a brainless comedy – instead, however, I decided to start a series that required slightly more concentration and attention than comedy, but had episodes shorter than a film. ‘Young Royals’, a show that had been on my watchlist since it was released in July this year, stood out as a good option. Only six episodes, each around 45 minutes to an hour, six hours total. Okay, I thought, I’ll give this one a try.

Only six episodes, each around 45 minutes to an hour, six hours total. Okay, I thought, I’ll give this one a try.

‘Young Royal’s is a Swedish, LGBTQ+ drama on Netflix. The show is centred around Prince Wilhelm of Sweden, played by Edvin Ryding, who is sent to Hillerska, an elite boarding school in the middle of nowhere, following the publication of a video showing him in an altercation at a party. As the situation is revealed to the audience it becomes clear that Wilhelm has little control in his life, he is angry that he is being sent away and punished for a video recorded and posted without context or consent. The fight, it is apparent, was not his fault, yet he is being sent away. His older brother, the crown prince, Erik, played by Ivar Forsling, tries to reassure him that Hillerska is a good school, he had himself attended and had enjoyed his time there. However, despite their close brotherly relationship, it is clear from the offset that the two are polar opposites.

Where Erik has been groomed for the throne from a young age, and is extroverted, confident and able to get along with anybody, Wilhelm is insecure, used to being the background, and finds it difficult to socialise. Wilhelm is shown to have symptoms of anxiety, through nervous, repetitive movements, in particular massaging his chest over his heart, and avoiding direct eye contact.  He is incredibly aware of the eyes of the world and the expectations he is held to, from reading the palaces’ official statement at the beginning of the show, to refraining from commenting on political discourse in classes. It is also clear that Wilhelm dislikes the attention being a prince brings, throughout the show he encourages people to treat him as they would any other person, and to express their opinions around him without fear. This is part of what attracts him to his love interest, Simon.

Simon Eriksson is the other central character of ‘Young Royals’, played by Omar Rudberg. A non-residential student at Hillerska, he lives in nearby Bjärstad, and lives an entirely different life to Wilhelm. He has strong political views and is openly against the monarchy, speaking out in class, even in Wilhelm’s presence. Even before this, he made an impression on the young prince, singing in the school choir, with passion and clarity despite heckling from fellow students. His sister, Sara, played by Frida Argento, is also a student at Hillerska. She has autism and ADHD, and works in the stables, looking after a student’s horse, Felice Ehrencron played by Nikita Uggla, in exchange for riding privileges. Unlike Simon she struggles with the class divide, and attempts to act like the richer, more arrogant, students at Hillerska. Despite this, Simon and Sara are close, sticking together in the hostile environment created by resident students. Like Wilhelm, Simon was immediately intrigued by the other. Though the prince represents an institution Simon stands against, there is immediate attraction between the two.

The writing, acting and filming within this show are all incredible, we are drawn into the characters’ world, their emotions and their experiences.

Therefore, when August (Wilhelm’s cousin, played by Malte Gårdinger), approaches Simon with a deal that could bring the two closer, Simon agrees despite potential consequences. The deal is simple: Simon will sneak in alcohol for Wilhelm’s initiation party, and Simon and his sister will be invited despite their non-residential status. This leads Simon to reach out to his father, a figure who, for good reason, is no longer part of his life, in order to obtain the alcohol and fulfil the deal. He does this without informing Sara, not explaining to her the reason for their invitation to the party, however, she attends with little protest, happy to be included in an event typically reserved for the residential students. This party is the beginning of their separate journeys, as Simon becomes closer to Wilhelm, Sara becomes closer with her ideal life through Felice.

I will avoid giving any more potential spoilers to you all, to find out more you will have to watch the series! The show is full of ups and downs, each character is complex and their relationships even more so. ‘Young Royals’ is so much more than a teenage romance, it explores deep issues such as mental health, societal pressure and politics. There are wholesome moments, and heartbreaking ones, times when everything is going right and when everything falls apart. ‘Young Royals’ is only six hours, when you are watching it feels like no time at all, and yet, as an audience we witness months of development, progression and regression, leaving us desperate for more of their stories.

The writing, acting and filming within this show are all incredible, we are drawn into the characters’ world, their emotions and their experiences. Therefore, I will recommend to anyone that you use your six hours of downtime to watch this show. Whether you watch it one episode at a time, spaced out over a week, or binge watch it as I ended up doing, the beauty and complexity of this show deserves your time and attention.