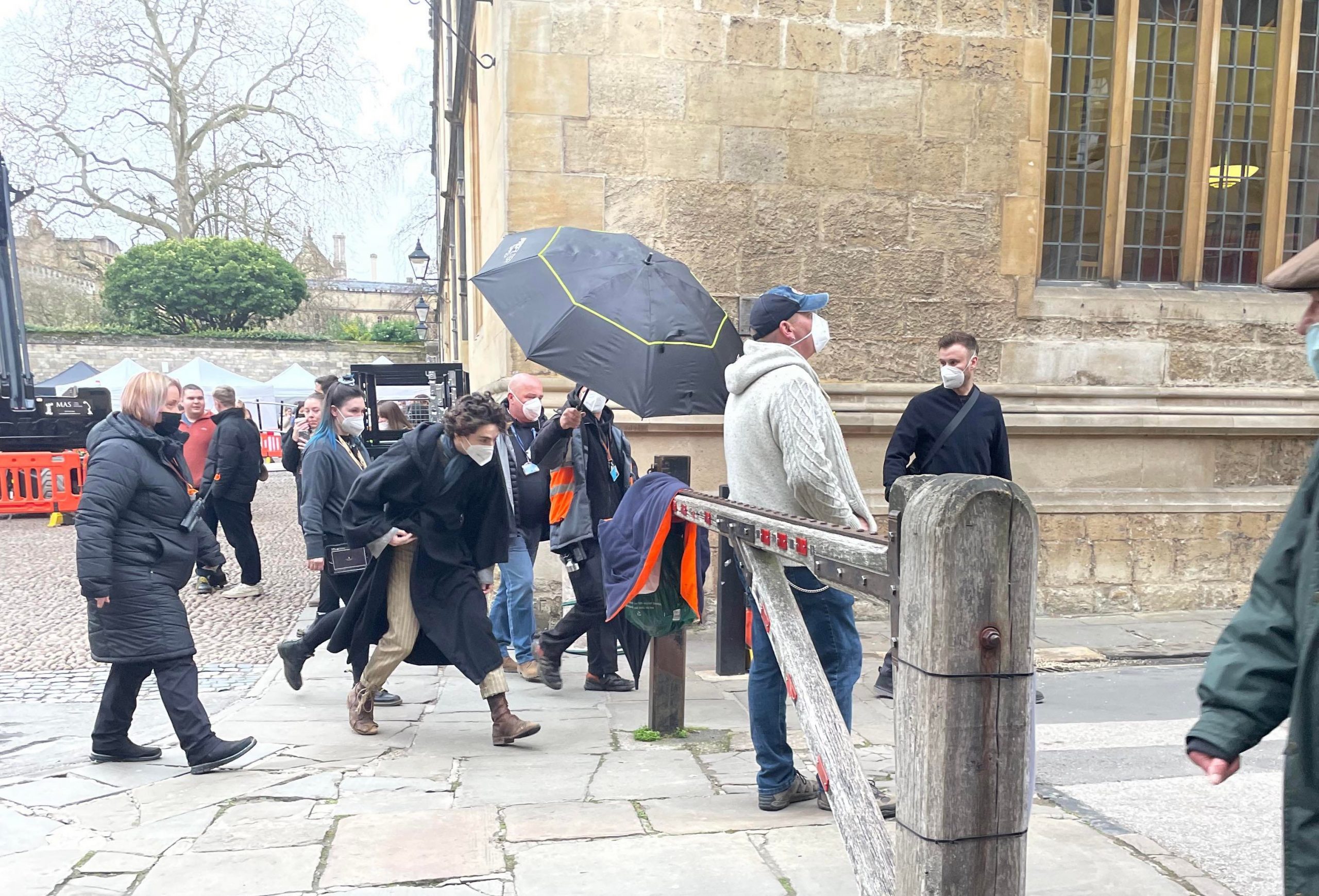 Central Oxford saw work begin for filming on ‘Wonka’, Warner Bros Studios’ newest film, based on Roald Dahl’s fictional character Willy Wonka. Since the weekend technicians have been working on the Radcliffe Camera, with a large crane seen over the building on Sunday, and scaffolding pictured on the top balcony on Monday 13th December. Timothee Chalamet himself was seen on Catte Street Thursday 16th.

Boxes marked with the Warner Bros logo were seen around the square, as well as signs closing off Catte Street. The production had the street closed off for filming on both Sunday and Monday, with further filming expected in the same area on Tuesday 21st.

On Thursday 16th Timothee Chalamet himself was seen running along Catte Street while shielded by an umbrella. He appeared to be wearing his filming costume underneath an overcoat.

Wonka, directed by Paul King, whose other notable works including the live-action Paddington, and written by Horrible Histories and Ghosts star Simon Farnaby, is expected to release in early 2023. Starring Timothee Chalamet in the title role, as well as Rowan Atkinson and Olivia Colman, the film aims to explore a young Willy Wonka and his adventures before opening the famous chocolate factory.

One star sadly not appearing in the feature film is Hertford College’s resident cat, Simpkin IV. A recent newsletter to students said that while the feline friend would be “competing for quad space with the cast and crew of the new Wonka film”, it was no certainty that Simpkin IV would get a cameo.

And if you enjoyed this article you can click HERE to join our editorial team for next term – give it a go!