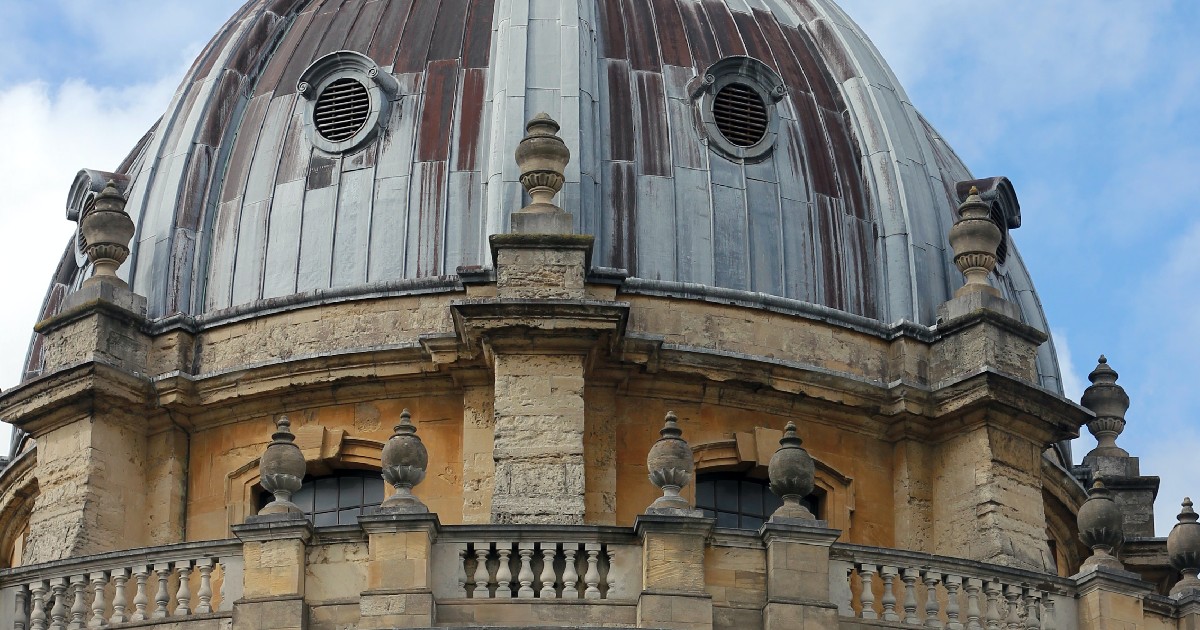 Image description: A close up of the Radcliffe Camera dome

According to Oxford Climate Justice Campaign, Oxford University has received at least £45,000 in funding from the multinational mining company Rio Tinto since 2013.

Rio Tinto is an Anglo-Australian multinational company and the second largest metals and mining corporation producing iron ore, copper, diamonds, gold and uranium. It is also a major coal producer.

The company has recently attracted international attention due to largescale protests against plans to construct a lithium mine in the Jadar valley, western Serbia, which was set to the Europe’s biggest lithium mines. For three weeks, thousands of protesters in Belgrade and elsewhere in Serbia blocked roads and bridges in opposition to Rio Tinto’s plans to launch a £1.4 billion mining operation.

The protests have resulted in a vote to suspend two key laws in Serbia’s parliament that ecologists state would have allowed Rio Tinto to start on their project.

In 2013, the Foundation Rio Tinto gave at least £25,000 to the Oxford Blatnavik School of Government, whose offers includes a course on oil, gas and mining governance. Between 2014 and 2016, Rio Tinto plc made two donations to the Saïd Business School Centre for Business Taxation, whose publications include papers such as ‘International taxation and environmental protection’.

Rio Tinto has faced accusations of corruption, environmental degradation and human rights abuses. The company is currently battling a civil lawsuit by the US Securities and Exchange Commission that accuses the company of fraud in its Mozambique coal business. This follows a £27.4 million find in 2017 from the UK’s financial watchdog for breaching disclosure and transparency rules.

The CEO, Simon Trott conceded earlier this year that the company was “not proud of its history” which included the dumping of hundred of ancient artefacts in their Marandoo mine in Western Australia, as well as the deliberate destruction of an ancient cave which was an archaeological research site evidencing 46,000 years of continual occupation. Further instances include the dumping of 1 billion tonnes of mine waste into the Kawerong-Jaba river delta from their former copper and goldmine in Panguna, Papua New Guinea.

In response to the news of funding from Rio Tinto to Oxford University, Matilda Gettins, member of Oxford Climate Justice campaign said: “It is disgraceful, although totally unsurprising, that the University of Oxford continues to take money from Rio Tinto, one of the dirtiest mining companies around. The university is laundering the reputation of Rio Tinto, funnelling graduates into its careers, and helping the company with research; the losers are frontline communities, primarily across the Global South, who are fighting for their lives against extraction and climate breakdown.”

Benny Wenda, Chair of the United Liberation Movement for West Papua said: “Institutions like the University of Oxford, revered around the globe as a beacon of reason and justice, cannot continue to perpetuate and gain from this pillaging of our land. When genocide is taking place, everyone has a moral responsibility to cease their participation in it.”

When asked for comment, an Oxford University Spokesperson said:

“Throughout its history, Oxford University has benefited from the generosity and foresight of philanthropic donations. The funds we raise help discover cures for debilitating disease, offer solutions to the world’s most pressing problems and assist worthy students, from diverse backgrounds, to obtain an Oxford education.

The University is aware of its position within, and responsibility to, the wider community in which we operate, and has robust and rigorous guidelines regarding the acceptance of donations and research funding.

All significant gifts and donations are reviewed by Oxford University ‘Committee to Review Donations and Research Funding’. This committee includes independent, external representatives and has a rigorous due diligence process for donations and gifts.

We have a very clear position on academic independence from donations. Our donors have no say in setting the research and teaching programmes of the posts or infrastructure they fund, nor do they have any access to the results of research, other than publicly available material.”

“It is very disappointing that the university has taken such a large sum of money from fossil fuel giant Rio Tinto despite climate lobbying efforts from students for years. It’s also highly ironic that a company which recently destroyed a 40,000 year old Indigenous site in Australia, for example, was found to also be partly funding scholarships to the University for Indigenous Australians.

Given Oxford’s commitment to climate efforts and the passing of the University Sustainability Strategy this year, I would really hope that in the future, the University and its constituent colleges better scrutinise their donation funding and delink from companies like Rio Tinto.”

The Chancellor’s office, Ngaire Woods’ office, and the Said Business School have all been approached for comment but have yet to respond.

Following on from a report in February 2020, that concluded that Rio Tinto had one of the least gender diverse boardrooms of the world’s biggest businesses, the Anglo-Australian company appointed Ngaire Woods, a professor at Oxford University as well as two other women to its non-executive board of directors. They included Jennifer Nason, the global chair of JPMorgan Chase; and Hinda Gharbi, the executive vice-president at the oil services firm Schlumberger.

Woods has also written and contributed to academic and business works discussing climate change including ‘Governing Climate Change: Lessons from other Governance Regimes’ (with Arunabha Ghosh) in Cameron Hepburn and Dieter Helm, The Economics and Politics of Climate Change (Oxford University Press, 2010).

These new findings bring the total Oxford received from the fossil fuel industry between 2015-2020 to at least £19 million. Oxford Climate Justice Campaign has said that it will reveal the total given in 2020-2021 in the coming months.