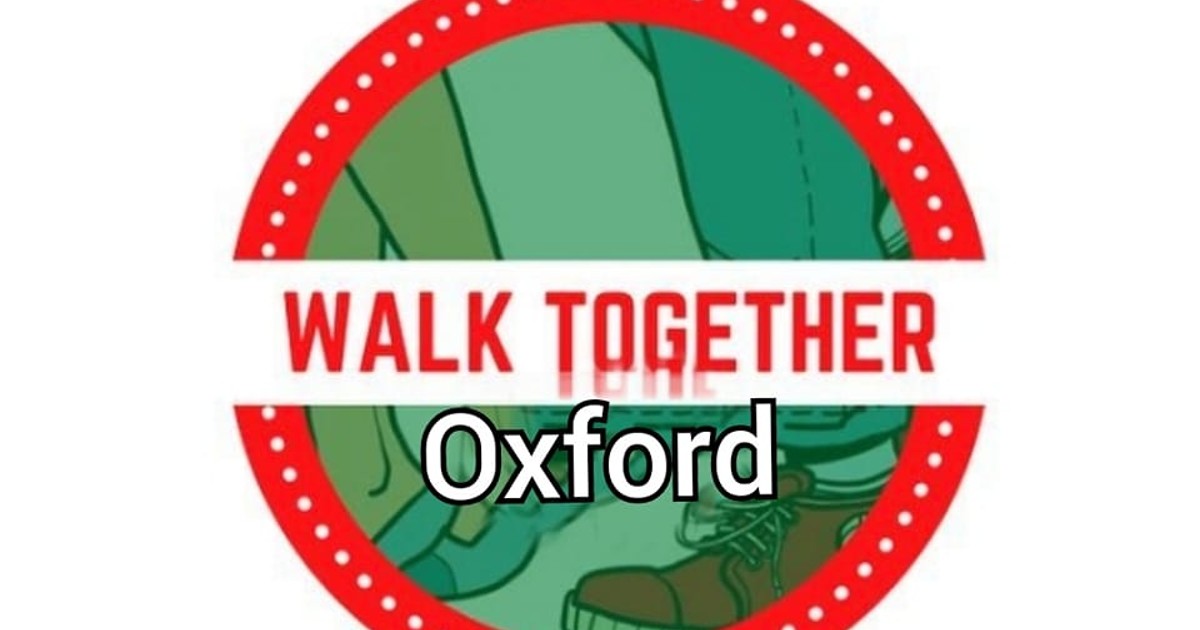 Safety group Walk Together Oxford launched by students on Facebook

Image description: Text ‘Walk Together Oxford’ in a circle outlined in red with a background of shoes.

A safety group has been created by two students on Facebook to provide support and advice for those who feel unsafe when walking at night in and around Oxford city centre.

The page, Walk Together Oxford was set up in early January and advertised on the already existing OxWarnings, a page created in March 2021 to offer a safe space for those who “feel uncomfortable being followed in a street to warn other people.”.

Walk Together Oxford, spearheaded and run by  Katie March and Luca Boot aims to provide real time assistance and a safe forum for people to message and make posts to arrange walking home at night.

An example given was: “Hi guys, I’m leaving Spoons in 30mins is anyone else in the area to walk back to SEH.”
The Facebook group has gathered over 200 members since its creation.
Katie and Luca both stated that the idea was born from a similar imitative at Cardiff University where the hockey and rugby teams had set up an Instagram page where girls who wished to walk home at night on Saturdays could direct message an Instagram page and they would come collect them.
Lucas said that “I thought it sounded like a good idea to transfer to Oxford, I was honestly pretty shocked by how many bad experiences girls I knew had had walking home at night or in clubs or wherever. Every single girl I knew had, at one point or another, been groped or harassed or had a bad experience

Katie stated that she thought it was a good idea because “I’ve had several uncomfortable experiences where I’ve been left alone on a night out and felt like I’ve been followed home [or] have been approached by strangers while walking alone in the evening.”

Their hopes for the Facebook page are that vulnerable people will be able to walk home at night and not be entirely reliant on their friends or volunteers as with the Cardiff university model.
Both Lucas and Katie said that they were surprised by the response: “We didn’t expect such a big response from setting up the Facebook, but generally just want to help make Oxford a safer place for everyone.”
The Facebook page states that “ultimately we want this to be a positive and inclusive thing” and admin March posted that they “have been shocked by just how many people have joined! We didn’t expect it to get so much attention”
The link to the page can be found here