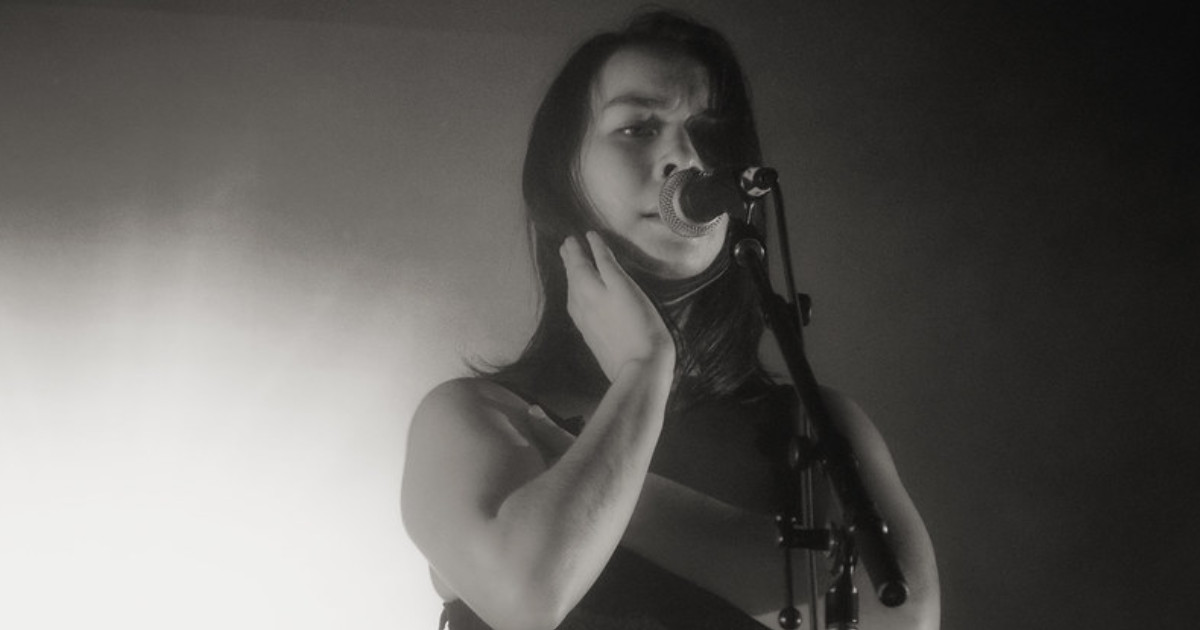 Mitski’s ‘Love Me More’: A review

Image Description: A black and white photograph of Mitski, who recently released ‘Love Me More.’

On January 12, 2022, Mitski released another track for upcoming album Laurel Hell, titled ‘Love Me More.’ The song is the fourth release of the album, which is set to come out on February 4th, 2022. ‘Love Me More’ is an extraordinary work of art concerning feelings of hopelessness and the desire to be someone else.

In ‘Love Me More,’ the reiteration of ‘love me more’ serves to lend the song an air of desperation – love is something claimed of another person which cannot be fulfilled in any other way. Further, the imperative is an imperative because it fulfills certain needs: of drowning it out, of drowning me out. Thus repetition is used in two ways here: to emphasize necessity, and to play on two seemingly opposed, but in fact deeply intertwined consequences.

The repetition of the word ‘’drown’ in ‘drown it out’ and ‘drown me out’ serves to separate these two needs out as separate ideas, but at the same time the very repetition connects them. It is as though they are two sides of the same coin. In fact, there is an intentional conceptual confusion between ‘it’ and ‘me’ – the necessity of being loved comes from the fact that it is the only thing that silences chaos, sometimes from one’s environment, sometimes from one’s own disposition, and, sometimes, from both.

The division between one’s environment and one’s own disposition, particularly in turbulent times, is not always clear. Indeed, in times like these, one has a sense that life just becomes ‘another day to come…/we’ll pretend it ends tomorrow.’ Love, then, serves also to ‘clean me up’ – as a purifying salve to a life of chaotic drudge.

Mitski clearly means to address the listlessness many of us feel in our everyday lives. Particularly in a pandemic, who amidst us has not asked ‘I wonder how they keep it up?’ when watching people go by their routines?

Our increasingly online world has commodified our lives in such a manner that we are incentivized to present picture perfect glimpses of our lives: tidy home-made meals, clean apartments, and rock-solid relationships. But, in fact, the snapshots presented on social media are inaccurate portrayals of other people’s lives and the consumption of these appearances tends to lead to feelings of envy and unhappiness.

Yet knowing this fact: that social media presents a false image of other people’s lives and that the pandemic is having a toll on everyone, doesn’t take away the feeling of helplessness and despair in the face of one’s own state of disrepair. We want someone – or something – else to clean us up. More than that: we want to be effaced by something greater than us.

‘Love Me More’ is in line with Mitski’s love songs, as Nylon.com points out. It speaks about a desire (characterized in this song as an ‘itch’ that shouldn’t be scratched) to lose one’s identity to someone else. Or at least, this is the straight-forward interpretation.

It’s also plausible to see Mitski speaking about her relationship with her own music as being one that is all-consuming. ‘Working for the Knife’, another track released for Laurel Hell, discusses the difficulties of being an artist in a profit-driven world such as ours. The artist, in order to be an artist, is compelled by their own nature to produce art – to do otherwise is to betray the artist’s essential nature. But the act of creation itself cheapens and sullies the artist’s endeavor – art is created for and consumed by an audience that frequently misunderstands, mishandles, and sometimes outright destroys arts in its consumption. Still, the artist must continue ‘working for the knife’ – making art in a way that both creates and destroys the artist in an ouroboros cycle.

Thus ‘Love Me More’ can be seen as written to Mitski’s own creative fountain: tired from the strain of creation, but nevertheless enduring in a difficult relationship. As Mitski herself said about her inner muse in an NPR interview in 2018: ‘I will be whatever it needs me to be. I will do whatever it needs me to do in order for me to continue to be able to make music.’

As usual, Mitski has packed a phenomenal amount of meaning into a short track. The lyrics – a visitation on struggles with love – or a recurring theme in Mitski’s discography, with each of her previous albums having a similar track covering Mitski’s ongoing evolution regarding the topic. As a lyrical poem, ‘Love Me More’ is excellent.

Music-wise, Mitski has also continued on a theme of 80’s inspiration throughout Laurel Hell – ‘Love Me More’ is no exception. Mitski manages to bring back this era of music in a way that does not feel tired. Instead, ‘Love Me More’ is the type of song that invites you to dance and scream to the lyrics in a late night pajama party with your best friends. I look forward to the rest of Mitski’s work, as usual.