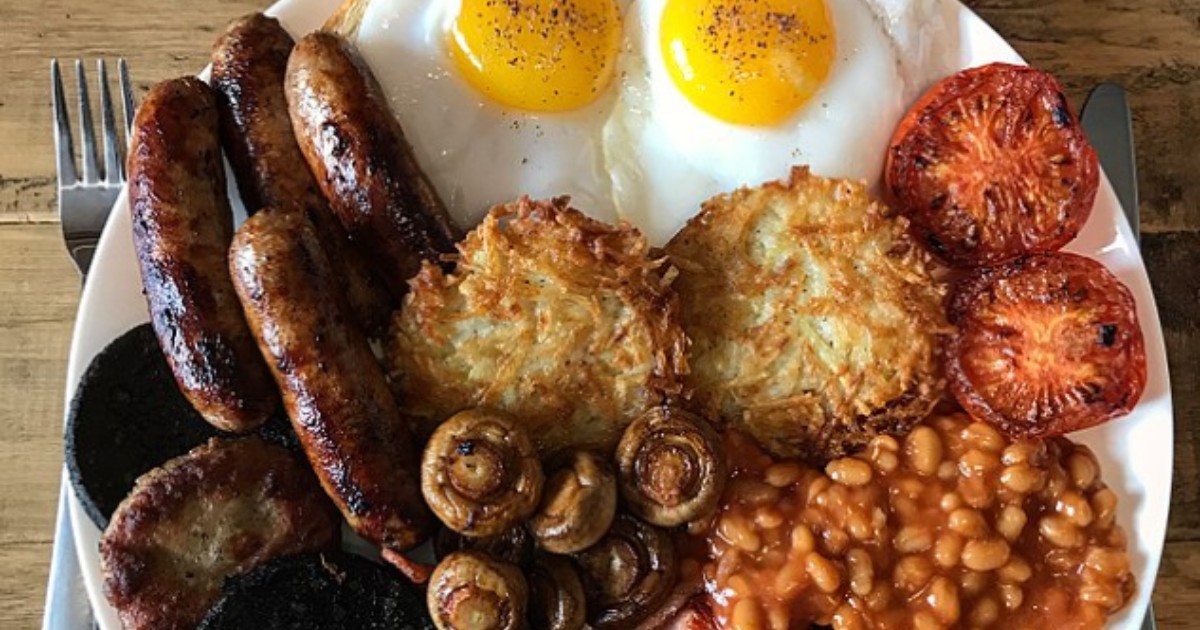 Perhaps the most quintessentially English thing an American could possibly experience during their time abroad in Great Britain has got to be characterized by one’s first encounter with the world-renowned classic British breakfast.

Though the image of the “traditional” full English breakfast comprised of bacon, some form of sausage, baked beans, eggs, grilled tomatoes, mushrooms, and buttered toast is absolutely regarded as a staple morning treat for the British, it remains pretty *ahem* confusing to international travelers from the U.S.

As far as certified foodies are concerned, my opinion on the subject is a mere speck in the horizon of international eats; and though it is true that as a presumably biased American I am by no means qualified to settle these morning cuisine disputes, I have to say my own first embrace with the good ol’ English baked beans in tomato sauce wasn’t as distasteful as I had previously predicted it would be (though it certainly wasn’t magical).

Was it a little strange? Maybe. Is it a taste that I have since then acquired? Absolutely. And what about with regards to the previously intimidating grilled whole vine tomatoes and mushrooms you ask? Love it.

Contrary to the rather savory spread presented by the English, the classic All-American breakfast platter of bacon, sausage, eggs, hash browns, and pancakes or waffles —often topped with a mountain of freshly whipped cream that is further lightly garnished with the seasons most readily available fresh fruit varieties (to provide an illusion of nutritional balance, of course) and served with an astronomically large jug of sickeningly sweet and sticky maple syrup— can seem not only much more appetizingly intuitive to the American traveler, but also illustrative of what is considered to be an accurate depiction of the most basic components throughout most world-wide morning cuisines.

As someone who is used to starting off the day with alarming mouthfuls of high-fructose corn syrup and washing it down with caramel frappuccinos from Starbucks – the simple combination of beans and grilled tomato resemble a perhaps much needed, nutritious reality check.

While the debate to decide which spread is more palatable remains as hot as it is contentious, objectively, both sides spearheading the “All-American versus English” war on breakfast contain rather minimal differences. It’s just that said differences are made to appear almost too shockingly strange when they are compared side by side, with the English preferring to include veggies and legumes while the Americans prefer, well, fruit and sugar.

As someone who is used to starting off the day with inhaling substantially alarming mouthfuls of high-fructose corn syrup and washing it down with even more of its confectionery materializations, preferably in the form of venti caramel frappuccinos from America’s most notable franchise Starbucks, the simple combination of beans and grilled tomato resembles a perhaps much needed, and with time eventually delicious, nutritious reality check.

That isn’t to say that I don’t miss the nostalgic sugar-high that pancakes and syrup can provide first thing in the morning, I don’t think there is anything more gloriously American than a tower of buttered pancakes drenched in maple syrup.

In this respect, I ask that the visceral reaction which commonly ensues after an American, like myself, realizes their expectedly enormous stack of sickeningly-sweet and oh-so-good buttery pancakes has been replaced with an agreeably ugly and unrelated counterpart, beans, during breakfast be generously forgiven.

But if we are just going off of pure serotonin, I am sorry to pronounce that the All-American breakfast spread has got the English beat.