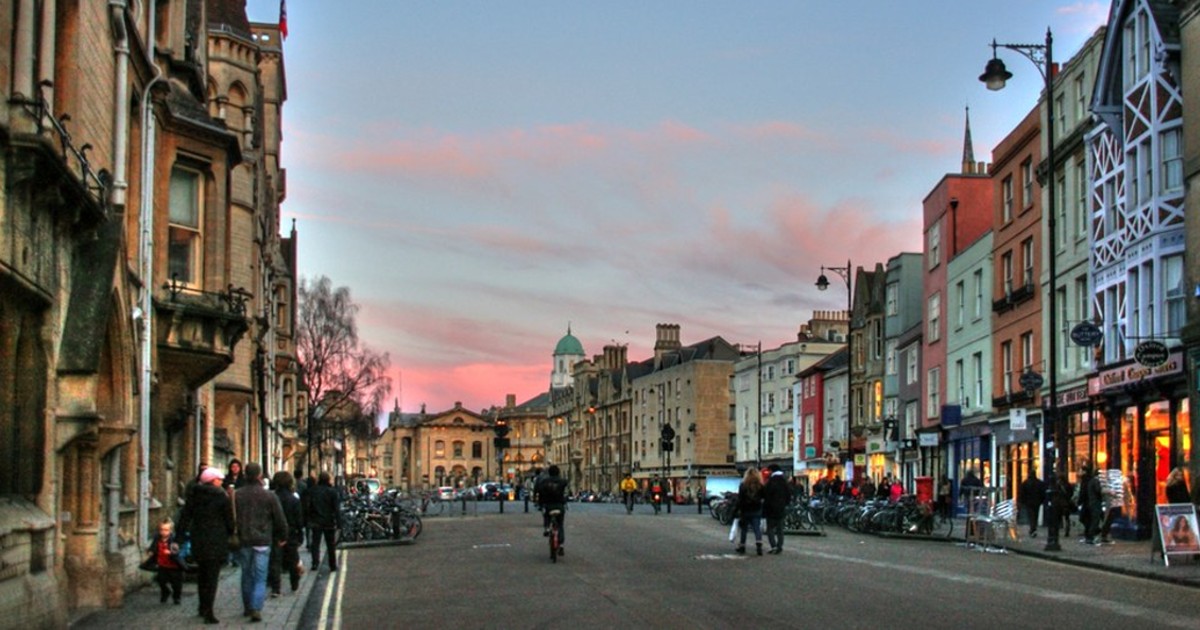 Should TikTok be romanticising the Oxford life?

The Rad Cam – a Virgo or Taurus rising? An important topic of debate, not (yet) in the Oxford Union, but rather as a form of procrastination from my imminently due essay, sparked by a post on a friend’s Instagram. Leo sun and Aquarius moon have already been decided. The winning birth-chart features on Instagram alongside an aesthetic sunrise picture of the building in question. As I return to my essay, I feel a small twinge of guilt for being so easily distracted, but  also a slight sense of existential doubt. Am I just posting pretty pictures to validate my decision to leave my city job and retreat to the comforting corners of libraries and academia as a grad student?

If so, I’m not the only one. A quick search of the hashtag #OxfordUniversity on Tiktok pulls up a whole host of videos entitled ‘A week in the life of an Oxford student’ or similarly named, showcasing a montage of pretty buildings, fancy dinners and students sporting either subfusc or their college puffers. Many of these have received hundreds of thousands of views. There is no doubt about it – the Rad Cam is a beautiful building and Oxford is a beautiful city.

But, while many of us have spent hours enjoying University Park or dancing at Bridge, surely just as many hours, if not more, have been spent fighting a hangover to finalise another weekly tut essay, crying over exam stress and having a 3am library breakdown. The idealised ‘Oxford Life’ that dominates social media is not exactly the full picture. As I scroll through endless reels of the dreamy Oxford aesthetic, I wonder whether we are trying to convince others or ourselves.

The numerous posts on social media rarely show the intensity of studying at Oxford and the toll it can take on mental and physical health. The short eight-week terms mean that the already high workload of a university student becomes even more high-pressure, and the lack of a typical university reading week leaves no room for rest and recovery. The pressure is not only academic. University is often spouted to be ‘one of the best times of your life’, and seeing the romanticised Oxford life of other students often reinforces this idea. But this social pressure to be having a good time can often leave us feeling isolated and demoralised, a feeling which has only worsened over the pandemic. If we are struggling with our mental health, the resources to seek help are limited.

In December 2020, The Oxford Student published the piece ‘We Deserve More For Our Mental Health’. The article detailed the lack of support from the University for students struggling with their mental health as well as revealing the Oxford culture of normalising high levels of stress and ‘5th week blues’. In March 2019, the Cherwell newspaper published an article titled ‘Oxford’s term structure is fuelling a mental health crisis’ and, in January 2018, the article ‘Mental Health At Oxford: It’s Time For Change’ appeared in the Oxford Student. It is true that there are counselling services and welfare teams in place at the colleges, pointing to a more general system of support in place. However, the repeated appearance of such articles exposes a common concern among students that there is neither enough support nor concern for student wellbeing at the university.

Considering the precedent of welfare violations at Oxford, this is no surprise. There have been several instances of breached confidentiality by both medical professionals and college welfare teams leading to forced rustications, as reported in August 2020 by the Oxford Blue. In October 2021, Al Jazeera broke the story of Balliol College’s mishandling of cases of sexual assault, notably by the former Head of Welfare. Oxford might be all blue skies on Instagram but the intense academic pressure and limited welfare system means that often students are faced with strains on their mental health. Sometimes, social media can mask these failings of the university or the difficulties of student life in Oxford.

As I scroll through Tiktok, thanks to the tracking algorithm my ‘For You’ page is now filled with Oxford videos, meaning even in my procrastination breaks I cannot escape the university. However, one video catches my eye. It’s an ‘Expectation vs. Reality’ for Oxford students and the montage of dreamy Oxford pictures gives way to a humorous medley of clearly hungover selfies, dark eye-bags, and library all-nighters. There is comfort in the self-deprecating humour which shows the two sides of Oxford. I stumble across several other similar videos, which have just as many views as the aestheticized videos. Of course, the mental health provisions at the university (and in the UK more generally) require huge improvement. There is some reassurance in the idea that prospective students might see a fuller picture of Oxford life and that current students who are struggling will know they are not alone. Amid all the stress and hard times, sometimes a glimmer of beauty can bring a moment of happiness that we want to share with friends, and that’s okay. But, for those Oxford influencers and occasional posters alike, consider using a disclaimer next time you post. It is important to acknowledge the realities of what the ‘Oxford Life’ actually entails.