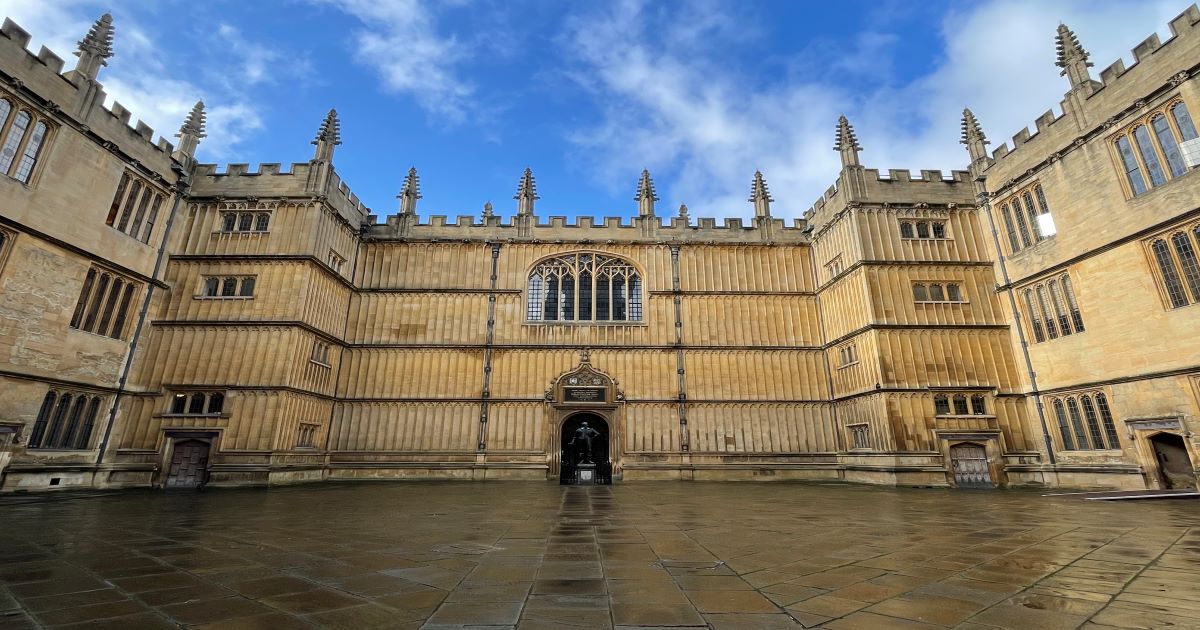 The Duchess of Cornwall, Camilla, visited the University yesterday, accompanied by author Sir Philip Pullman, who wrote the fantasy trilogy His Dark Materials and is himself an alumnus of Exeter College.

During her visit, the royal viewed the Bodleian library’s new exhibition Melancholy: A New Anatomy’, celebrating the 400th anniversary of the publication of Robert Burton’s The Anatomy of Melancholy. Pullman praised the book as “very funny” and “very wise”, commending its influence on creative writers for centuries and that “the form [Burton] wrote it in is innovative and exciting” despite the book’s subject matter about depression and melancholy.

When lead curator of the exhibition Professor John Geddes told her “What [Burton) said about mental health was get outside, exercise, and reading”, she replied, “It’s [always] going back to nature – exercise and fresh air.”

The Duchess toured the Weston Library and met with library staff, conservators, students and organisers of the Oxford Literary Festival. Following her meeting with the royal, Vice President Graduate Devika said, “It was nice meeting the Duchess”. adding “My favourite part was being able to introduce her to a diverse group of students and the wonderful research they are doing.”

Camilla also visited the Bodlein library’s Conservation Studio, viewed the Sheldon Tapestry Map of Oxfordshire that was on display for the first time in a century, and was shown the Bodley Bestiary, a 13th century illuminated manuscript of the animal kingdom known at the time. The latter was described by Dr Martin Kauffmann, head of early and rare collections at the Bodleian libraries, as “a mixture of David Attenborough, the wonders of the natural world and also a book about Christian creation.”

Speaking on the royal’s visit, Pullman added that “It’s a great thing that a member of the royal family should show such an active interest in what has always been [the UK’s] greatest strength, which is its writers, its authors, its poets and playwrights and novelists.”. He praised her work championing literature, including her Instagram-based book club the Reading Room and her patronages related to literature.

“It’s nice to have the recognition – this is an area of life which is important, it signifies something” said the famed fantasy writer.

Later, the Duchess opened the Marcela Botnar Wing, the University’s newest Botnar Institute for Musculoskeletal Sciences facility. She also planted a Sorbus tree there for the The Queen’s Green Canopy (QGC), an initiative to celebrate the Queen’s Platinum Jubilee this year.