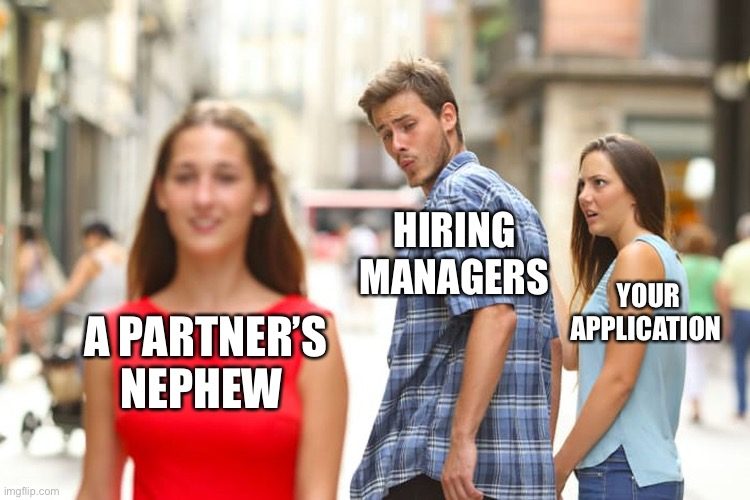 What to Do With All Your Corporate Rejection Emails

We’ve all been there. The ‘Thank you for attending our selection day’ email has landed in your inbox, and those six words in the opening paragraph tell you all you need to know. It’s over: no more manually putting your A-Levels into a text box about twelve hundred times, goodbye video interviews, so long, farewell to the awkward ‘Zoom’ calls (obviously hosted on some other software, that you had to download specifically) with other people who would also quite like to sell their souls for a company car. The dream of being an investment something-or-other, a management consultant – ah, to be a 21 year old with no real world experience, telling other people how to do their jobs – or to have any money at all and a chance of maybe buying a house one day, has been pissed into the wind, and all because you failed to “actively listen enough”.

Well, that aside, here’s a handy guide of what to do with your corporate rejection emails.

1. Decide to do something worthwhile with your life.

You didn’t really want the job anyway, did you? You could be Prime Minister or a charity legend instead of a corporate nobody in a badly fitting suit. Chase those dreams: if they don’t work out, just marry a tech bro or something.

2. Scream into the void or cry in the library.

Doesn’t really matter which of these you choose, but it is best to get this part over nice and quickly. A brief but loud moment of utter abandon – just enough to let you forget all the nice daydreams you had been having about money, and being able to afford to eat more than Pot Noodles.

3. Delete the rejection email, along with helpful feedback (sarcasm implied) from your inbox.

The handily attached feedback is a bit like an OxCort report – best left unread. Often featured are bangers such as “the assessors were left unsure as to why the candidate was dressed like a banana.”

4. Take the time to process, but only in order to laugh at the poorly phrased email.

“We did not observe all of the many qualities that we are looking for.”

“If the candidate had not been dressed as a banana, the assessors might have been better able to understand the more relevant qualities that the candidate may have possessed.”

This only works if you are still dressed like a banana. Continuity is important; for extra points, turn up in a banana suit that appears to be a more ripe version than the one that you wore on Zoom. This shows the assessors that you have really matured as a banan… I mean, as a person and candidate.

The assessors could not deny that they were intrigued by your perseverance, and also confused as to how exactly it was that you always knew what dates the interviews were on (and also the names of their pets and first primary school teachers, and why you had access to their bank accounts). Due to your ingenious banana costume – available via all good retailers – they had not forgotten you, and decided that clients wouldn’t either. They also literally could not stop you turning up, because your tech bro boyfriend (told you he’d be useful) told you when the graduate scheme started.

The perks are great, and the banana costume has revitalized a dying industry. You’re on the way to the Forbes 30 Under 30 list, but you’ve decided to leave, to join your tech bro boyfriend’s start-up, which is something to do with NFTs. Don’t know what an NFT is, but it will almost definitely be absolutely fine. Probably.

Thank you for taking the time to read this article. Unfortunately we are not looking to take on additional readers at this time.