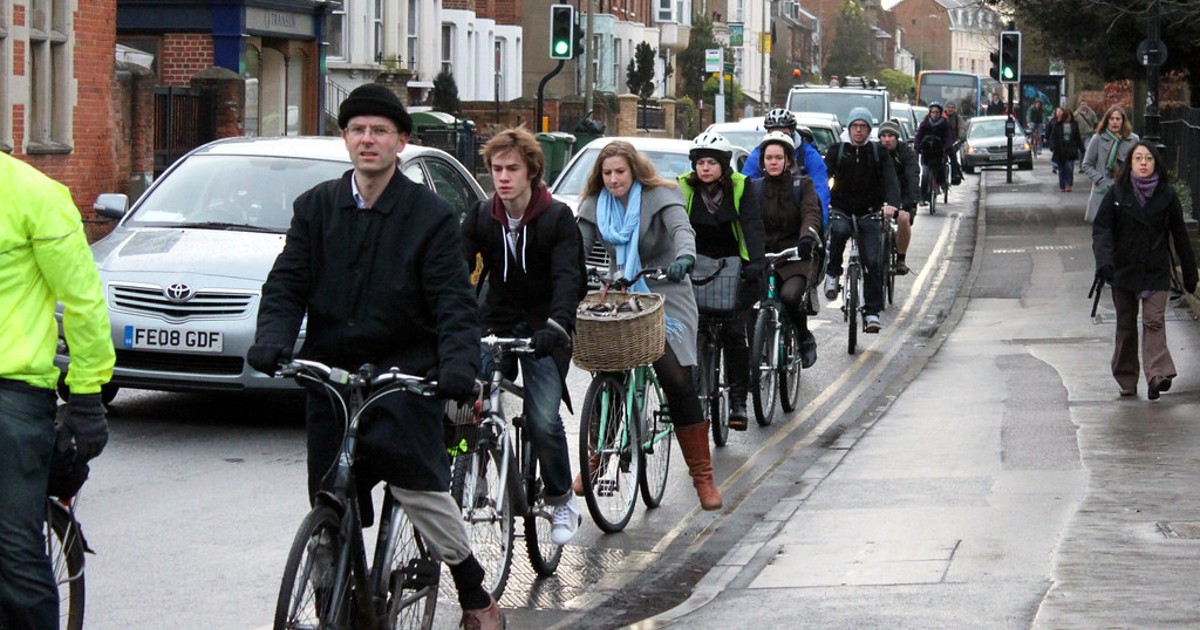 The pilot form of Oxford’s zero emission zone (ZEZ) is set to launch in February this year with the aim to encourage the shift to low and zero emission vehicles and improve local air quality. The clean air zone will initially cover some of the city’s main streets including Cornmarket and St Michael’s with plans to expand later in the year.

Oxford’s centre is no longer the Brideshead bike haven it once was where the streets were only punctuated with the occasional sports car pulling up outside college. It now takes the form of your more typical city centre, frequented by heavy goods vehicles and pissed off commuters. Aside from contributing to the infamous queue that forms at the Magdalen traffic lights, which I can only imagine Dante drew on for his depiction of Hell, the large flow of vehicles through the city is a primary driver of air pollution and the degradation of local air quality.

Oxford’s centre is no longer the Brideshead bike haven it once was where the streets were only punctuated with the occasional sports car pulling up outside college.

Transport emissions are the answer to over half of nitrous oxide emissions and upwards of 10% for the release of other air pollutants. Long-term exposure to nitrous oxide can increase an individual’s susceptibility to respiratory infections and contribute to the development of asthma. Looking beyond just the local detriments, the presence of nitrous oxide in the atmosphere not only exacerbates the greenhouse effect, but also depletes the ozone layer which is our primary defence against the UVB radiation from the sun.

Through the introduction of a zero emission zone, Oxfordshire City Council aims to reduce the level of these emissions and accelerate the inevitable transition to low and zero emission vehicles. A ZEZ will encourage much of the traffic frequently passing through Oxford’s streets to switch to zero emission through its day rate charges of up to £20 for non-complying vehicles between the zone’s operating hours of 7:00 a.m. and 7:00 p.m.. These charges will be enforced through plate recognition cameras, the same technology which caused your dad to miss your Year 6 piano recital because he was attending a speed awareness course in Poole.

Luckily for your father, exemptions may be made for parents passing through the city to move students in and out of their accommodation, with the council aiming to deal with these issues on a case-by-case basis.

The money that is made from ZEZ charges will be used to fund the running of the scheme, as well as being reinvested into council initiatives such as Connecting Oxford, which will further improve the quality of local transport. The council has also stated that excess funds may be used for the installation of bike racks within and near the ZEZ.

The council has also stated that excess funds may be used for the installation of bike racks within and near the ZEZ.

It is hopeful that Oxford’s ZEZ will achieve the aims it has set out. Low and zero emission zones have been shown to reduce air pollution and traffic elsewhere. Brussels experienced an 11% decline in nitrous oxide and particulate matter in the local air following the establishment of a low emission zone in the city. Moreover, this form of initiative has also been effective at encouraging the shift towards low and zero emission vehicles in other regions: a 2008 clean air scheme launched in London saw an increase in the rate at which high emitting vehicles were replaced relative to other areas.

There is some concern that the establishment of these zero emission zones leads to non-zero emission vehicles avoiding ZEZs and instead just increasing air pollution in the surrounding areas. However, Oxford City Council has stated that as the ZEZ does not contain any through traffic routes, they do not expect any significant levels of displaced traffic.

In the absence of any issues arising with the scheme, there are plans it will be expanded to the greater city centre, encompassing the entire High Street as well as St Giles and St Aldates later this year. The council then hopes for the zone to stretch across the entirety of Oxford by 2035, five years after the U.K. government has committed to ending the sale of new diesel and petrol vehicles.

Image Description: A queue of bicycles and vehicles on Iffley Road.