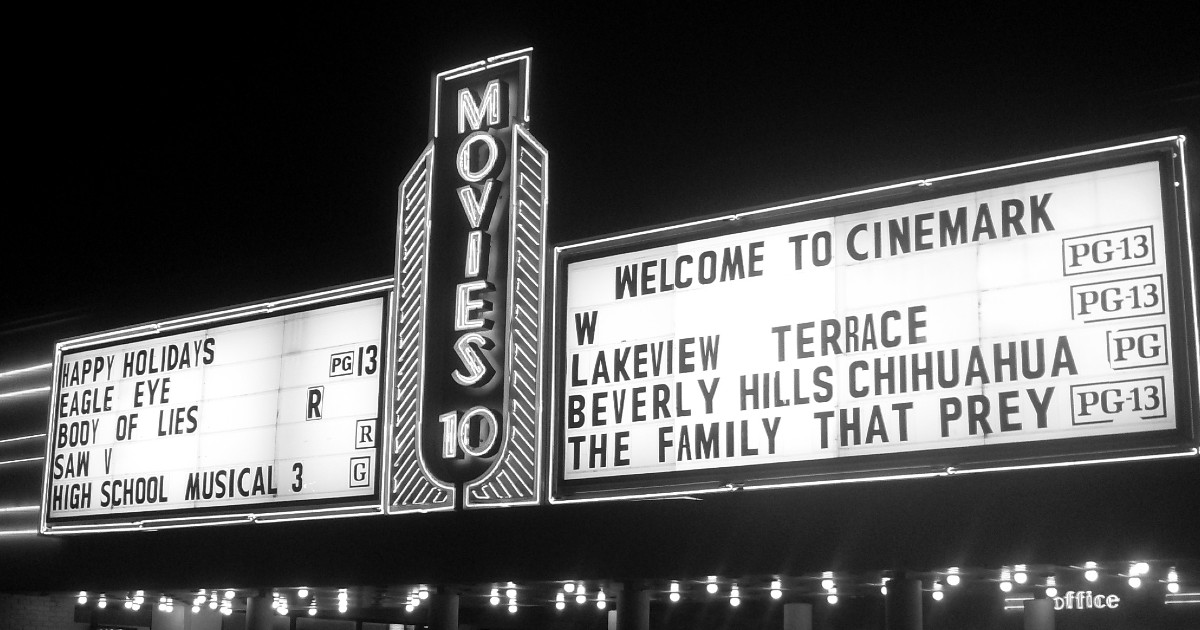 Award season return: a guide to the films that matter

Image Description: An image of a cinema, where one can watch films.

Once again, the film awards season is upon us and with that, an endless array of ‘must-see’ movies, ever-elongating ceremonies and weeping stars telling those at home that ‘they were just a kid with a dream’ (and Beverly Hills showbiz parents).

For the more-than-casual moviegoer, it can be an intimidating time; are you truly a cinephile if you haven’t seen the latest meandering Jane Campion period drama (The Power of the Dog) or Wes Anderson’s most recent exercise in egocentric symmetry (The French Dispatch)?

In order to calm your fears, here’s everything you need to know about this year’s awards contending films as well as a few films that will be upsettingly left behind.

The Big Dogs (or sand-worms?)

The Power of the Dog – dir. Jane Campion
The latest film by veteran director Jane Campion is a haunting psychological examination of a ranch in 1920s Montana and the terse and teasing power dynamic between two brothers; the dirt-caked viper, Phil (Benedict Cumberbatch) and the gentle, oft-cowardly George (Jesse Plemons). It’s an anxiety-inducing tale of repressed desire, masculinity and domination complimented by Ari Wegner’s lingering cinematography and the ominous New Zealand landscape in which it was filmed. It is both a serpentine study of masculine toxicity and a masterclass in evocative, subtle filmmaking from the maestro herself.

Expect The Power of the Dog to charge the acting categories at this year’s Oscars for Cumberbatch, Kirsten Dunst and Kodi Smit-McPhee as well as picking up gongs for Wegner’s cinematography and Campion’s screenplay adaptation of Thomas Savage’s book of the same name. Oh, and it’s a top contender for this year’s Best Picture.

Dune – dir. Denis Villeneuve
Can Denis Villeneuve make a bad sci-fi film? My answer is no. His adaptation of Frank Herbert’s 1965 sci-fi epic (wonderfully nicknamed ‘Game of Thrones in space’) is every bit as bombastic, awe-inspiring and downright bizarre as the novel deserves. The film follows Paul Atreides (Oxford’s new adopted son, Timothée Chalamet), heir to his family’s noble seat, as he travels to the dangerous, but lucrative, planet Arrakis to take over mining of its rare ‘spice’ mineral. Greig Fraser’s cinematography is ferociously grand whilst Hans Zimmer’s score is arguably some of his greatest work. Chalamet puts in a solid performance but it’s his on-screen mother, Rebecca Ferguson, who truly delivers as well as the deliciously grotesque turn put in by Stellan Skarsgard.

Don’t expect Dune to sweep in the glitzy categories, however it should end the season with an impressive haul of technical awards and a few for Zimmer’s vivid score.

Belfast – dir. Kenneth Branagh
Kenneth Branagh’s new semi-autobiographical film releases in UK cinemas soon and it’s already picking up a healthy amount of awards buzz. The film depicts the events of summer 1969 in Belfast during The Troubles through the innocent lens of a 9-year old boy, Buddy (newcomer, Jude Hill). Shot in gorgeous black-and-white by long-time Branagh collaborator Haris Zambarloukos, the movie tugs at the heart-strings (excuse the cliché) and is grounded by tender performances from Jamie Dornan, Judi Dench and Ciaran Hinds. It’s a (wait for it…) must-see of this year’s cinematic calendar.

Although it might feel cynical to say given the emotive subject matter of Belfast, autobiographical, black-and-white film is exactly what the Academy loves to vote for (think Cuaron’s Roma) so expect for it to be a top contender at this year’s Oscars – many are touting it as this year’s very Best Picture.

Spencer – dir. Pablo Larrain
The latest instalment in the ‘Princess Diana cinematic universe’ comes courtesy of Chilean director Pablo Larrain who has previously showed-off his biopic chops in 2016’s scintillating Jackie. Putting aside Kristen Stewart’s less-than-fantastic wig and accent, Larrain succeeds in curating a thoroughly different perspective for the world’s most-loved Princess. Moody, overwhelmed and psychologically fractured, Stewart plays the figurehead in both creepily subtle and horrifyingly melodramatic tones. Aided by Jonny Greenwood’s stirring soundtrack (which evokes memories of Mica Levi’s equally rousing work on ‘Jackie’) and the marvellous Claire Mathon’s smokey work behind the camera, Spencer is a haunting microcosm of a woman and a disturbing flash-point in a troubled life.

Spencer is not touted as one of the big awards contenders (unfortunately). However, Kristen Stewart has been leading the race for Best Actress since the film’s release and it would be a great tragedy if Lady Gaga’s middling House of Gucci performance deprives Stewart of a thoroughly deserved gong.

King Richard – dir. Reinaldo Marcus Green
Two bright young sporting stars. A pushy father having to make difficult choices in the face of his daughters’ supernatural talent. King Richard sounds like the type of film most viewers would avoid on the Oscar bait gravy train and yet, it supersedes expectations to become one of this year’s true cinematic highlights. Reinaldo Marcus Green avoids the conventional tropes of a sporting drama by centring the dramatic prowess of his lead, Richard Williams (played with superb gravitas by Will Smith), and his two breakout stars, Saniyya Sidney and Demi Singleton (playing Venus and Serena, respectively). Although the film never quite delves deeper into the impact of Richard’s tough coaching plans – unsurprising, given the film was made with the family’s permission – Green sparkles in his depiction of the violence of Compton and the racism faced by the sisters within the tennis establishment.

Although the film has lost some of the awards buzz it had generated earlier in the season, Will Smith is still a front-runner for the Best Actor trophy (with stiff competition from Benedict Cumberbatch).

West Side Story – dir. Steven Spielberg
Spielberg is back with his first film since 2018’s Ready Player One and his first ever movie-musical: a faithful – but no less magnificent – adaptation of the classic 1961 film based on the broadway songs of the late Steven Sondheim and Leonard Bernstein. The timeless Romeo and Juliet tale supplanted onto the streets of New York takes on an added impetus given the highly toxic nature of the debates surrounding immigration in the U.S. (which is brilliantly woven into the film by writer Tony Kushner). Yet, despite Spielberg’s irritating ability to shine in all genres, it’s the female performances of the film that lend it the magical quality so present in the 1961 original. Ariana DeBose is a revelation on camera (she’s already shown audiences her stage prowess in Hamilton), Rachel Zegler is everything you want in a Maria whilst Rita Moreno is show-stopping as Tony’s mother-figure Valentina.

West Side Story will pick up a raft of nominations in most of the major categories – look out for Ariana DeBose for Best Supporting Actress as she’s gained quite a bit of traction there as well as in the musical categories.

Dispatches from the Back of the Pack

As always, there’s a large contingent of great films which will be sadly left out of the awards record-books because they’re too long, too short, too animated or too not-in-the-English-language…

Summer of Soul (…or, When the Revolution Could Not Be Televised) directed by the charismatic frontman of The Roots, Questlove, is a brilliant documentary about the 1969 Harlem Cultural Festival – a joyous celebration of Black culture, fashion and music that acts as both a truly fun musical experience as well as a deeply resonant study of the fractious civil rights atmosphere in which the festival took place.

Of all the films, a personal favorite of the year is Japanese director Ryusuke Hamaguchi’s Drive My Car. A subtle, deeply emotive piece of film tackling themes of love, loss, grief and revenge without ever feeling laboured. In international films, Titane, Julia Ducornau’s completely outlandish Palm d’Or – winning body-horror movie must be seen to be believed – despite being left off the shortlist for this year’s Oscars, it’s garnered a tremendous amount of love from critics groups across the world.

Maggie Gyllenhaal’s directorial debut The Lost Daughter just dropped on Netflix and is yet another showcase of Olivia Colman’s never-ending docket of great performances – Jessie Buckley and Dakota Johnson are both equally outstanding in this intimate and deeply stirring drama. Another astonishing debut comes from Rebecca Hall, Passing is the kind of sizzlingly quiet film that can only come from an actor’s mind.

Then, of course, are the films which may well share in the awards bonanza that have been endlessly analysed. Wes Anderson’s The French Dispatch doesn’t quite reach the heights of some of his earlier work, however, still retains his signature beauty and eccentric casting. The Green Knight, directed by David Lowery, is a fun ride through Arthurian England culminating in one of the most perplexingly fantastic closing scenes you’ve ever seen on screen.

That about covers all the films – see you in March, when Jared Leto has an Academy Award for whatever pantomime Italian he’s playing in ‘House of Gucci’ and Hollywood has decided ‘Space Jam: A New Legacy’ is their Best Picture of the year.