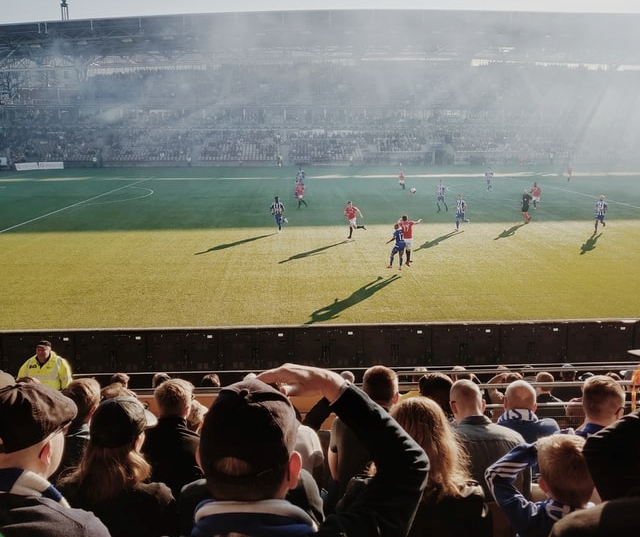 At the almost midpoint of the season, being a fan of Norfolk’s top club has been a rollercoaster of emotions. The hopes for the season were high, coming off a dominant Championship run under Daniel Farke and some decent-looking signings from Stuart Webber, such as Milot Rashica, Billy Gilmour, Christos Tzolis and Pierre Lees-Melou. As is typical, no-one flashy, but hopefully some hidden gems. We were trying to fill the gaping Emi Buendia shaped hole that was left after the 20-21 Championship Player of the Season was flogged to Aston Villa to fill their gaping Jack Grealish shaped hole.

The Premier League hilariously decided to start us off with our least favourite opponent ever: Liverpool. It went downhill from there, with a cool six straight losses, conceding sixteen and scoring two. Somehow Farke remained for five more matches, bringing in the first points of the season in a heroic draw against Burnley and soon after the first win of the season against Brentford in his last game in charge. The reins were handed to Dean(o) Smith and Craig(ey) Shakespeare. It seemed like a new chapter.

The future was looking bright with five points in the next three games, relegation no longer seemed inevitable, people stopped comparing us to 07-08 Derby County. The good spirits didn’t last. We didn’t score a goal for a month and a half and the depression set in.  Two yuletide postponements were probably a blessing in hindsight. Then, at exactly when needed, two victories against Everton and Watford came. After both victories the respective manager was sacked, which just shows how disgraceful losing to us this season is. Patrick Vieira should be worried as we go for the hat trick and the first three game PL winning streak since 2013 next week.

In such a tumultuous season it has been difficult to class any player as a revelation. The exception to this is loanee Mathias Normann, who has proved to be a wizard in the midfield and possible worthy replacement to Buendia if he can stay healthy.

Teemu Pukki is still scoring goals when given the chance to, which isn’t very often.

Other strikers Adam Idah and Josh Sargent, who missed a woeful open goal in a crunch game against Brighton, have been dismal all season, but are now both heroes after crucial goals in January. Idah is now considered the Irish R9, but probably won’t be for long. Milot Rashica has been adequate, which is high praise this season, Billy Gilmour passable, Brandon Williams decent and Tim Krul still class.

Those are the positives. All four centre-backs have been inconsistent and error-prone, although Andrew Omobamidele will be exciting in years to come. We can see why Liverpool got rid of Ozan Kabak though, and Grant Hanley’s performances are baffling in their caprice: one day he is your ideal, albeit Championship, captain and the next as inept as a blind referee. Kieran Dowell and Lukas Rupp have been about as interesting as their names, and Pierre-Lees Melou has been utterly underwhelming. Being a Norwich fan did make me some Greek friends last summer with the signing of Dimitris Giannoulis and Christos Tzolis from PAOK, but they’ve done less for the club than for me. We still tolerate Kenny McLean’s presence because at the victory parade three years ago he stole the Mayor of Norwich’s hat and we found it funny.

With the January transfer window coming to a close, not one significant transfer has been made. To be fair, Delia Smith is a celebrity chef. Spending money is not our strong suit. Dean Smith seems like a capable manager if the squad stays healthy and relegation is no longer inevitable. At a strong 17th and in good form, we could win some very winnable games over the next few weeks. Said 17th is unfortunately illusory though, with our fellow battlers’ games in hand staring at our backs insidiously. My personal and very optimistic prediction is a 16th placed finish in a tight relegation battle followed by the sale of the club to owners with money. Maybe then we can bring in someone people have heard of and be competitive at the top. It would be nice if we got some more managers fired too, that was good chat. Only time will tell.

A yoyo season for the quintessential yoyo club. Still, it’s more interesting than being a Spurs fan.