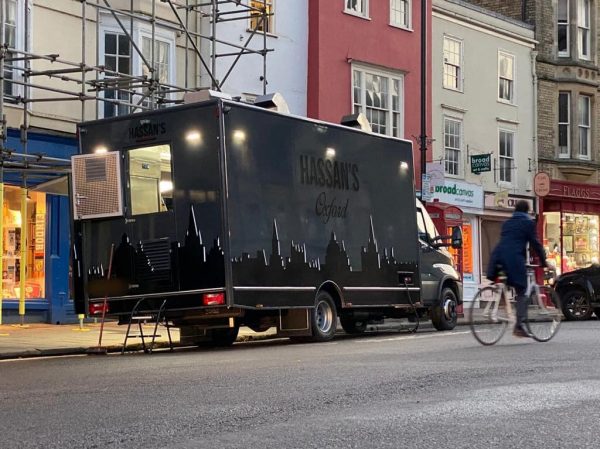 They say that diamonds are a girl’s best friend but I would like to argue otherwise. Has the writer of that statement ever been drunk and ravenous on a Friday evening , or craving cheesy chips at 11pm on a Monday? I can’t say that diamonds would particularly help you in those situations (unless of course Hassan’s took them as payment, which I suppose they most probably would).

In any case, ladies and gentlemen of Oxford, your best friend is waiting for you opposite Balliol college, and its name is Hassan’s.

I have visited many a kebab van in my time at Oxford but nothing hits the spot quite like Hassan’s – not mozzarella sticks from Solomons, not chips from the Columbian food van I can’t remember the name of, certainly not a falafel wrap from McCoys (sorry Pembroke). It is conclusive that the onion rings from Hassan’s cure all number of physical, mental and psychological problems that ail Oxford students, from hunger to hangovers, mental breakdowns and essay crises.

I can’t remember a time when I haven’t felt better after a Hassan’s trip, usually following a few pints with friends at Turf Tavern, from which Hassan’s is just so tempting close (the central location to Hassan’s being just one of the many reasons for its superiority).

I have been away from Oxford for several months now but I just can’t get Hassan’s out of my mind. All of you still fortunate enough to live within walking distance of this magnificent establishment should count yourselves lucky, and of course go and try their mozzarella sticks immediately if you haven’t done so already.

Try as I might, but no amount of greasy chips and kebabs from lesser fast food chains can mend the Hassan’s shaped hole in my heart. 💔💔💔 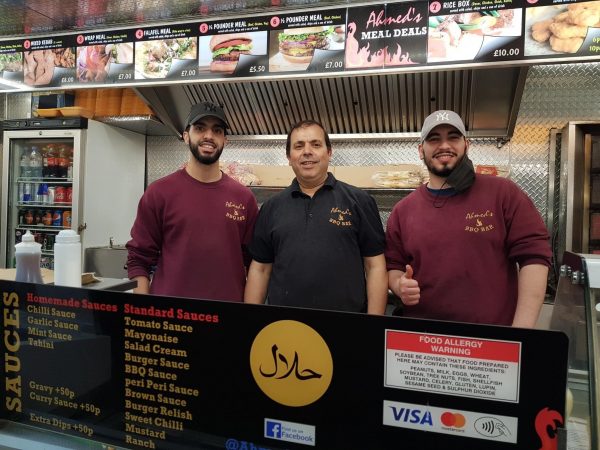 Yet, one of those routines I still consistently find myself going back to are trips to the one and only Ahmed’s Bar B-Q Kebab Van on Oxford’s high street. Whether at 10pm after a dreadful evening in the Gladstone Link, or at 2 in the morning, unable to sleep after experiencing yet another (🙄) existential crisis for the most trivial reasons – Ahmed has seen me at my highest of highs, and lowest of lows!

Yet, he never fails to make me feel at home with his reassuring smile, and even more reassuring (halal) food.

“You here for the usual?” he’d ask, amused, and I’d nod, drenched in pure embarrassment after heading to the van for literally my tenth day in a row, ordering absolutely nothing else but cheesy chips and chicken nuggets.

Then, I’d disappear again for weeks on end to hyperfixate on a different type of food, before coming back to Ahmed’s after a while – and bless him, he still remembers me!

Not only is Ahmed’s the closest in proximity to my college (nobody asked, but it’s Oriel, just fyi, and yes, I am embarrassed to admit) but, it will always remain the ultimate Oxford Kebab Van that is also closest to my heart.

Most importantly, as a constantly hungry History student, it also happens to be the closest kebab van to the Gladstone Link! – ie, everyone’s favourite library (only second best to the Sackler) 💜💜💜

DISCLAIMER: The content in this article does not claim to reflect the views of The Oxford Student as a whole, and we apologise for the lack of representation from other kebab vans. For questions, comments, concerns, or requests to submit a passionate soliloquy in honour of your favourite kebab van/cafe/restaurant – please get in touch with oxstu.food@gmail.com