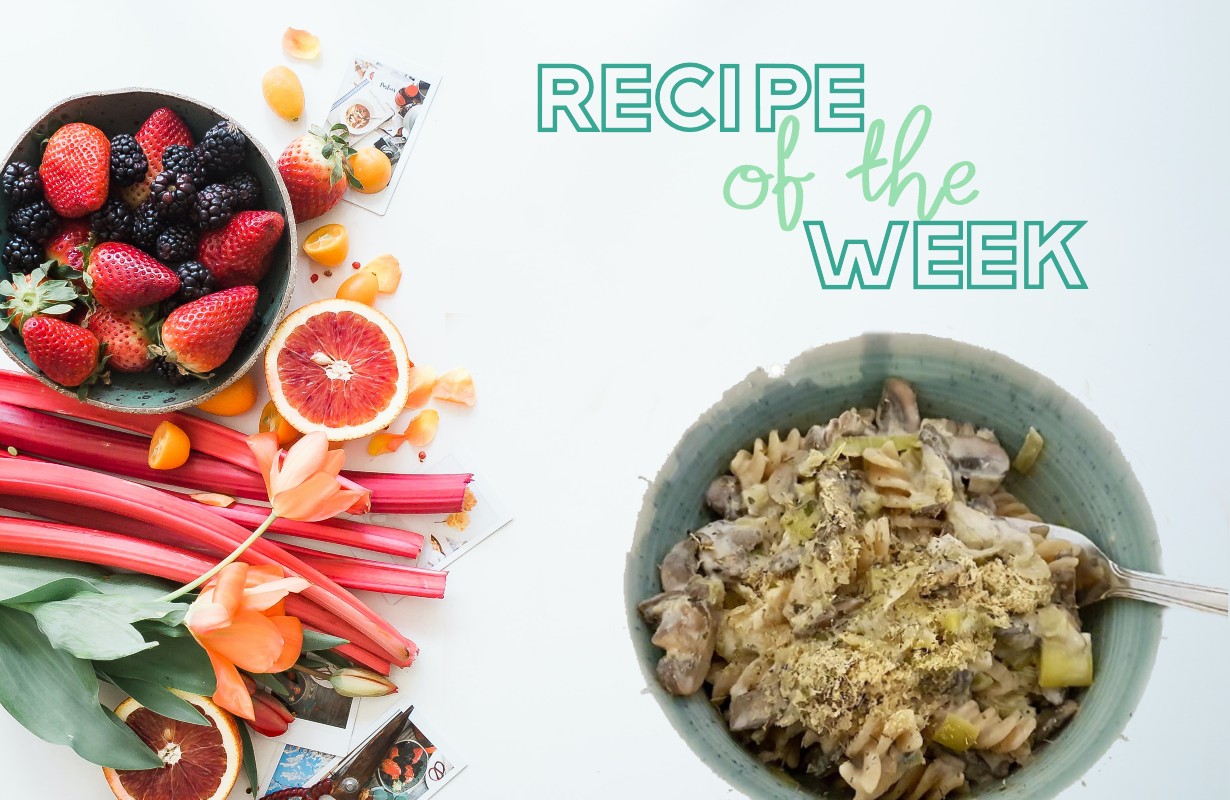 Image description (from the left): Assortment of fruits, followed by ‘RECIPE OF THE WEEK’ written in block letters, and a bowl of vegan mushroom stroganoff.

Creamy, rich, and delicious, my much tested (a.k.a. making it once or twice) and healthier variation on the classic Russian dish will hopefully bring you warmth on these cold February evenings. Either that, or food poisoning, but whatever your outcome, just don’t shoot the messenger. I have included some potential subs and swaps you could use, as (student) kitchens are often chaotic; the worst thing is wanting to treat a recipe as an authentic text and discovering you don’t have any of the ingredients on hand. Furthermore, perhaps due to following my South Asian dad’s method of ‘stuff measurement, throw whatever you have in a pan’, it was painstaking to try pin down the amounts of certain ingredients used. However, I have been vigilant, and have provided my very approximate measures below.