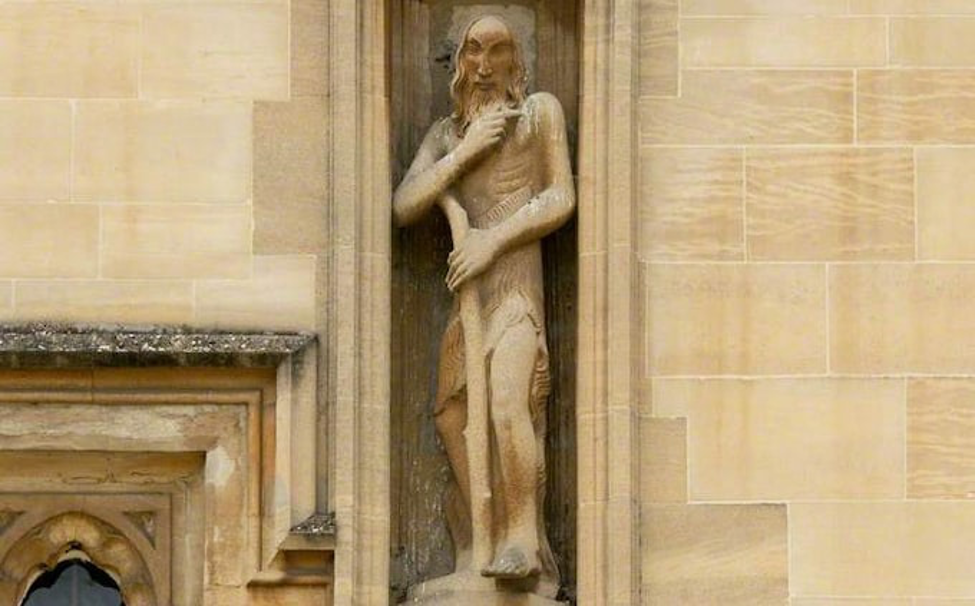 St John’s College is considering removing a statue of John the Baptist made by Eric Gill in the wake of a protest at the BBC’s Broadcasting House headquarters over the artist’s paedophilia. Referred to by the Guardian as ‘one of the great British artists of the 20th century’, Gill is also known for his sexual abuse of his teenage daughters, sister, and family dog following the publication of personal diaries in the 1980s.

The Gill sculpture of John the Baptist hangs over the Front Quad of St John’s. Discussions have now begun within the College over the artist’s controversial legacy to “consider what action, if any, is required”.

These discussions come following a protest in London last month, in which a man attacked another Eric Gill sculpture with a hammer. He also defaced the work with the words “Noose all peados” (sic). The statue, which features Prospero and a nude version of the sprite Ariel from Shakespeare’s play The Tempest, has been installed over the front entrance of the BBC’s Broadcasting House in Westminster since 1933. Another statue by Gill, ‘The Sower’, sits in the Broadcasting House’s main reception.

When approached for comment by The Oxford Student Zoe Hancock, the principal bursar at St John’s College Oxford, told us that “the recent protest at the BBC has led us to consider the Eric Gill statue of St John the Baptist that faces onto Front Quad. It is right that we consider such matters as these and consider what action, if any, is required. These discussions have begun but they are likely to continue for some time so that we can fully engage with our college community”.

The statue of St John the Baptist sits in the niche of the gate tower in the College’s Front Quad. While sculpted by Gill in 1936, it was donated to the College in 1961 by the architect Sir Edward Maufe, who also designed the next-door Dolphin Quad. Maufe further commissioned religious sculptures by Gill for Guildford Cathedral, who are also reviewing his work after the “pain caused” by his “abhorrent” legacy.

Appeals to remove Gill’s work from public buildings have been raging since 1998. Margaret Kennedy, a campaigner for Ministers and Clergy Sexual Abuse Survivors, then challenged Gill’s Stations of the Cross in Westminster Cathedral to be removed, stating that “the very hands that carved the Stations were the hands that abused”.