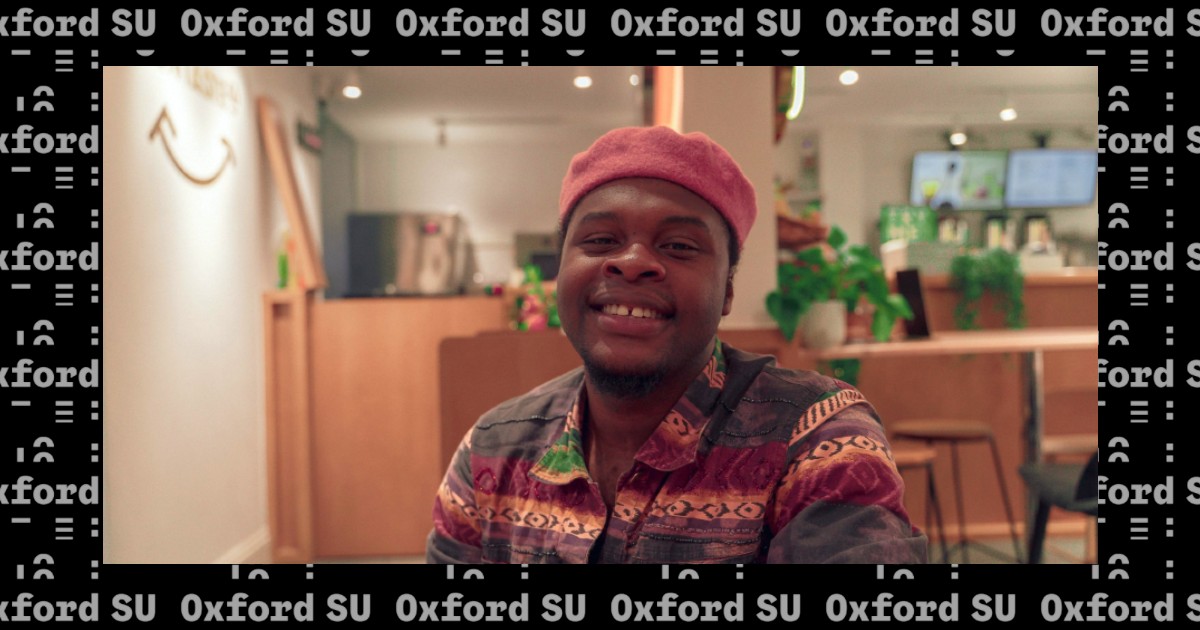 Image description: An image of Michael Akolade-Ayodeji, President-elect according to the SU Election Results, against an overlay of “Oxford SU”.

The Student Union announced results for their 2022 Annual Leadership Elections in a hybrid in-person/online event at 21:00 on Thursday, 10th February. After a week-long campaign period, this year’s SU Election saw nearly 4,000 students cast nearly 30,000 votes in a for 6 Sabbatical Officers, 10 voluntary positions, and four charities in a parallel RAG ballot. Key issues during this year’s campaign included, as always, questions around how to improve the Student Union’s credibility and engagement among broader issues of sustainability, access, and welfare.

Jade Calder, with 1,816 votes, was elected over Domenic Suntrapak for VP Access and Academic Affairs, and Anna-Tina Jashapara (with 1,311 votes) won the race for VP Charities and Community in landslide victories, Grace Olusola defeated Natalie Thomas to be elected as VP Welfare & Equal Opportunities (1,243-789), and Ellie Greaves narrowly won the race for VP Women over Elizabeth Ryalls (580-443). Shreya Dua ran unopposed and is confirmed as the SU’s VP Graduates.

Finally, students in this year’s election also voted on the charities for which Oxford RAG would fundraise in the coming year. The chosen charities are Oxford Pride, Oxford Poverty Action Trust, Amnesty International, and Donate4Refugees.

Complete data on the SU Election Results can be found here.