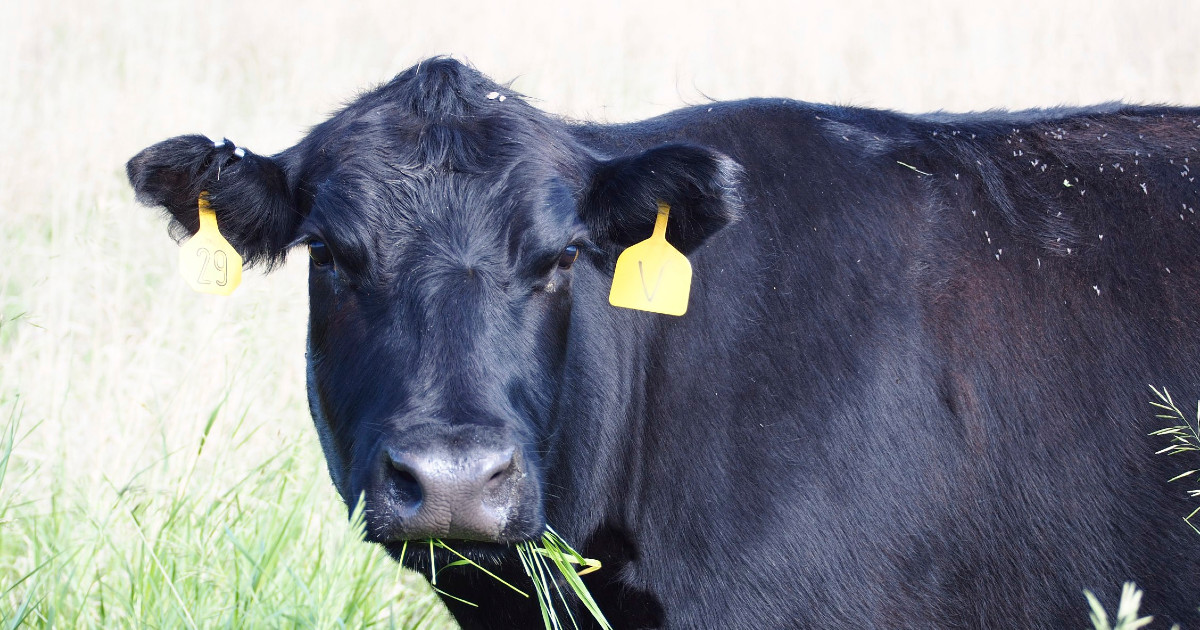 ‘Cow’ Review: An Ode to Consciousness, Empathy, and Story-telling

Image Description: Photograph of a cow.

Director Andrea Arnold is known for casting people with no prior screen experience in her films. Katie Jarvis, who starred in Arnold’s 2009 film Fish Tank, was selected after one of Arnold’s casting assistants saw her arguing with her boyfriend in an Essex train station. Sasha Lane was cast in American Honey after Arnold spotted her on spring break with friends. Similarly, in her new film Cow – Arnold’s first foray into documentaries – our protagonist, some cows, also have no screen experience.

The similarities with the rest of her filmography do not stop there. Arnold is fascinated by loneliness and captivity. Her films often have very loose, minimal plots, and are not dialogue-heavy. Instead, the films make extensive use of visual storytelling. Dread is also a sensation commonly felt when watching an Arnold film. Cow is, in many respects, an ode to the power of visual storytelling. It holds the audience captive with our bovine protagonists to the extent where any external language – heard from farmers nearby – seems almost always redundant.

The documentary gets up close and personal with an adult cow, Luma, and follows her through a few months of her life on a dairy farm as she lives a cycle of impregnation, occasional grass-munching, birth, gut-wrenching separation from her calf, depressive post-separation episodes and impregnation again. We see her mourn and cry for her baby calves; we see her refusing to eat her food and gazing longingly into the distance after separation; we see her lost calf struggling to suckle upon an artificial udder; and we see her own udders bursting with maternal milk that’s instead collected for human consumption.

Abrasive humanity and submissive bovinity clash loudly and consistently throughout the film. Whether it’s through the branding and battering cows receive from the farmers, the violative vet examinations that they are subjected to or the almost offensively saccharine music that the farmers play while they are milked, the audience is trapped in the cow’s perspective. One wishes that one could just bat the humans away whenever they so much as manhandle a cow. Arnold’s camera becomes a manifestation of humanity’s inability to leave these creatures alone. Luma herself bats away Arnold’s camera at times.

A particularly poignant scene very early on depicts Luma’s calf, now separated from her mother, being stroked on the head by one of the farmers. At last, a moment of tenderness from human to cow. However, we then begin to glimpse, from the bottom of the misleadingly sunny and intimate frame, an ominous iron rod held by the farmer’s other hand. Soon it becomes clear that the farmer was not caressing this forlorn calf, but rather feeling for the root of its horn in order to debud her (prevent her from growing horns). We are then forced to witness this painful procedure, performed without anaesthetic, and the intense stress it causes to the calf.

The exploitation of these creatures – and their innocence and powerlessness in the face of such exploitation – is glaringly clear throughout. This renders the frequent comments made by the farmers – such as calling the cows ‘girlies’ or rejoicing at how the cows ‘dance’ around in a hollow attempt at humane sensitivity – completely sickening and tone-deaf. These attempts to ‘cuteify’ these creatures are condemned by Luma’s equally furious and melancholy gaze.

The film doesn’t try to provide these creatures with any false sense of humanity in order to trick us into empathising with them. We are forced to accept and empathise with pure, unapologetic bovinity. Arnold doesn’t exploit the cows’ cuteness to make us realise the atrocity that is the way farms treat animals: the truth speaks for itself. For example, we may think that the newborn stumbling calf at the beginning of the film is our protagonist, as if we were to follow her life in a quasi-coming-of-age manner. However, it is actually the mother cow – placenta, udders and all – whose life we follow in relentless detail.

But do not think that Arnold puts all the blame on the people working on this farm. Not even 5 minutes into the film, the audience is faced with a shot of Luma, in which she stands looking directly into the camera and moos in an accusatory manner. The moment is haunting. Luma, our angry protagonist, is talking to us, willing us to enter her gaze for the next hour and a half.

The film reaches a bit of a lull two thirds of the way through, as Arnold lingers a little too long on the cows’ outdoor activities and provides us with one too many cinematographically-luscious but indulgent shots of the English countryside. The result is that the narrative feels a little lost.

Despite this, Cow mostly achieves the marvellous feat of keeping the spectator utterly transfixed on the painfully mundane daily life of a captive cow. The film’s cyclical structure pays respectful homage to the tortuous cycles of Luna’s life. The rare moments in which these creatures have a taste of freedom, whether it’s in their gleeful frolics out of their barn into to a free-range field or simply them glancing up and seeing sky as opposed to roof, are nothing less than glorious. The film’s structure, coupled with Arnold’s cinematography and daring editorial eye, allow us to see this dip in the film’s pacing as a mere blip in an otherwise gripping narrative.

The film appeals to our capacity to understand beings fundamentally different to ourselves. Youtuber and vegan activist Alex O’Connor (otherwise known as the Cosmic Skeptic) gave a short introduction to the film at the screening I went to. He spoke, among other things, of how animals are fundamentally different to humans because they do not possess the capacity for language. Language, he explained, has always been crucial to social change and the oppressed’s defeat of the oppressor. Animals, therefore, rely solely on their oppressors’ understanding of their situation to fight their cause. And they are completely passive in this fight. But this speechless film demonstrates that language is almost redundant when it comes to animal rights. People need simply to see the atrocities of farming to understand that what we do to animals is utterly inhumane.

More broadly, this film highlights society’s ambivalent relationship with nature. We fly in planes or ride in trains over the fields in which the providers of our milk and meat rest. We internally anthropomorphise creatures in an attempt to connect with them. The film, however, allows us to live, for an hour and 38 minutes, in nature itself. It isn’t necessarily a film with an overtly vegan agenda: it wills us only to look and understand. As Arnold herself said in an interview with TheFilmStage, ‘Our view of nature is a very romantic one—it’s very sort of pastoral. […] So I thought: instead of the romance, what about the reality? Not like some of the real intensive reality, but just a consciousness, to show a consciousness’. It is nature’s pure, spontaneous existence that Arnold wishes to capture, not our human perspective on it. Perhaps this is why, although our charismatic protagonist is granted a name by the farmers that exploit her, the film is not titled ‘Luma’, but rather, respectfully, Cow.