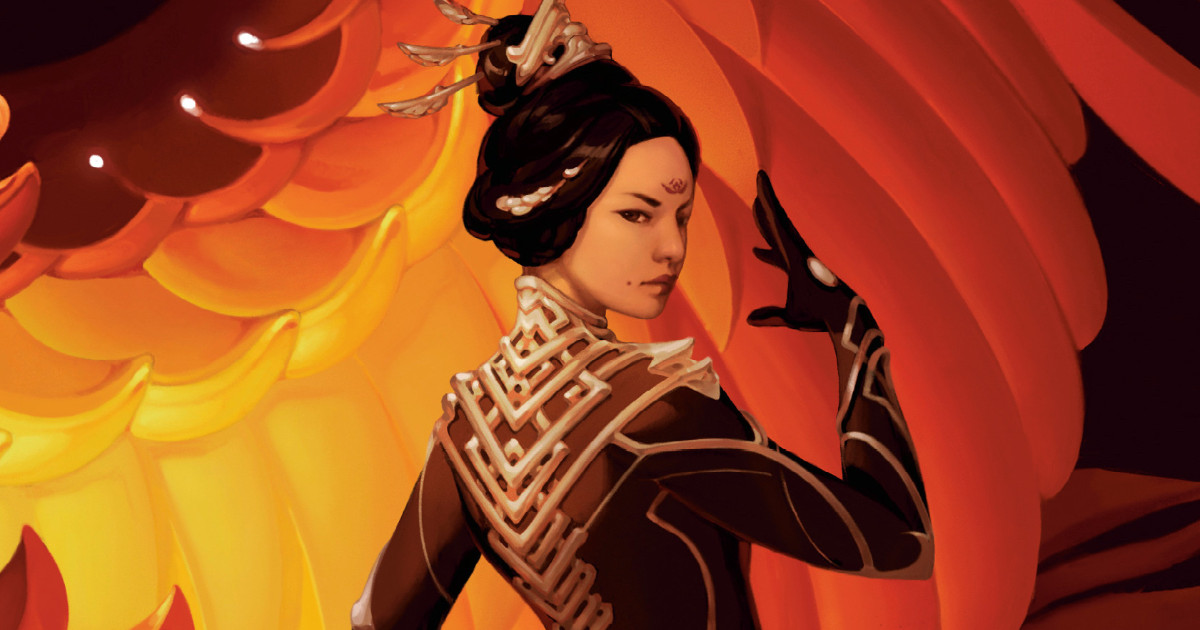 Mechas, aliens, East Asian mythology – all set against the epic backdrop of medieval China. This isn’t the summary of some fever dream, but instead the synopsis of Iron Widow, a historical-sci-fi queer YA debut novel that refuses to be pigeon-holed into categories, much like its protagonist.

Canadian author Xiran Jay Zhao is the #1 New York Times bestselling author of the Iron Widow series and Zachary Ying and the Dragon Emperor. They are a first-generation Hui Chinese immigrant from small-town China to Vancouver, Canada. They are non-binary.

Iron Widow follows a fictionalized Wu Zetian, the only woman to rule China as empress in over 3,000 years of Chinese history. Giant bug-like aliens called Hunduns threaten human survival. The world is, quite simply, a terrible place for women at the moment.

The Chrysalises are based on East Asian mythological creatures such as nine-tailed foxes and phoenixes. The two pilots for each Chrysalis bond their qi through heterosexual sex. The male pilots are seen as celebrities, their life-threatening battles against the Hunduns live-streamed like football matches. Meanwhile, the female pilots must serve as concubines to their male counterparts.

Zetian’s desire to avenge her sister is the catalyst for the novel. The 18-year-old decides to join this system to accomplish her vengeance by becoming a concubine-pilot. She is paired with Yang Guang, the star pilot who Zetian believes murdered her sister. Zetian unintentionally kills him while connected to Yang Guang’s consciousness inside the Chrysalis. Oops. Kind of?

The government then decides to pair her up with a disliked, alcoholic, criminal pilot named Li Shimin who just so happens to be the most powerful in Huaxia. They take advantage of their bad reputation to fight against the Hunduns and the corrupt government. Zetian’s childhood love, Gao Yizhi, makes a reappearance in her life and a certainly unconventional love triangle ensues.

In an e-mail interview with Zhao, they say that they based the world on their personal experiences of misogyny and racism.

“Basically, all my nightmares [were] dialed up to 11,” said Zhao. “The rage helped me push through the writing of the story.”

When asked about how they approached writing the LGBTQ+ themes of the novel, Zhao said the following concerning the depiction of polyamory in Iron Widow.

“I didn’t write Iron Widow expecting it to be something groundbreaking,” said Zhao. “Polyamory is so normalized in fandom circles that it wasn’t until later that I discovered how rare it is in traditionally published young adult books. I was just tired of YA protagonists whose main inner conflict is which male love interest she should choose in the end, so I wanted to write one who defied this expectation and is extremely pragmatic about romance.”

“I hoped to show that you don’t necessarily have to bind yourself with society’s golden standards for romance and relationships,” continued Zhao. “Through clear communication, the Iron Widow trio enter an arrangement that makes them all happy…The story of Iron Widow is all about shattering rigid gender binaries and gender roles.”

Further, Zhao expressed that they wanted to add to the number of sci-fi novels written by authors of colour.

“I always wished more of us would tackle sci-fi as well, especially sci-fi that takes influence from pre-colonial societies, the way the Roman Empire inspires sci-fi all the time,” said Zhao. “I guess Iron Widow is my entry to this!”

Zhao commented that the most rewarding part of writing their debut novel was weaving together precolonial Chinese culture and sci-fi technology.

“I was especially pumped when writing the mecha battles and imagining how the mechas would be designed after Chinese myth creatures,” said Zhao. “The hardest part was how the overarching plot wove together…I knew the events that I wanted to happen, but it took me a few tries to express the logic of how they connected. Brainstorming solutions with my beta readers helped a lot in this regard.”

One of those beta readers was Francesa Tacchi (xe/xem/xir). Tacchi is a neurodiverse, queer Italian author of the upcoming fantasy novella, Let the Mountains Be My Grave (May 2022), which is focused on Italian partisan resistance and Italian mythology. Xe is also a contributing writer for Transmogrify! (June 2023), a YA anthology where trans people claim the central stage in fantasy stories. Commenting on Iron Widow, Tacchi said “I feel like Iron Widow really scratched an itch when it comes to power fantasies for abuse survivors.”

“We have a lot of books, especially YA, where characters (often female) deal with the aftermath of abuse and grow from there,” continued Tacchi. “But it’s always done in a very palatable and non-threatening way. Iron Widow  is unapologetic in its portrayal of a survivor’s rage and it is something that is oh-so-needed.”

Tacchi felt that Zhao portrayed bisexual and polyamorous relationships were portrayed “in a very natural way.”

Iron Widow is the kind of book that makes you want to stay up late to finish it (which is exactly what I ended up doing). It has excellent world-building that shows rather than tells. Zhao’s style of writing is simply electric.

My one, very minor criticism is that some of the writing in the first 20-30ish pages in the book felt a bit awkward. In particular, I felt the dialogue about butterflies and gender was forced. I’m in no way against discussions of gender in books, but I just felt like this one specific dialogue wasn’t done very well.

Otherwise, Zhao discusses gender in an interesting way. I appreciated having a strong-minded and bodied woman as the protagonist and the feminist nature of the plot. It steered from the previous #girlboss way of writing women protagonists in YA novels (especially dystopian ones like Hunger Games or Divergent). Instead, Zhao discussed gender, misogyny, and feminist themes in a nuanced manner, which I really appreciated.

Zhao said that they recommended aspiring writers within the LGBTQ+ community to write about stories they want to see in the world.

“For Iron Widow, I just let loose and threw all the things I liked together,” continued Zhao. “And that ended up being the book that got me a book deal at last. You can’t go wrong, being true to your tastes.”

In short, I feel like Iron Widow is a groundbreaking YA novel. I can definitely see a live-action film adaption being made within the next few years. I would definitely recommend it!