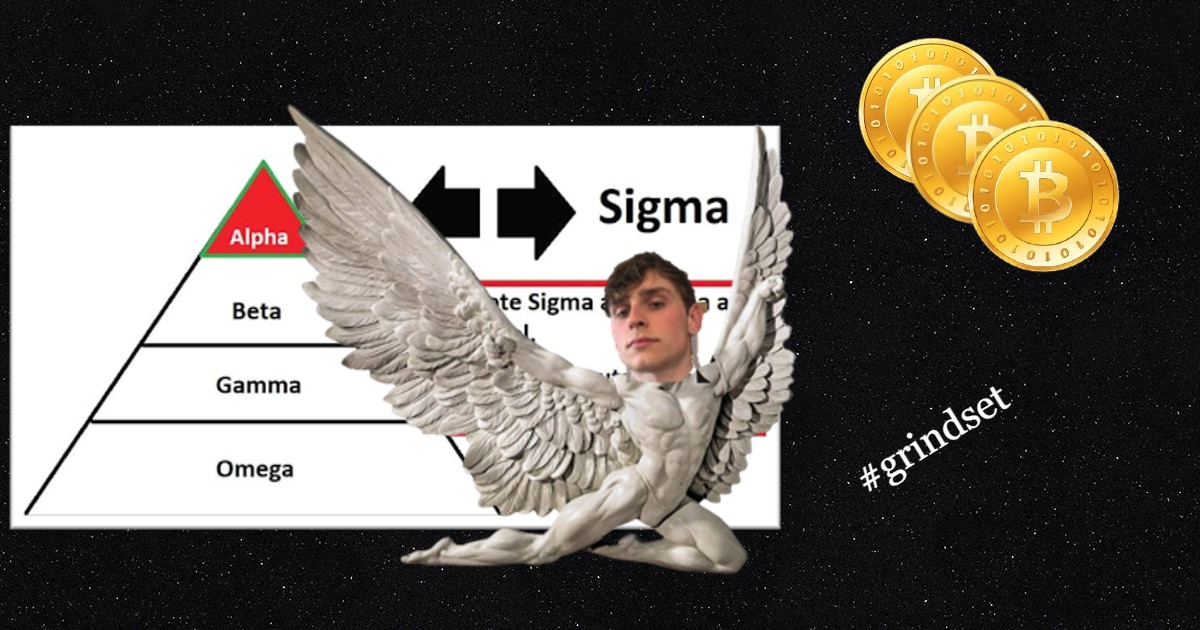 Interview with A Sigma Male

Image description: Honestly, who knows. A black background bearing imagery associated with sigma males is the best I can do for you.

What does it really mean to be a sigma male? I found myself asking this question last week whilst swilling a glass of wine and contemplating the deeper meaning of human existence (that’s how I’m telling you it happened anyway). But once the idea of such an investigation struck, I found that my soul would not rest until I had an answer.

Searching on Urban Dictionary, every journalist’s most trusted source, I found a plethora of differing definitions for the term ‘sigma male’, an edited selection of which I supply below:

Here we can clearly see which definitions have been written by the sigma males themselves, and which by their detractors. However, having read them I was no more illuminated as to what sigma male-ism truly entailed than before. Searching on YouTube, I ended up in a sigma male video spiral that culminated in me watching a meme entitled ‘Marco Pierre White’s Sigma Male Grindset’. I had gone far into the depths – but not far enough.

The term ‘sigma male’ first exploded last summer, with Google searches for the term peaking in July 2021 (naturally this article is being published to capture the zeitgeist, right as the meme is experiencing a plummeting decline). Aside from jokes about bitcoin, incels, and toxic masculinity, I still didn’t really know what being a sigma male was actually supposed to mean. To find out, I was going to have to do more than armchair journalism: I had to speak to a sigma male myself.

Enter stage-right my interviewee of choice: Matthew Cooke, a 4th year at Christ Church who agreed to be questioned for this piece not minutes after trying to explain to me ‘the deep masculine urge to run into a flagpole’. In return for his insight, I promised I would photoshop his head onto a statue of ripped Icarus, the results of which can be seen below (Matt, I hope you’re happy). 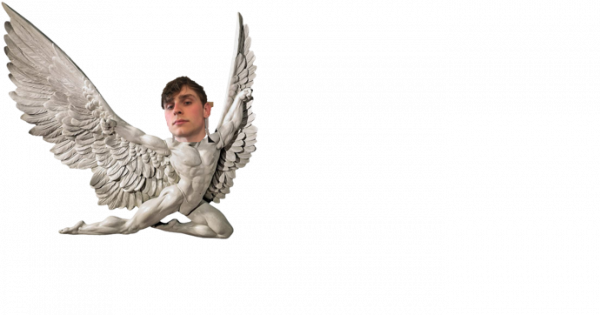 Image description: the interviewee as he wishes to be seen.

I began by asking him a basic question: what does it mean to be a sigma male? The response was typically elusive: “I don’t identify as a sigma male as such, sigma male is a label that has been entrusted to me for my many deeds and labors,” he said. “Just as Hunkcules strangled the fearsome Nemean lion or cleaned that particularly large stable, I too have committed many feats of superhuman ability.”

His opaqueness here is frustrating but entirely expected. Through further research, I have learnt that the self-identifying sigma male shirks authority, resists direct questioning, and is insistent on following his own path beyond the domineering world of the alpha. Rather fairly, the internet has asked whether the ‘sigma male’ label is just an easy way for the incels and loner men of this world to make themselves feel better, pretending that they are part of a different (and superior) subsection of humanity that everyone else is just too beta to understand.

“I don’t identify as a sigma male as such, sigma male is a label that has been entrusted to me for my many deeds and labors.”

I asked Matt what he thought about this, and the pervasive jibe that sigma males are sad incels who ‘can’t lose their virginity because they never lose’. He replied with a ‘your mum’ joke and avoided answering the question.

So far, my venture into Geddes Memorial Prize-worthy investigative journalism was not going too well, and I was beginning to regret selecting only one interviewee for the project. However, my subject redeemed himself in his response to my following question, where I attempted to get to the bottom of the ‘grindset’ concept. What does this even mean, I asked, and is it relevant to sigma male-ism?

Matt first pointed me towards a quote whose authorship he claimed for himself: ‘motivation is what gets you started, habit is what keeps you going’. ‘“After all, every dead body on Mount Everest was once a highly motivated person,” he points out, morbidly but accurately. “The grindset is merely the manifestation of habits designed to achieve a goal. Whether it be waking up at 2:30am to get in 4 workouts before most people have awoken or consuming boiled chicken for breakfast, lunch and dinner, these habits are what get the results.”

I have lain eyes on the very rice cooker in which Matt boils his chicken. He also keeps such a large stack of tuna cans in his room one of his friends voiced concern that he might give himself heavy metal poisoning. However, his unceasing commitment to becoming the Icarus statue given flesh is one I respect, even if it baffles me.

“If you’re not stockpiling gold and silver, you’re doing it wrong.”

I continued the investigation of the grindset with a question about bitcoin, and whether it is as crucial a part of the sigma male identity as the memes have led me to believe. Matt’s answer, in true Ron Swanson fashion, was, “if you’re not stockpiling gold and silver, you’re doing it wrong”. I note this down, vowing to sell my non-existent ethereum and dig a hole in the college quad for my piggy bank at the next available opportunity.

I asked if the creation of a third-party identity opposed to the alpha/beta binary is useful to men generally, or if it just confines them to yet another box. Matt opposed my line of questioning, pointing towards the diagram given below and asking how the depicted hierarchy “wasn’t perfectly clear”. 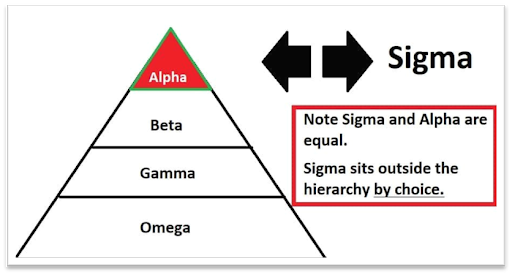 I still think there’s a case to answer for the connection between toxic masculinity and the emergence of the sigma male identity. Part of the reason the movement (if we can call it that) has been so mocked on social media is because it is seen as just another way for men to claim that they’re different, and mark out as superior habits which are generally laughed at (gym bulks, bitcoin, lonerism, etc). I would like to know how many self-proclaimed sigma males really do sit outside of the hierarchy ‘by choice’ as Matt’s diagram claims.

Not too much on my interviewee, however. Matthew Cooke is after all a man who eschewed seeing England play in the Euros final to go to Pure Gym, because ‘it will be quieter when everyone’s watching TV’ and he doesn’t care about football. Although this seemed mad to me, I had to admit grudging respect for refusing to follow the herd.

But on the other hand, to humble him a bit, it should also be noted that Matt has turned Siri off on his phone in case it’s listening, and refuses to wash his hair with shampoo except before haircuts. In his own words: “washing one’s hair was invented by the shampoo industrial complex to peddle snake oils and quack remedies”. It is really annoying for us shampoo users, aka sheeple, that Matt’s hair looks quite good and so I can’t make fun of him for it.

Thus our interview concludes. What have I learnt from it? In all honesty, I don’t really know. The Geddes Prize is no closer in my grasp, and in reading back the past paragraph I seem to have lionised the life philosophy of a man who boils chicken in a rice cooker and actively enjoys rowing. Even though sigma male-ism makes no sense to me, I’m glad it does to him, at least.

The interviewee stipulated that, in return for answering my questions, I pimp out his rowing finsta. I do so incredibly reluctantly here: @m2_for_footship .