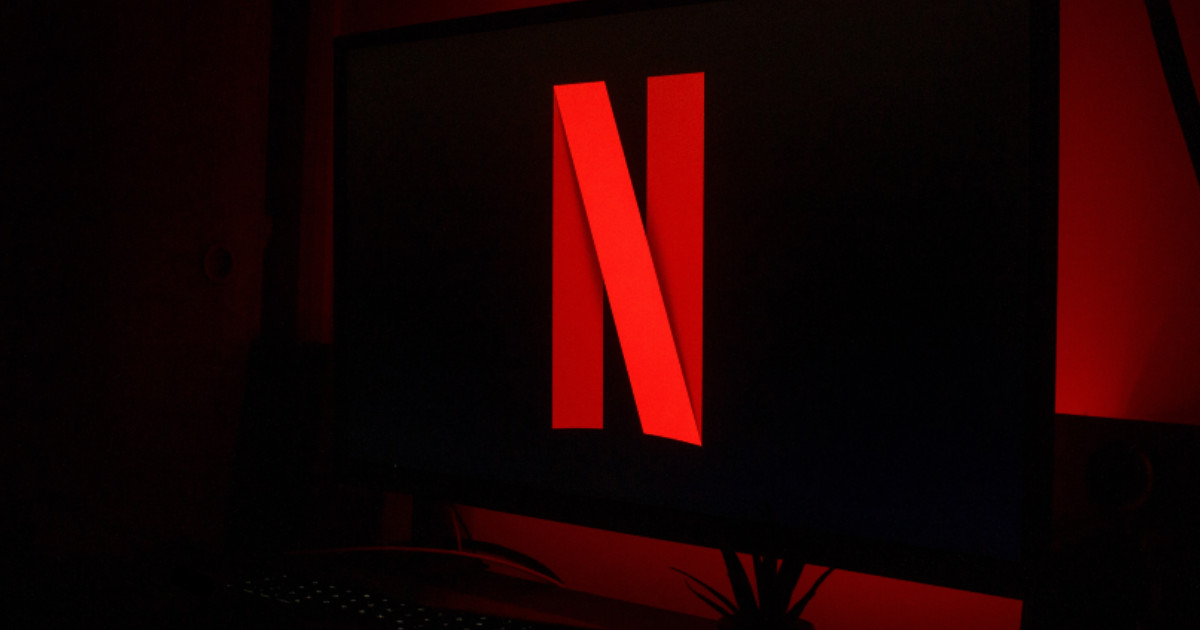 Image Description: An image of the Netflix logo on a screen in a dark room.

It’s a Thursday night in Oxford. You’ve just sent in an essay: it is your best yet, the dog’s bollocks, a 2,500 word stonker. You look for light entertainment and relief without even indulging the thought of queuing outside Bridge in the February drizzle, thronged by eager freshers, all naively hungry for a night of VK-drenched heartbreak and disappointment. You sit in bed, ignore the ogling, pleading Facebook messages of your dear friends and decide to open up Netflix…

You can’t be bothered for the long haul of a series, so — excitedly at first — you opt for a movie. Perhaps a comedy movie. However, you are confronted for the umpteenth time by the same old from Will Ferrell, Jim Carrey and Adam Sandler. You recall that many a time you have entertained yourself for ninety minutes with Step Brothers, Liar Liar and Happy Gilmore.

You fancy a bit of Hugh Grant and even Notting Hill looks appealing until you remember you’ve watched it 16 times already. Even zany Welshman Rhys Ifans can’t even induce a chuckle, let alone a chortle, with his snorkel, his sordid perversion, and his endearing flatulence.

You’re feeling a bit saucy now so you hover on No Strings Attached and Friends with Benefits, before painfully remembering that these two movies are one and the same. My learned reader, you’re well versed in the fruits of 1990s-2010s cinematography and I’m afraid to say, you’ve seen it all before… Mr Bean’s Holiday it is then.

The fact that this process sounds so relatable is a testament to the way in which Netflix has come to dominate the way we consume entertainment. It has drastically accelerated the preeminence of the digital entertainment industry and has come to control what we view, how we view it, as well as what we do in our free time.

Its profound influence on everyday entertainment is impressive given the company’s relative youth (in relation to the years of multifarious human entertainment preceding the dawn of Netflix and the Digital Age, starting off with cave painting, the development of music and dance festivities before taking the leap towards conkers and yoyos).

The company was founded in 1997. The first use of ‘Netflix and Chill’ was recorded in a Tweet by “No Face Nina”  in 2009. Netflix really breached the mainstream in the 2010s according to Forbes magazine. However, only as recently as the lockdowns of 2020-21 has it become such a titanic, square-eyed succubus.

Now there’s nothing wrong with the odd bit of telly: the long overdue instant gratification after a tough day of work. But that’s the rub. Netflix is not telly. Netflix and other digital streaming platforms encourage individual consumption and have utterly eroded communal TV watching.

There was a time when, for the majority of us who own a TV, we watched and enjoyed media together, sharing that crucial telly-time as a family. We had TV remotes, which had batteries, which fell down the back of the sofa along with some melting After Eights and these small material units of currency called coins.

Only 10 years ago, I religiously watched X Factor with my family.  In unison, we heckled Louis Walsh. We loved Simon Cowell and Cheryl Cole. We watched the first auditions of JLS, Olly Murs, and Harry Styles (sorry 1D fans, the others aren’t worth mentioning). How distant the Golden Age of ITV1 seems now, when TikTok was just a brief, forgettable advert with kids doing silly voice overs. How many GenZers even know what ITV is? Communal television is a distant memory.

Of course, if this piece is to pass as something akin to ‘journalism’, it must take into account the other side of the argument. Netflix has platformed some scintillating shows like House of Cards, Breaking Bad, and Peaky Blinders. More recently we’ve had Sex Education and The Witcher. All on-demand, online or offline, easily accessible, and richly enjoyable with a reasonable monthly subscription fee for multiple accounts. When the world came to a standstill, Netflix helped us through a dark time. We shared Netflix recommendations with friends. We Netflixed ourselves into a blissful, ad-free oblivion.

But there are surely better things to do with our time than binge watch Rick and Morty or Squid Game, the jumped up Korean version of the Hunger Games where some of the most powerful characters, The Frontman’s henchmen, look like faceless pink condoms. It’s a bit daft, a tad trite, and the violence is gratuitous.  Any attempt at seeking a deeper meaning in the show as an allegory for the struggle of the everyday citizen in a cruel world of cut-throat capitalism is misguided.

Instead we could limit our viewing habits, maybe even focus on our degrees or — perish the thought! — read a book. My unrequited romance with Netflix is ended. It’s Not-flix for me. She never gave as much as I gave her.