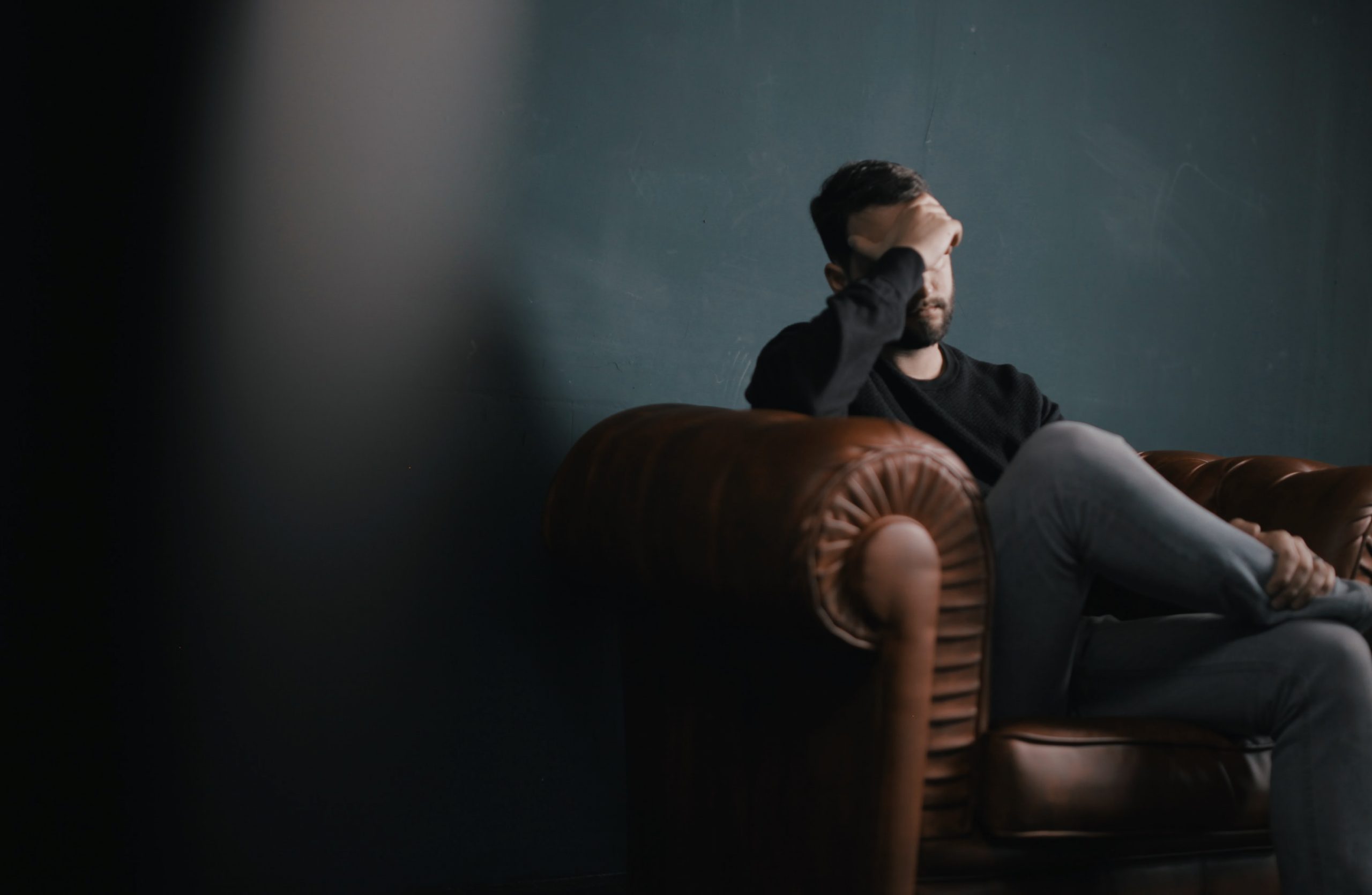 SAD and Me – In Defence of Sun Beds

Image description: Man sitting in a dark room with face in hand.

I miss the sun. I suppose most people do – we’re currently in the gooch of the year, where it’s still dark around 5 pm, and horribly cold, and restrictions mean more or less all the libraries are haunted by the icy winds of COVID prevention. So far, so normal, you might be thinking – no one likes the cold or the gloom, why am I reading this in the identities column? Well, although feeling a little down during the winter is probably a universal experience, it’s one that has a bigger impact on people of colour.

SAD, or Seasonal Affective Depression is exactly what it sounds like – depression that gets worse during the winter, and clears up or disappears completely once the days start drawing out. They don’t quite know what causes it yet; at the moment the main explanation is that a lack of sunlight stops your brain from working properly (the hypothalamus, if you want to be specific). To be honest, it’s probably not helped by the way our lives are so time-regimented under the current capitalist system; It leaves us with little opportunity to slow our lives down a little during the winter months (after all, pre-industrialisation there just wasn’t a lot to do once you’d post-harvest and pre-sowing). Before clocks and timesheets, people’s lives would be moulded around the changing seasons; In the winter, you would simply go to bed earlier and get up later. There hasn’t been any wide-scale research on it yet, but it would be interesting to see whether working from home – which for many has meant saving time by cutting the commute, allowing us to go outside more freely – has made an impact.

More importantly, SAD has a disproportionate effect on people of colour. For one thing, we are more likely to suffer from Vitamin D deficiency, as it is produced in the skin by the action of sunlight: Non-white skin is less efficient at doing this. This deficiency is thought to be a factor in the development of SAD, as it produces extremely similar symptoms – fatigue, mood changes, lethargy. It is also found only in a very small number of quite specific foods, such as oily fish, red meat and egg yolk, so deficiency is actually super common, even in white people. Depressing as it is, in England, our winters are so sunless that no one, white people included, is likely to be able to produce enough Vitamin D from sunlight exposure during the winter, and this gets exponentially worse the darker your skin happens to be. For some of us, missing the sun isn’t just a light-hearted gripe – it’s another deficiency in itself.

So, how should you deal with these deficiencies? The Vitamin D issue can be easily solved – just take a daily supplement (which the NHS website actually advises ‘everyone’ to do September through March). SAD, which you could argue is a sort of sun deficiency, requires slightly more ingenuity to tackle. It’s a question of figuring out what works for you and what you can reasonably do in your day-to-day life, although maximising your exposure to natural sunlight should be the main goal. I have two main strategies for this; both are easily doable, though one which you would probably not find on the NHS website. The ‘good’ advice: I like to try and work at the libraries where you get the most natural sunlight, i.e. any of the ones with big windows. Walking or cycling to or from them is another chance to catch some rays  – and the best libraries are the Vere Harmsworth, the Taylorian, and (the absolute holy grail) – the upper floor of the English Faculty, where the desks are directly in front of west-facing windows, so if you go in the early afternoon on a sunny day it genuinely feels like you’re catching a tan.

Depressing as it is, in England, our winters are so sunless that no one, white people included, is likely to be able to produce enough Vitamin D from sunlight exposure during the winter, and this gets exponentially worse the darker your skin happens to be. For some of us, missing the sun isn’t just a light-hearted gripe – it’s another deficiency in itself.

Which is fitting, because the other thing I do to stave off SAD is use tanning beds. I know what you’re thinking – that they’re melanoma city, horrible, evil contraptions that should’ve stayed in 2005 where they belong (and I’d like to make it clear that I absolutely would not recommend this to anyone who is white – please just buy a lightbox instead, I really don’t want you suing the OxStu if you tan yourself into jerky). I’d also like to make it clear that it isn’t from a place of vanity – if the only reason you’re doing it is to bronze up, that’s probably also a bit dicey.

Disclaimers aside, though, I would (tentatively) recommend it if you really struggle with SAD. The person who recommended it to me was actually my dad – which I like to think adds something to the fact that it’s for mental health.  The main problem with trying to up your sun-intake naturally is that we live in England – there simply isn’t a lot of it about. So, naturally, you have to cheat a little bit.

Chances are that if you have enough melanin to be at higher risk of SAD, you probably also have enough that the occasional (and I mean, say, three times a term at the absolute maximum) sunbed might do you more good than harm. Sunbeds have a terrible reputation and one that is largely absolutely fair.

But, in terms of SAD, I’d say there is a case to be made for using them – for medicinal, rather than recreational usage.