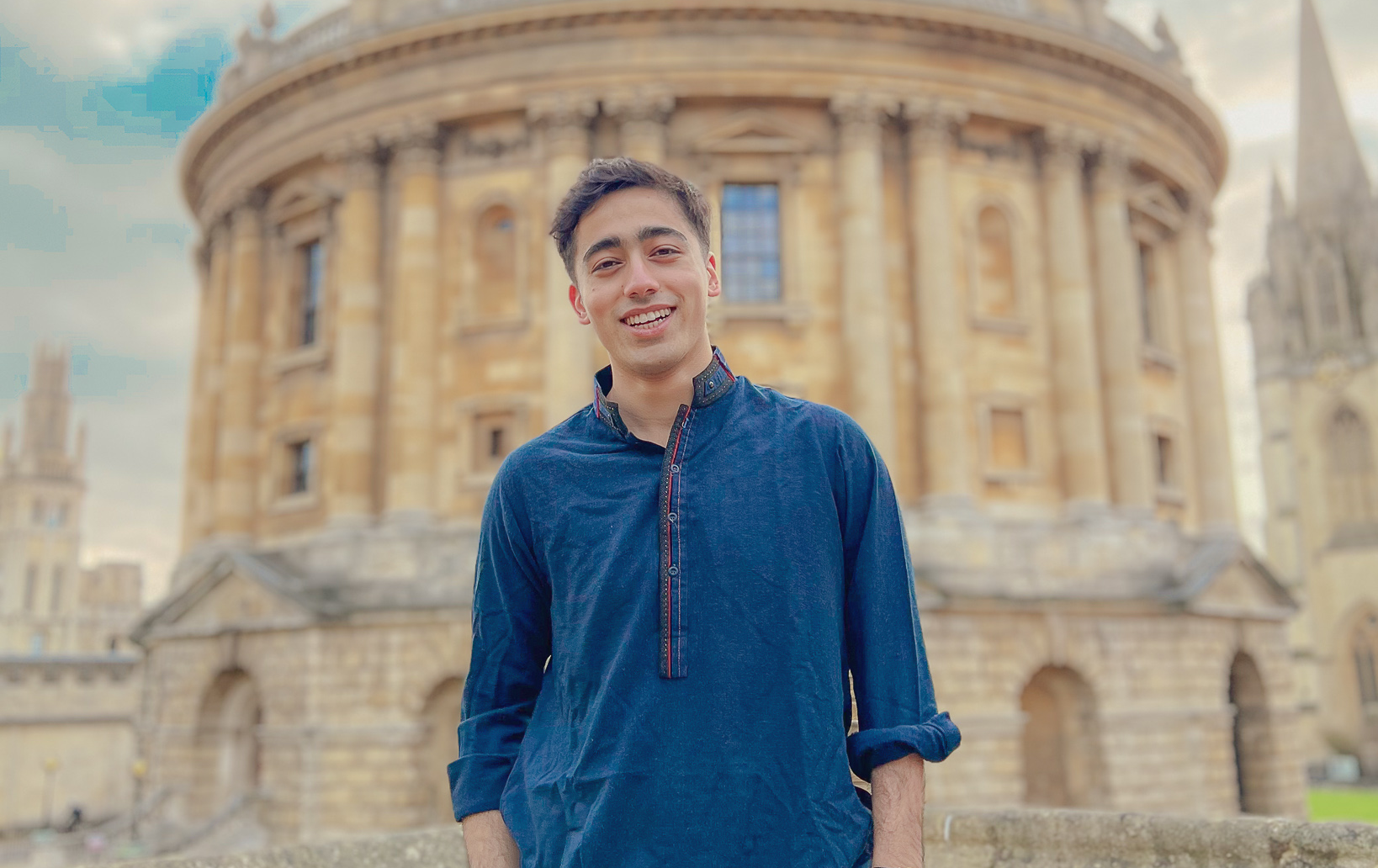 The Story of Ahmad Nawaz

“It’s something I can never actually forget”. The 16th of December 2014 was supposed to be a normal day for Ahmad Nawaz. Going to school with his brother Haris in Peshawar, a north-western city in Pakistan, there was no reason to suspect that the school day of the 16th was going to be any different. It was just another part of Ahmad’s life. It was routine, normal.

Also routine and normal growing up in Peshawar were the terrorist attacks. Born in the city to parents who had lived there all their lives, Ahmad tells me bomb blasts and attacks were simply “part of our lifestyle”. Tragedies weaved their way into the school days and nights – you would hear, he says, of explosions miles away in the city, or of a friend’s dad who died in an attack the day before. “It happens around you, sure, but until it happens to you, you don’t take it seriously. You grow up with it, it’s part of your life, you know?”.

“That was that moment. You’re fighting for your life, your family is in pieces, and your brother is dead. It’s the lowest moment of your life – it couldn’t get worse, I thought”

The 16th of December 2014 was the day it happened to Ahmad. What “started as a normal day” saw terrorists enter the school auditorium where he, his brother and his friends were watching an assembly, and immediately start “shooting people down”. This was no hostage situation but a full massacre. Ahmad tells me of the bodies piled around the doors, the friends lying face down next to him. They were dead, and Ahmad realised it was his turn next. A gunman pointed a rifle at his head but missed, shooting him in his left arm instead. “Survival instinct kicked in” and Ahmad played dead. He may have survived the attack, and around him were those who weren’t so lucky.

On the phone with me on a Friday afternoon what strikes me most about Ahmad is the extraordinary calm in his voice as he recounts the day’s events and moves onto his time in hospital. Waking up in a bed the day after the attack his first thought is his brother. “Where’s Haris?”, Ahmad asks his parents. They evade, saying that he’s “just fine”, that “he’s in a different hospital”. “Two weeks later I found out he was killed in that attack”. Haris Nawaz, Ahmad’s younger brother by only a year, was shot by the Taliban in that same auditorium.

“You know there are moments in life where you think that it can’t get worse? For me, it was the day I found out about Haris. Not the day of the attack, but two weeks later. That was that moment. You’re fighting for your life, your family is in pieces, and your brother is dead. It’s the lowest moment of your life – it couldn’t get worse, I thought”.

A month later and Ahmad has been flown to a hospital in Birmingham in the UK for treatment to save his left arm. “There’s English people speaking to me in English only” – Ahmad knew none of the language at the time – “you’re moved to the UK with your parents and your brother. You know no one, no culture, no language. You’re suffocated: what the hell is going on?” It was the effect on his parents that upset Ahmad the most; they “were broken, in pieces”, but “acted as if it’s all fine”.

The time he spent in the hospitals hasn’t left him. “God, I saw a lot of pain”, he tells me. But it got him thinking – “what can I do to make sure other people don’t have to go through this stuff?”. He laughs for a second. “What a cliche, but all that stuff makes you feel the pain of others for once. The news doesn’t usually affect you. An attack in Syria, four families lost; it’s other people and you don’t understand the pain.”

“But that moment I got it. I clicked. I understood. It had happened to me. That was the moment where my life had two choices – I can forget about this all and try to be happy, or I can do something to ensure people don’t have to go through the pain my parents and I did.”

“You know no one, no culture, no language. You’re suffocated: what the hell is going on?”

Ahmad now raises the question of radicalisation. How do these kids end up doing stuff like this? How can they not understand what they make other people go through. Ahmad realised his mission: youth empowerment. “The best way to stop these children getting radicalised is to go around and speak to others about my story. If you gain the courage to speak to them, to get on their level, maybe they’ll finally understand. That was my job. It was something I had to do.” So he went around schools talking about his experience on that fateful day. “It’s about empowering other people to do this stuff too”.

An issue is that children in Peshawar and similar regions are illiterate – “they can easily get indoctrinated into becoming terrorists”. To that end, Ahmad set up his ‘Empowerment Project’. Syrian refugees had fled into Lebanon, and camps provided food and shelter but no education. Fundraising in the UK Ahmad managed to build a school near the Syrian border to give these children the learning they needed. He set up further provisions for the north-western regions of Pakistan, too: “it’s self-sustaining at this point. Three hundred kids and counting!”.

Back in the UK Ahmad got enlisted by the government to speak to schools and encourage counter-terrorism and antiradicalisation efforts, leading the ‘Action Counters Terrorism’ campaign. In 2015, less than a year after the attack, he was invited to the House of Lords to speak about his efforts. A few years ago he was given a Princess Diana legacy award for his impact speaking to schools across the nation.

“From the hospital bed to here, that was a moment of “I’ve come so far””

There are further, equally impressive awards and events Ahmad’s got – it’s a pretty stacked LinkedIn CV, it must be said – but he told me the peak was when he was personally invited by the President of Portugal, Marcelo Rebelo de Sousa, to deliver the keynote speech at the opening ceremony of the 2019 Estoril Conference. Meeting Nobel prize laureates and other public figures, it was a moment where Ahmad could, for once, look back on what he had accomplished. “From the hospital bed to here, that was a moment of “I’ve come so far””.

It’s a inspiring rise in just five years, bouncing back from a terrorist attack that left him injured, his brother dead and his family shattered, to speaking to children and Nobel laureates alike about his experiences. Studying Philosophy and Theology at Lady Margaret Hall – the same college where Malala Yousafzai went – Ahmad’s intention on graduating is to go back to Pakistan and continue his work. “There’s always more change to enact, more people to empower. There’s a whole lot of living I have left to do”. Ahmad’s enthusiasm in spite of everything he’s been through is remarkable. He has to wrap up the call to go write a tutorial essay; even people like him have to write 2,000 words on quantitative easing by 5pm tomorrow.

“I hope my brother can look down and be proud of what I’ve achieved over the years. It’s all for him and my family”. The phone call ends, but Ahmad’s calls for change and youth empowerment continue.