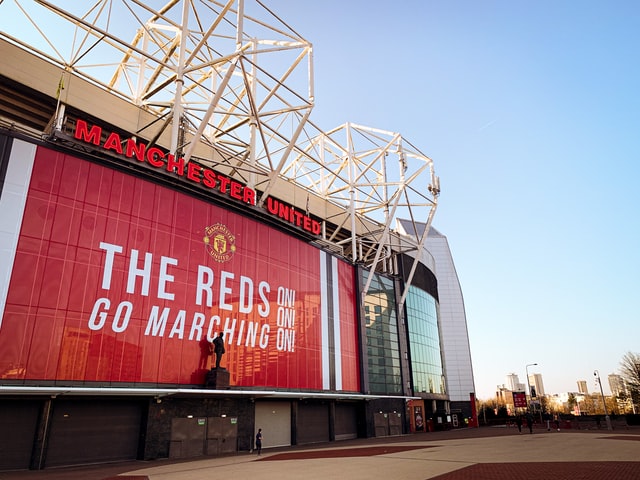 Despite the fact the War of the Roses ended over 500 years ago, its battles continued to be played out on a football pitch as opposed to a battlefield. I’m referring of course to the derby between Manchester United and Leeds United which so far this season has provided two gams of impeccable entertainment for Manchester United fans; 9 goals scored, titanic individual performances and in our most recent meeting on the 20th February, one of the greatest comebacks of our season. As a Manchester United fan, I celebrated crazily when Brazilian midfielder Fred placed his shot comfortably in the nearside of the goal. This game was the epitome of Man United’s season so far; with great moments of individual excellence from our world-class attackers, unbelievable comebacks which invoked the days of “Fergie Time” (when late winners and drama were commonplace), and above all else passion.

Our season began, rather fittingly, with a 5-1 win over Leeds United in a game which displayed our vast wealth of attacking options, as Bruno Fernandes netted a hattrick and Paul Pogba managed the feat of 4 assists in one match. United were on a high in those first few weeks of the season, as we sat top of the league even before re-signing club legend Cristiano Ronaldo, who looked likely to solve our problems of not finding a long-term solution to our striker issues.

Unfortunately, even the brilliance of Ronaldo couldn’t steady the ship of United’s fortunes, which had been sailing on choppy waters for almost as long as I could remember as a United fan.

Whilst I supported then-manager Ole Gunnar Solskjaer throughout a turbulent period of mediocre performances and a complete collapse of our defence, his position became rightly untenable following a crushing 4-1 defeat to Watford in November which would lead to his sacking as manager after 2 years at the club and many memories. I was so scarred by the match that it put me off for months afterwards the CyclingGK youtube channel, hosted by Watford goalkeeper Ben Foster, himself a former United player.

Ralf Rangnick’s appointment as manager was certainly a shock to me, but one that I welcomed due to his fierce reputation not only as tactical genius, but also someone with experience at reorganising clubs in the backroom for long-term success. Sadly the only genius which Rangnick has so far brought with him is his genius in recognising the horrific imbalances present within the team, namely with our midfield. Since then, results have been as shaky as me when I have to watch them make terrible mistakes on the pitch for 90 minutes. Learning from our inconsistency, I hesitate to suggest that our performances in the past two games versus Brighton and Leeds are a good sign, despite the obvious improvements in our tactics in these two games. Our success tactically can be seen in our impressive record of corners, as after 140 attempts, United finally scored directly from a corner against Leeds, with Captain Harry Maguire (nicknamed slabhead in case you didn’t know) heading a bullet header past Leeds keeper Illan Meslier.

Sadly the only genius which Rangnick has so far brought with him is his genius in recognising the horrific imbalances present within the team, namely with our midfield.

While most of our team have had incredibly inconsistent form this season, the enduring reason for the team’s inconsistent form overall during the past 3 or 4 seasons, two players in particular have set themselves apart as indispensable to the team. The first is someone who is more of a personal choice considering most other United fans seem to consider him mediocre, and that’s Scott Mctominay, who’s adaptability and dependability has shone through in a turbulent season. The second is a man who has revived his career amazingly this season, and that is club legend and token man with amazing hair, David de Gea, who looks set once again to win our player of the season award based on his form so far. This man’s importance to the team cannot be understated and anyone who has watched enough of United play this season will testify to the fact that he has saved us from countless mistakes which should have led to goals. His successes and redemption this season have also been an incredibly personal thing for me, as de Gea was a player I grew up admiring in the early years of my love for the club, and one of the main reasons I would play as a goalkeeper whenever I had the chance to play football until recently when I realised that I wasn’t likely anymore to grow taller than 5 foot 9.

As ever, the Champions League provides the greatest opportunity for United, and all my hopes and fanbases’ hopes are placed on Cristiano Ronaldo, Mr. Champions League himself, to deliver in the competition and give us a chance at lifting a trophy at the end of this season.

After all, this is United’s longest drought of a trophy since the late ‘80s when Sir Alex Ferguson first became manager.