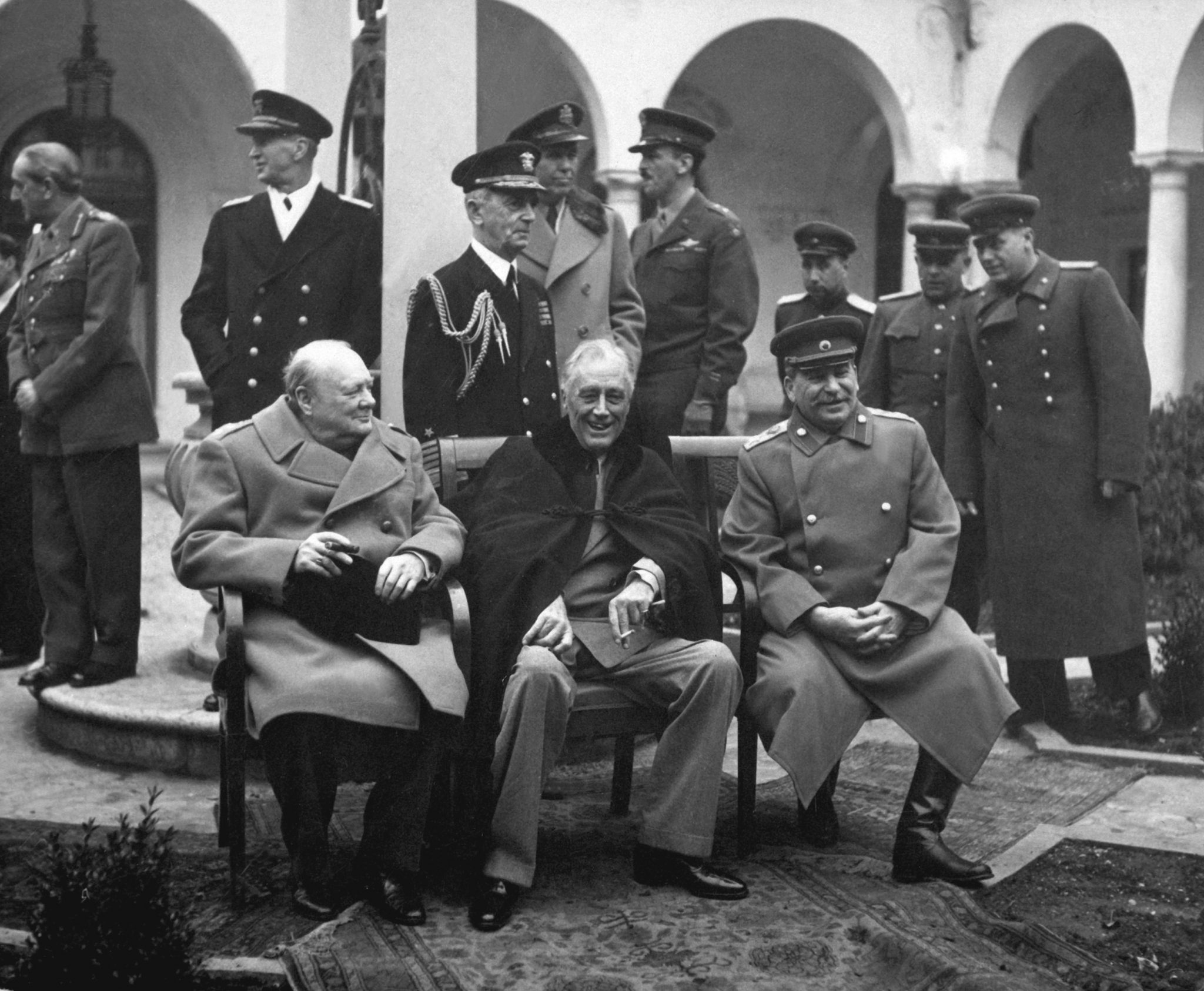 Image Description: The Big Three at the Yalta Conference of February 1945, where a new global order was forged.

Are we heading towards WW3? Global nuclear war? Unlikely, but we are likely to witness the advent of a new global order after Russia’s invasion of Ukraine.

The crisis in Ukraine is part of a series of troubling developments contributing to the threat posed to the west by authoritarian powers such as Russia and China. 2022 may be a turning point in the structure of the global order and the decline in the west’s influence over the world looks set to accelerate for the worse. Today, the USA faces suffocating political partisanship with nearly half the country not recognising the sitting president as legitimate and political divisions are likely to be exacerbated by a Republican victory in the midterms.

The UK is outside of the EU and its relations with major European powers such as France and Germany are more strained than ever.

Europe is particularly vulnerable due to its lack of unity and strategic coherence.

Germany’s politicians are still divided over the decommissioning of the Nord Stream 2 pipeline, which makes Germany even more dependent on Russian gas imports. We also have an increasingly assertive China that is now economically and militarily rivalling the United States.

The west was not in a good position in 2022 anyway and now the situation has worsened due to Russian aggression in Ukraine. Russia’s president, Vladimir Putin, spewed a cacophony of untruths in his address to the nation on the 21st of February. He proclaimed that all former members of the USSR belong to Russia and that includes Ukraine, as it was created by Lenin. Putin’s actions show that the west isn’t viewed with the same respect as it once was and authoritarian powers feel that they can exploit a west that is in decline and overwhelmed by division.

China, believing this too, is threatening Taiwan with offensive military action. It seems clear to many that it won’t be too long before they make a major incursion in Taiwanese sovereign territory to bring Taiwan under the banner of the PRC. Jinping will be watching how events unfold in Ukraine and if the west’s response is weak and disunited, that is likely to embolden him to launch military action against Taiwan and be more assertive on the international stage.

This should all be a massive wake-up call for the west and its leading international institutions, the EU and NATO, that they must forge a new course.

Their objective should be simple. The west must ensure that by the end of this decade China and Russia are not the new power brokers in a new world order. So the west must change.

The west will find its strength in unity of action. Immediately, NATO should aim to set the minimum benchmark of defence spending at 3% instead of 2%. The four key powers of NATO, the United States, UK, Germany and France should commit further troops to defend NATO’s eastern border from Russia. Heavy sanctions must be placed on Russia, such as freezing the foreign assets of Russia’s major banks, oligarchs and prohibiting its access to Swift. Ukraine, if it is not occupied, should continue to be heavily armed with defensive and offensive weaponry to further slow the Russian advance. The EU and Britain must improve their relations significantly to maintain a stable Europe that can counter Russian aggression. On the other side of the world, the United States must coordinate more closely with Pacific allies such as Australia, Japan and South Korea to confront the rise of China.

India is also a key player. It is the most powerful non-aligned country in the world and while they have a tense rivalry with China, they have cordial relations with Russia, so they could potentially act as a mediator in this crisis. India will soon overtake China in population size, as well as the United Kingdom in economic size. When this is combined with its status as a nuclear power, it becomes imperative that the west builds a close alliance with India. The west must unite in order to prevent the formation of an axis of Russia, India and China.

Finally, on the issue of Taiwan, the USA must be unambiguous with China in stating that any incursion in Taiwan would be met with American military aid. China has been inching ever closer to an incursion, testing the USA’s commitment to defending Taiwan with statements by Xi Jinping on his One China policy and breaches of Taiwanese airspace.

Authoritarian powers, such as Russia and China, only back down when a nation stands up to them.

They will continue with their expansionist and imperialist geopolitical strategies and erode western power unless action is taken. Sometimes the only action powers such as Russia and China understand is force.

The west must set a new course to ensure that it maintains its positive influence in the world. We must do this for the sake of the values and ideals that we hold to be too valuable to lose. Liberal democracy, the rule of law and fundamental freedoms, such as freedom of speech, assembly and religion and are under significant threat if we do not fight for them. Nations and peoples the world over are far better off with the values upheld by the west than with the ideals of states like Russia and China.