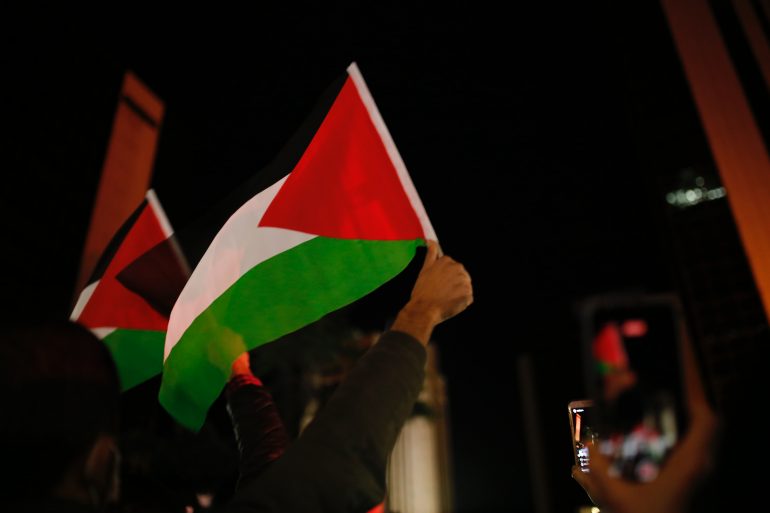 A wise man (and fellow History & Politics student) once said that “the Israel/Palestine conflict explodes every seven years or so. Missiles are fired, civilians killed, and ceasefires eventually drawn up. Aside from these episodes, it has become almost a fact of life in the Middle East, ignored and accepted as the unfortunate consequence of an intractable conflict”

Yet in truth, the conflict should be far from intractable. While extremist positions linger on both sides, mainstream opinion in both countries is not as polarized as some would suggest. Both the PLO (the body which is internationally recognized as the Palestinian authority) and the state of Israel at least notionally recognize that two states must exist, that a future state of Palestine must control the vast majority if not all of the West Bank (Jordan valley excluded) and Gaza, and that the legitimacy of the state of Israel must be accepted. It is the role of Jerusalem which has dogged negotiations for over half a century, with both sides claiming sovereignty over the city and demanding that it act as their capital.

“…the Israel/Palestine conflict explodes every seven years or so. Missiles are fired, civilians killed, and ceasefires eventually drawn up.”

I’ve been fascinated by the Israel/Palestine conflict for years, and, following the recent publication of Amnesty International’s report into the conflict (it provoked controversy by stating what some would regard as the obvious; namely, that Israel operates a system of apartheid which brutally discriminates against Palestinians, I was able to speak to Ambassador Husam Zomlot, who is the PLO’s Head of Mission to the United Kingdom.

Zomlot was “buoyed” by the report, which he believes will focus minds on Israeli transgressions of international law. He posits that it will help him pursue his three main objectives as ambassador: (a) UK recognition of the state of Palestine, (b) more forceful UK criticism of [Israeli] violations of international law, and (c) buildup of international momentum to pressure Israel which might follow on from action from the UK government. He tells me he has “hope for the younger generation” in the West; polling suggests that younger people in both the US and UK are far more inclined to harbor pro-Palestine sympathies than their older counterparts.

Zomlot has an unconventional but highly impressive biography. Originally from Gaza (making him a considerable asset in the quiver of the PLO, which lost control of the strip in 2006), he grew up in a refugee camp before studying International Relations at SOAS. After graduating, he climbed the ranks of the organization before becoming Head of Mission to the United States, a post he held until being expelled from the country by the Trump Administration in 2018. It was at that point that he was relocated to London.

Given his past experience in the US, I began by asking the ambassador about the Abraham Accords, which saw the United States orchestrate the normalization of relations between Israel and several Arab countries (including the United Arab Emirates and Kuwait). I posit that the episode was surely a failure of leadership on the part of the PLO and a disaster for the Palestinian cause. He seems to concede the latter, saying “we need more, not fewer, incentives for Israel”, but not the former, asserting that the fundamentals of the conflict remain the same. Looking from the outside, however, is hard not to wonder which friends Palestine has left in the international community; if Saudi Arabia were to normalize relations with the Jewish state (as many suspect it will in the coming years) Israel would have succeeded in isolating and marginalizing the PLO as a fringe organization in an Arab world which sees it as expandable.

Despite the historic role of the US in attempting to forge peace between the two sides, Zomlot is skeptical that the country can act as a balanced and good-faith mediator in future negotiations. I posit that, at least for a time (particularly under the Presidencies of George H. W. Bush and Bill Clinton), the US came closer than any other foreign power to forging peace between the two sides, and was capable of arbitrating. Zomlot, however, rejects this, stating that Trump “took the veil off” of a bipartisan US policy agenda whose overt pro-Israel nature made mediation impossible. “The US has always used carrots rather than sticks when dealing with Israel” he tells me, and the Trump presidency only formalized and publicized a policy that had long been in effect. It is hard not to agree with Zomlot regarding the overt bias of the United States since at least the George W Bush Presidency, and President Biden, having promised to reopen the PLO’s mission in DC and resume aid to the state of Palestine is “different only by words”. His actions remain largely to be seen, and his unequivocal support for Israel during last spring’s unrest between the two sides is not promising.

“….Trump “took the veil off” of a bipartisan US policy agenda whose overt pro-Israel nature made meditation impossible.”

But what of the PLO? Surely it has a responsibility for the catastrophically bad realities of everyday life in Gaza and the West Bank. Was it not, in retrospect, a fatal error of judgement to reject Bill Clinton’s entreaties for peace, which would have seen joint sovereignty over the Haram-el-Sharif and a shared capital in Jerusalem. Zomlot rejects this assertion on the basis of the intricacies of these proposals; he repeats the PLO position that Jerusalem should be the capital of a Palestinian state (without shared sovereignty) and asserts that a demilitarized Palestinian state “assumes that we are the aggressors… when in reality Palestine is the victim of aggression and Israel has the fourth strongest military on earth”. One cannot disagree with these remarks, but they miss the crucial reality that Israel has the most to gain and Palestine the most to lose from a perpetuation of the status quo. One can only assume that these claims are repeated as a starting point for negotiations rather than a red line, although Arafat’s rejection of the Clinton/Barak offer might lead to tempered optimism on this front. And Zomlot’s labeling of the recent ouster of Benjamin Netanyahu and inauguration of a new, more moderate Israeli government as a mere change in “personalities” and not “policies on the ground” does not bode well for the chances of an imminent peace agreement.

Finally, we discuss Hamas. Does its control of the Gaza strip not put Israel in an impossible situation, having to negotiate with an entity which has pledged to destroy it? Zomlot makes a reasonable observation in stating that Israeli policies of discrimination and oppression began long before Hamas took control of the Gaza Strip in 2006. Hamas’s increasing popularity (it may well win any future Palestinian election) is increasingly seen as an inevitable consequence of the PLO’s supposed failure to govern effectively (62% of Palestinians were in favor of the resignation of Mahmoud Abbas according to a September 2019 poll). A Saudi prince is once said to have declared: “The Palestinian cause is a just cause, but its advocates are failures. The Israeli cause is unjust, but its advocates have proven to be successful”.

But is this assertion not ultimately a rejection of the reality that the PLO, despite its failings, is in a no-win position. If it takes a more conciliatory approach towards Israel, cooperating on anti-terrorism initiatives and making concessions in peace negotiations, it will inevitably be accused by Hamas and others of being in cahoots with the oppressor. If, on the other hand, it takes a more hardline approach in order to politically marginalize its competition to the right, it faces the brutal reality of an increasingly right-wing Israeli political landscape which refuses to compromise. Until the international community, America included, incentivizes both sides with carrots and sticks to compromise on the future of Jerusalem, we may well see another cascade of violence in six and a half years. And that only ever benefits one side of this brutal, bloody conflict.