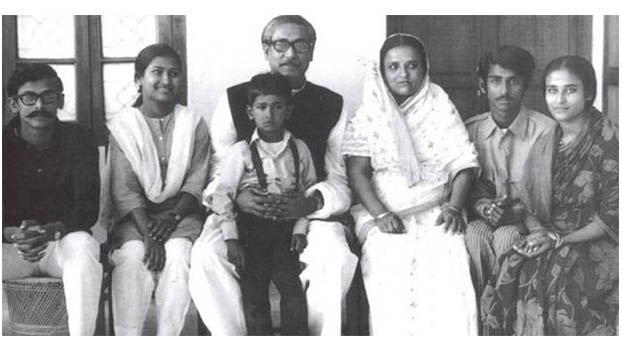 [O Mother, words from your lips like nectar to my ear:

If sadness, casts a gloom on your face, my eyes

My Golden Bengal, I love you]

– from the Bengali National Anthem

The 21st of February is the anniversary of the day the people of Bangladesh (then East Pakistan) fought for recognition of the Bangla language.  Even now, in the wake of all that is happening, it’s difficult to imagine a world where it is rebellious to speak the language you grew up with – perhaps the only language you have ever known. But that’s what occurred in Bangladesh in 1952, where to speak was to speak against. From an outsider perspective, it is a reminder of great injustice as well as great courage; from an insider perspective, it is a reminder of the importance of my mother tongue.

Although Bangla is my mother tongue, I stopped speaking it for a while when I was younger because I didn’t grow up in my motherland. Though it was primarily the language my mum spoke to me, since she understood Dutch (my first language), it didn’t seem necessary for me to keep speaking Bangla. But Mandela was right when he said that speaking to someone in their own language is to speak to their heart rather than their head. When I began speaking Bangla again, my conversations with my mother transformed; instead of speaking to her in words diluted by translation, we were now communicating with our hearts. It also created a truer bond with my extended family, as a show of respect and appreciation. I felt like the least I could do for a mother who worked so hard and a family who loved me so much, was to speak to them in their native mother language.

But it isn’t just your quality of communication, which is improved when you speak a different language, it’s also the quantity of communication. Speaking words of humour, words of anger, or words of love in in Bangla so different to speaking to them in English, and many multilingual people attest to the fact that this diversity of use is true for all languages. And maybe it can be frustrating when a joke doesn’t quite translate across languages, or when you have the perfect word of phrase in one language, but it doesn’t exist in the other. But none of that matters when considering that the name Maggie reduced my family into tears of laughter because it’s a grave insult in Bangla. Or the fact that I can get away with calling my mum aloo vorta (mash potatoes) but if I insult her in English my life is over. There is something so powerful about the fact that the sacrifice of millions of people all those years ago are the reason I get to call my mother “Amu”.

One’s mother tongue is an insight to their past, their present, and their future. The phrases they use, their accents, their vocabulary they are all a testament of where they have come from, and the meanings of the words they say speak to the people they are now, even as the impact of those meanings have the power to influence what will happen later. All those ideas speak to an incredibly complex individual identity and even more complex community.  Although I might speak Bangla fluently, I don’t speak it like a native and that bothered me until I read this poem by Rabindranath Tagore and I encourage everyone who doesn’t feel as connected with their mother language to do the same:

And when old words die out on the tongue,

New melodies break forth from the heart.

And where the old tracks are lost,

New country is revealed with its wonders